SEOUL, June 16 (Yonhap) -- North Korea's military said Tuesday it is reviewing plans to reenter border areas disarmed under inter-Korean agreements, days after the North threatened to take military action over the sending of leaflets by activists from South Korea.

The General Staff of the Korean People's Army (KPA) also revealed that the North would send its own propaganda leaflets into the South, saying it is considering opening front-line areas and waters off the southwest coast to cooperate for a "large-scale leaflet scattering struggle against the enemy."

"Our army is keeping a close watch on the current situation in which the north-south relations are turning worse and worse, and getting itself fully ready for providing a sure military guarantee to any external measures to be taken by the Party and government," the General Staff said in a statement carried by the Korean Central News Agency.

The KPA is studying "an action plan for taking measures to make the army advance again into the zones that had been demilitarized under the north-south agreement, turn the front line into a fortress and further heighten the military vigilance against the south," it said.

It did not elaborate on where the border areas would be, but they seem to be referring to regions around the western border town of Kaesong and Mount Kumgang on the east coast from which the North previously withdrew troops where the now-shuttered joint economic and tour projects were under way. 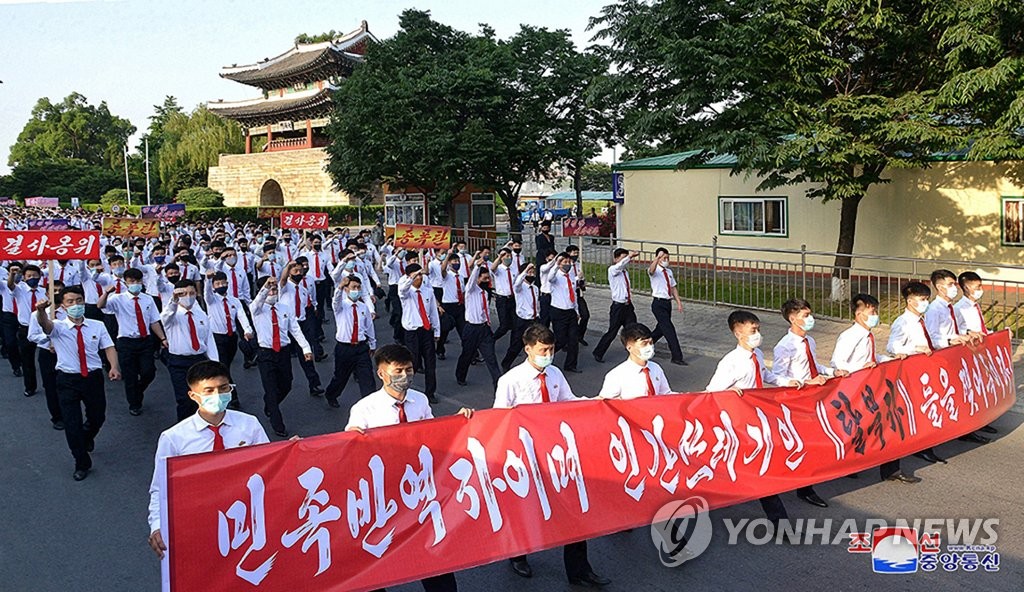 "We also accepted an opinion on opening many areas in the ground front and southwestern waters and taking a thorough-going security measure for positively cooperating with our people from all walks of life in their large-scale leaflet scattering struggle against the enemy that is expected to take place," it said.

"We will map out the military action plans for rapidly carrying out the said opinions to receive approval from the Party Central Military Commission," it added.

The moves came after Kim Yo-jong, the powerful sister of North Korean leader Kim Jong-un, on Saturday threatened that Pyongyang will take a "next step" against the South and gave an instruction for the General Staff to take necessary measures.

Last week, North Korea defined South Korea as an "enemy" and vowed to cut off all inter-Korean communication lines in the first in a series of steps it will take against South Korea.

The North also threatened to dismantle a now-shuttered industrial park in Kaesong and scrapping a military tension reduction agreement signed in 2018 that calls for a halt to all hostilities along the border.