SEOUL, June 16 (Yonhap) -- North Korea's western border town of Kaesong and the Mount Kumgang tourist zone on the east coast appear to be the most likely areas where Pyongyang could send troops following its threat Tuesday to reenter demilitarized border regions, officials and experts said.

The General Staff of the North's Korean People's Army said it will send troops "into the zones that had been demilitarized under the North-South agreement, turn the front line into a fortress and further heighten the military vigilance against the South."

The general staff is comparable to South Korea's Joint Chiefs of Staff.

The statement did not elaborate on where the border areas would be, or which agreement it was referring to, but Kaesong and Mount Kumgang, which hosted a now-suspended inter-Korean industrial complex and a joint tour program, respectively, are the most likely options. 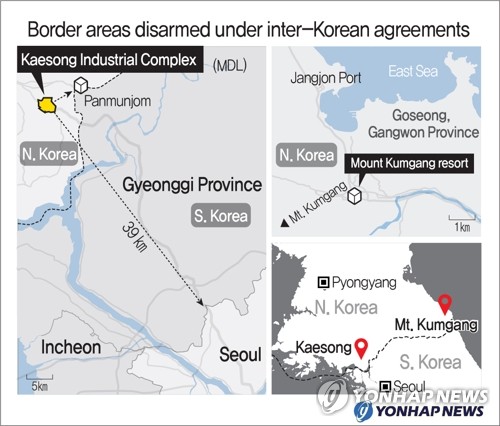 Kaesong was the North's key military foothold before the joint industrial park was built under an agreement reached at the first-ever inter-Korean summit between then-South Korean President Kim Dae-jung and the late North Korean leader Kim Jong-il in 2000.

The complex was suspended in 2016 following the North's nuclear and missile provocations.

The town now hosts the two Koreas' joint liaison office, though it was also temporarily closed in early January amid concerns over the new coronavirus. Seoul and Pyongyang opened the office in 2018 as part of efforts to facilitate cross-border exchanges and cooperation by keeping a communication channel up and running around the clock.

The port of Jangjon near Mount Kumgang was also a military base before it served as the main gateway to the mountain resort for South Korean tourists traveling via cruise ship.

The joint tourism business, which began in 1998, came to a halt in 2008 after a South Korean tourist was shot dead near the resort for allegedly trespassing in an off-limits area.

Last year, South Korean officials said they were keeping a close watch on the port amid reports North Korea was constructing new buildings in the area with military vessels appearing more frequently than before.

North Korea could also restore guard posts at the Demilitarized Zone (DMZ) separating the two Koreas, which had been demolished following an inter-Korean military tensions-reduction deal signed in September 2018.

Under the pact, the two sides also agreed to disarm soldiers and remove landmines in the truce village of Panmunjom, also known as the Joint Security Area, which was the only place in the DMZ where South and North Korean forces stood armed face-to-face.

Yet a military official said the North's latest statement was not a declaration of the nullification of the pact.

South Korea's military has heightened its monitoring of the North and urged Pyongyang to comply with the inter-Korean pact to halt all hostile acts against each other.

"It is our basic stance that the Sept. 19 military agreement should be kept," defense ministry spokesperson Choi Hyun-soo said in a regular press briefing on Tuesday. 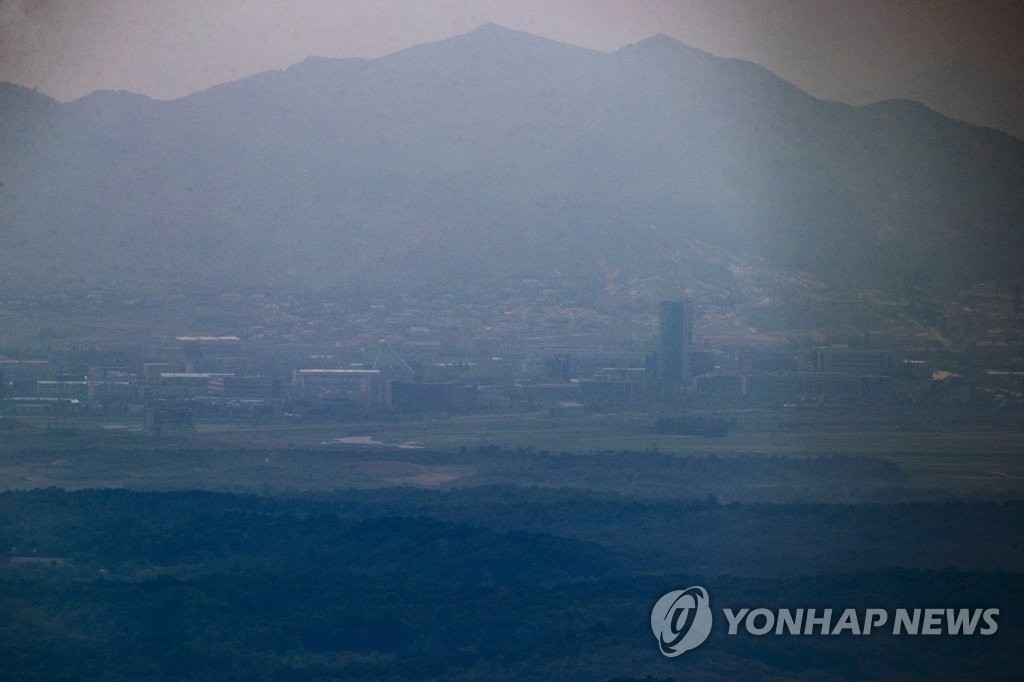