SEOUL, June 16 (Yonhap) -- As campuses have transitioned to online institutions due to the coronavirus pandemic, schools are left with an agonizing question: Should students be trusted to take online exams and not cheat?

While most students uphold academic honesty, some care more about receiving better grades by looking up answers online or consulting their friends while taking remote tests.

With the number of such cases showing no signs of slowing, schools have come up with a variety of measures to ensure a level playing field. 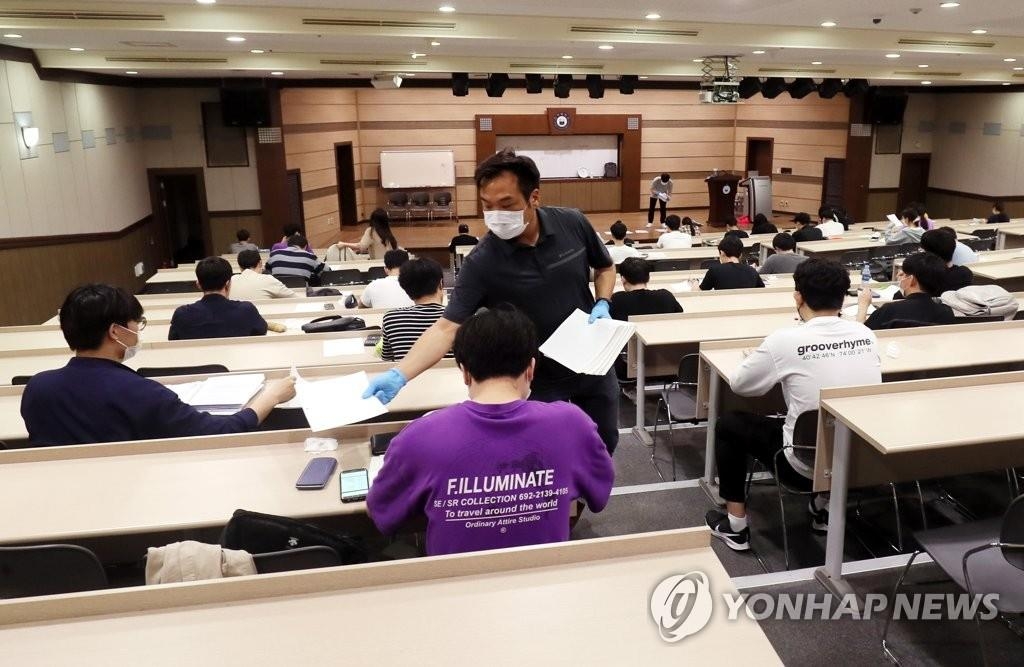 Earlier this month, more than 90 medical students from Inha University in Incheon, west of Seoul, were found to have cheated during remote exams. The school said they gathered at a specific location in a group of two to nine to take tests together or compared their answers via telephone or social media platforms.

To prevent its recurrence, the university has toughened its anti-cheating measures for remote final exams that are taking place from Monday to next Tuesday. The school demands students submit an oath of academic honesty, use an online proctor system and videotape themselves taking the tests. Those who are suspected of cheating could be required to take a verbal test.

In an open letter to students Monday, the university's Vice President Paik Jun-ki acknowledged that students are left in a situation where temptation of cheating is "so near."

But he said the school will respond to any dishonest acts during a test with "zero tolerance" to protect innocent students and the integrity of the school. 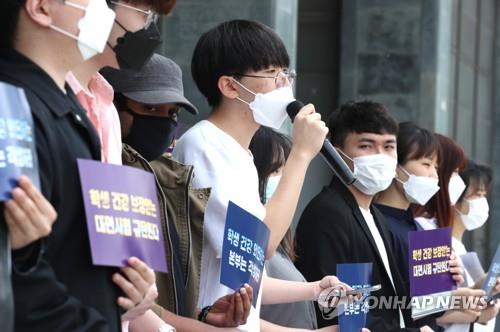 Some universities move to ensure more flexible grading system, given the unique learning circumstances during the pandemic where it is next to impossible to completely control a testing environment.

Last Thursday, Sogang University in Seoul announced it will adopt a new grading system of pass or fail, following its previous announcements on sticking to take-home tests and adopting an absolute grading system for all classes.

It is expected to give students greater flexibility in managing their grades as they will be able to either keep their letter grades or turn them into a passing or failing score.

When announcing the change, the university said the new system will make up for any shortfall arising from online test-taking.

"Out of concerns that some students' cheating could tarnish the fairness of online tests, we have decided to allow students to choose between a successful and unsuccessful score," read the statement posted on its website. A grade higher than a D is considered a passing one.

Meanwhile, some universities are taking a much tougher stance to discourage cheating by sticking to paper-and-pencil tests under the watchful eye of a proctor.

On Monday, more than 100 students of Hanyang University took their final exams at Hanyang University Gymnasium, which was built in 1986 and has a capacity of 8,000 people for the purpose of hosting some of the 1988 Seoul Summer Olympic Games.

At the entrance, a thermal imaging camera checked the temperatures of test-takers. Desks and chairs were spaced out. Students were required to fill in the questionnaires on their physical condition.

The decision came in the face of strong opposition from the student council that demanded take-home tests out of health concerns.

The university president sent out a letter to students last week that the school would do its best to ensure both fairness in grading students and safety amid the COVID-19 pandemic.

"We are making every effort possible to make sure there is effective education and fair evaluation," President Kim Woo-seung said. "The school will manage the testing environment while thoroughly maintaining quarantine measures, including mask use and social distancing, known as the most effective ways to prevent the spread of the virus." 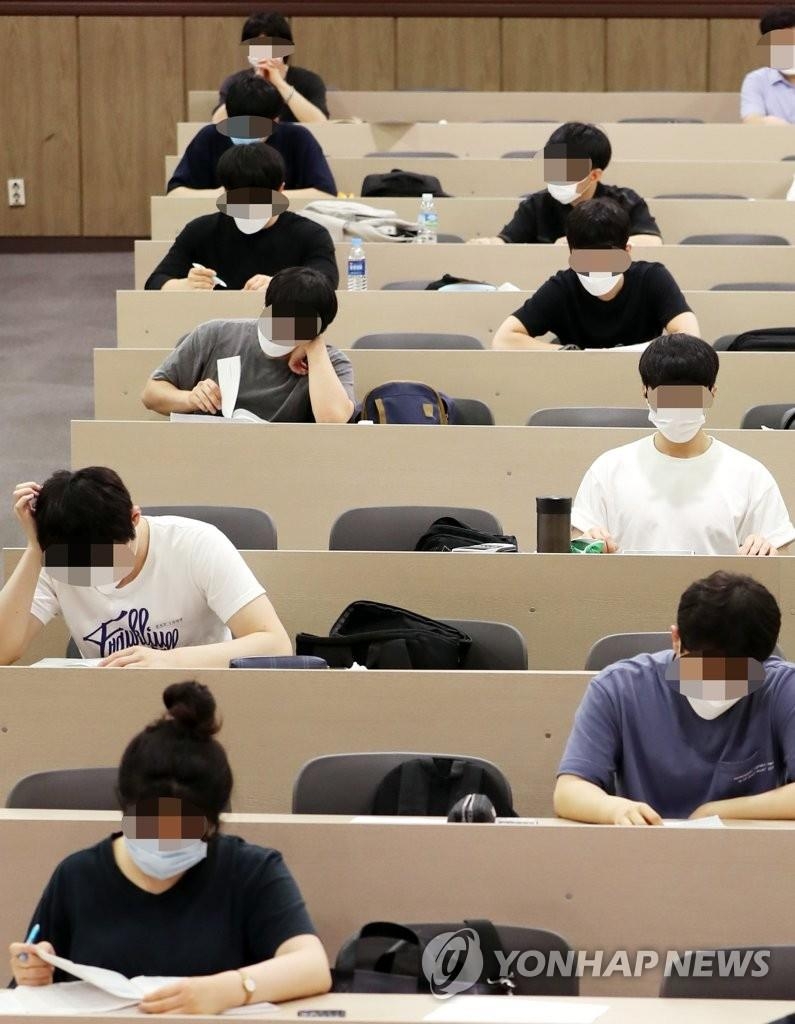