SEOUL, June 16 (Yonhap) -- Joon-woo (Yoo Ah-in) gets up late in the morning as usual. His home is empty as his parents and sister already left. He turns on the computer to play an online game with unidentified friends but feels that something is different outside.

Outside the apartment, people run amuck and bite each other, with the television buzzing about news that the whole city has fallen into chaos due to hordes of zombies.

In panic, Joon-woo opens the door to check what's going on. One man who looks uneasy and disheveled comes hurriedly into the room and asks him to use the bathroom. Suddenly, the man who has a bite on his neck changes into a zombie and attacks Joon-woo.

After the fierce fight against the zombie, Joon-woo receives a text message from his father, asking him to survive. He is finally aware that he is in the center of a disaster and has to remain alive alone. 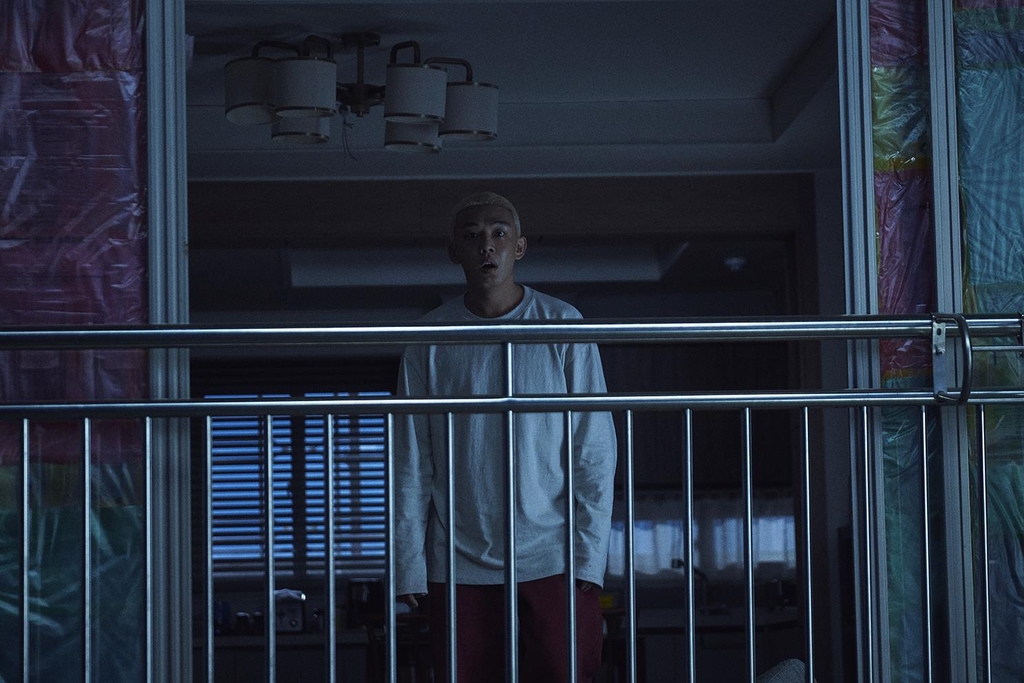 Directed by Cho Il-hyung, known as Il Cho abroad, "#Alive" pushes viewers to rapidly go into the zombie-hit apartment without letting them ask questions about why the initial zombie outbreak occurs and how it spreads.

But from here, "#Alive" takes a different way from other zombie apocalypse films that feature the social and law enforcement structure overwhelmed by swarms of zombies.

The movie, instead, focuses more on the fear and loneliness of a survivor barricaded in his home out of horror that a small crack in the window and weak sound can catch the attention of zombies outside.

During complete isolation for nearly a month, he does nothing but writhing, half groaning or half screaming. And he gets tired of being lonely and alone, without food, water and mobile connections.

At the time when he finally decides to give up on his life out of despair, Joon-woo finds out that one more resident, Yoo-bin (Park Shin-hye), is surviving in the house opposite his. The glimmer of hope makes him get out of his depression and live again. He confronts zombies to collect some food at a house next door. 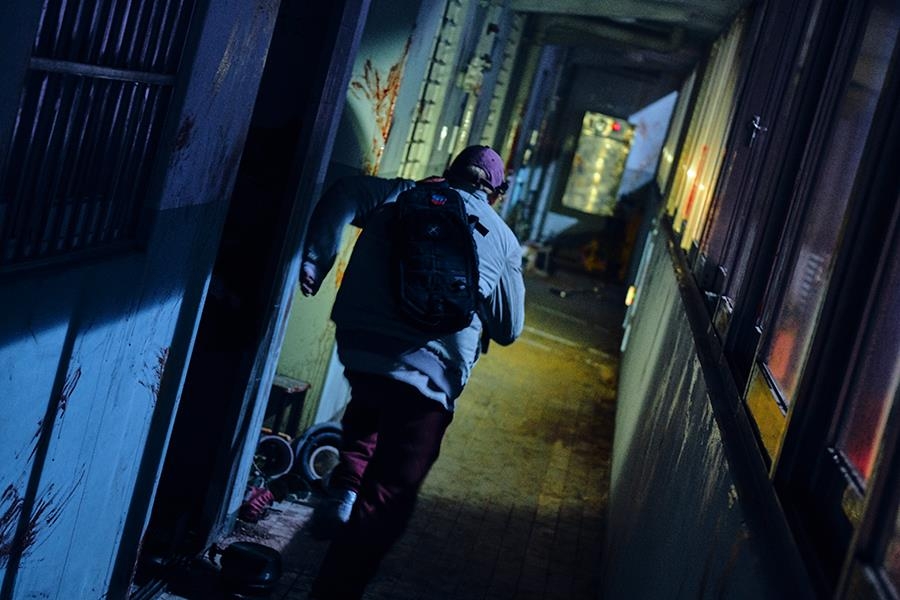 Their screaming and biting in the isolated space of an apartment complex is gruesome enough to put audiences on the edge of their seats from the beginning.

Director Cho arranged the original script of "#Alone" by Hollywood screenwriter Matt Naylor for a Korean film, changing the setting to an apartment, a common residence in South Korea, and the title to "#Alive."

But its story lacks plausibility as it does not give details on the zombie outbreak and the two main characters. And it looks too professional for Joon-woo and Yoo-bin, average young Koreans, to dare to escape from the zombie-filled apartment, armed with a golf club and hiking equipment.