The government has decided to extend the scheme, supposed to end on June 30, to July 11 and review whether to further extend the scheme later after closely monitoring market situations. according to the Ministry of Food and Drug Safety.

As prices of protective masks skyrocketed amid the COVID-19 outbreak here, the country introduced the mask rationing system in early March in a bid to smooth out high demand.

Under the scheme, citizens are allowed to buy a limited number of protective masks every week at pharmacies for 1,500 won (US$1.24). Starting Thursday, adults will be able to buy up to 10 masks per week from the current three pieces, according to the agency. 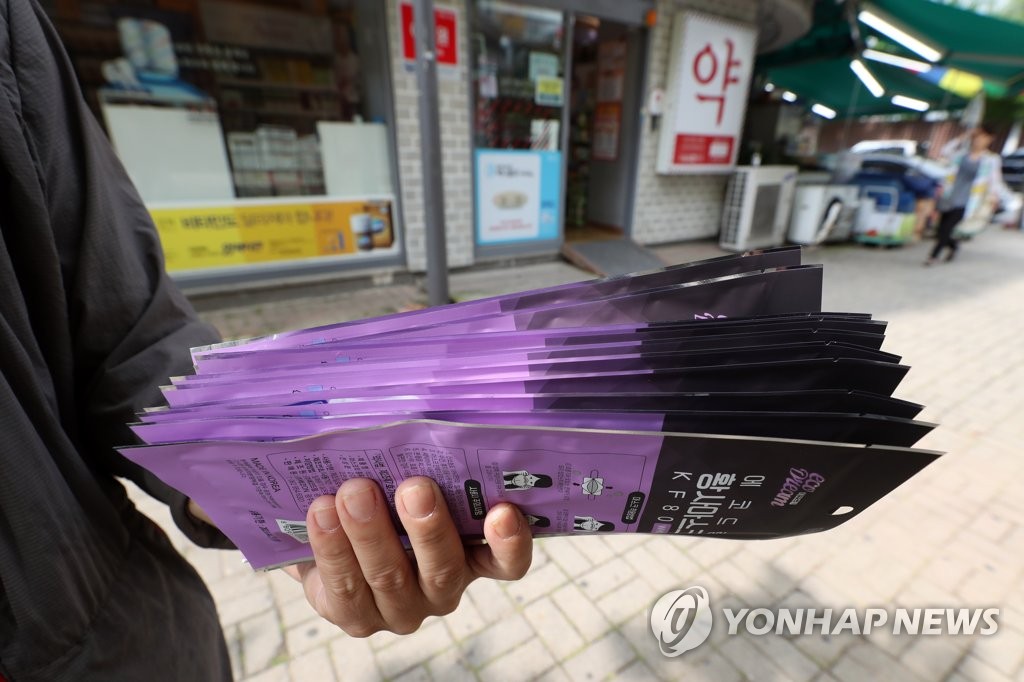 Demand for masks sharply stabilized recently as the country has successfully flattened the virus curve, while the mask supply has continued to rise.

Combined stockpiles held by mask producers have also grown to some 200 million, it added.

But in case of emergency, the government said it will maintain mask stockpiles large enough to meet a sudden rise in demand.

The country will also raise the ceiling on exports of protective masks to 30 percent of total production from the current 10 percent.

But overseas shipments of surgical masks or thinner anti-saliva masks will be banned to meet local demand for such products in the summer.

S. Korea to extend mask rationing to mid-July but up purchase limit

S. Korea to extend mask rationing to mid-July but up purchase limit