(ATTN: RECASTS headline, throughout)
By Koh Byung-joon and Oh Seok-min

The North has been lashing out at the South for failing to stop defectors from sending anti-Pyongyang leaflets across the border via balloons.

The liaison office was launched in September 2018 to facilitate inter-Korean exchange and cooperation amid a reconciliatory mood created by summit talks between their leader.

The two Koreas had suspended its operation since early January over concerns over the coronavirus pandemic. Last week, North Korea defined South Korea as an "enemy" and vowed to cut off all communication lines in anger over leaflets sent by activists in South Korea. 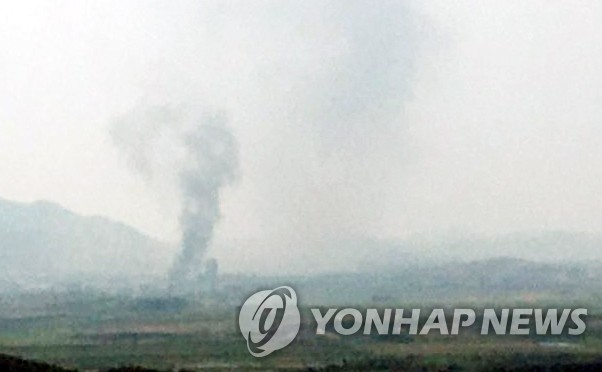