The North has been lashing out at the South for failing to stop defectors from sending anti-Pyongyang leaflets across the border via balloons. Pyongyang has vowed to deal with South Korea as an "enemy," cut off all cross-border communication lines, and threatened to take other measures, including military action.

Following the explosion, the South Korean military tightened its surveillance and readiness posture for possible accidental clashes near the tense border areas, according to officials.

The liaison office was launched in September 2018 to facilitate inter-Korean exchange and cooperation amid a reconciliatory mood created by summit talks between their leaders.

The office suspended its operation in early January due to concerns over the coronavirus pandemic. 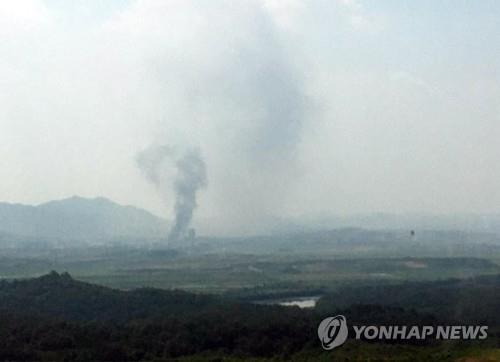