SEOUL, June 16 (Yonhap) -- Oh Seung-hwan, the career saves leader in South Korean baseball who has had stops in Japan and the major leagues, picked up his 400th professional save on Tuesday.

Oh, closer for the Samsung Lions in the Korea Baseball Organization (KBO), pitched a scoreless ninth inning against the Doosan Bears at Jamsil Baseball Stadium in Seoul for his 278th KBO save, securing a 4-3 victory. He had 80 saves in two seasons with the Hanshin Tigers in the Nippon Professional Baseball from 2014 to 2015, and 42 more with the St. Louis Cardinals, the Toronto Blue Jays and the Colorado Rockies from 2016 to 2019. 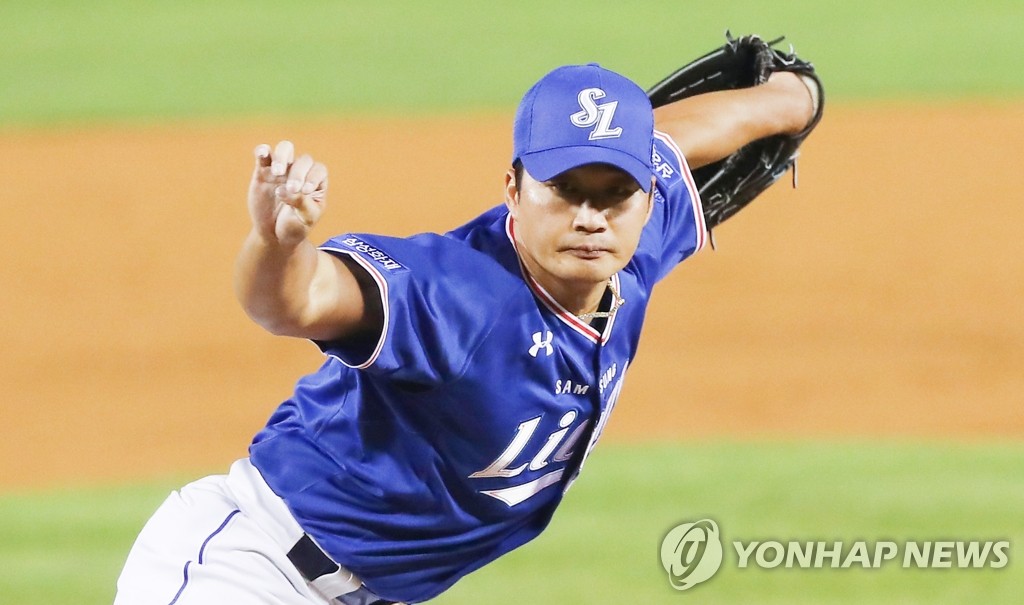 The 37-year-old right-hander first pitched for the Lions from 2005 to 2013, and then rejoined the club last year after getting released by the Rockies. Oh had a 72-game suspension to serve following a gambling conviction, and he spent a large chunk of it rehabbing from an elbow surgery last summer.

Oh made his 2020 season debut last Tuesday in a non-save situation. He pitched two more games last week out of the bullpen, allowing two earned runs in two innings.

Tuesday's outing was Oh's first appearance in a save situation.

After recording two quick outs on four pitches, Oh got into an 11-pitch battle against Jose Miguel Fernandez before walking him. Oh walked the next batter, Kim Jae-ho, on six pitches to put the tying run at second.

Oh cleaned up his own mess by retiring Lee Yu-chan on a pop fly to third. 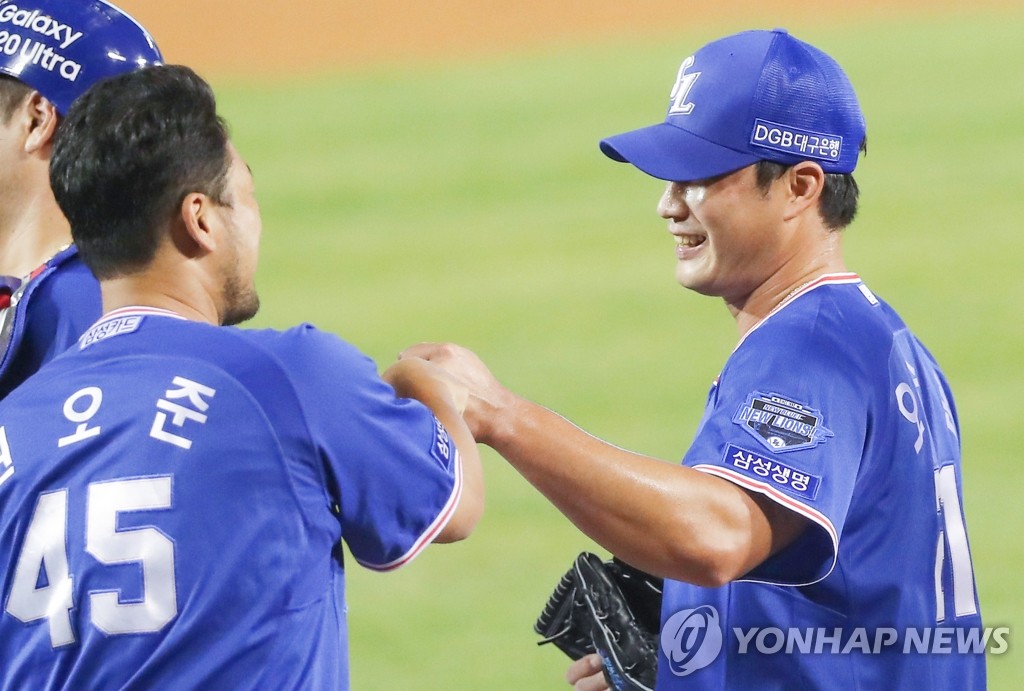