SEOUL, June 17 (Yonhap) -- North Korea said Wednesday it has rejected South Korea's offer to send special envoys and will redeploy troops to two inter-Korean business zones near the border, unrelentingly ratcheting up tensions a day after the regime blew up a joint liaison office.

These measures came a day after the North blew up the liaison office building in Kaesong.

"Units of the regiment level and necessary firepower sub-units with defense mission will be deployed in the Mount Kumgang tourist area and the Kaesong Industrial Zone," a spokesperson of the General Staff said in a statement carried by the Korean Central News Agency. 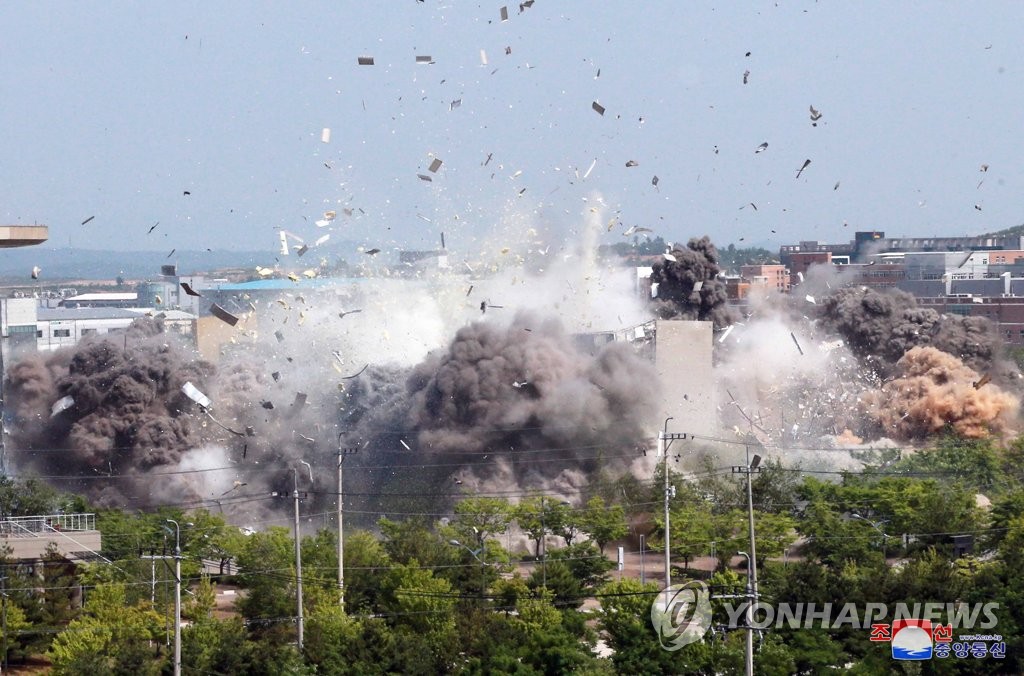 In a surprise move later on the same day, North Korea blew up the inter-Korean joint liaison office in Kaesong in anger over the leafleting issue. The explosion sparked concern that the North could put other threats against the South into action, including taking military action.

In October, North Korea demanded the South tear down all "unpleasant-looking" facilities at the now-shuttered Mount Kumgang resort on its east coast. Launched in 1998, the tour program was a symbol of inter-Korean reconciliation and cooperation, but it has been put on hold since 2008, when a South Korean tourist was shot dead near the resort for allegedly trespassing in an off-limits area.