SEOUL, June 17 (Yonhap) -- While pitching for the Lotte Giants in 2018, right-hander Noh Kyung-eun had one of the most effective changeups in the Korea Baseball Organization (KBO). In a season mostly remembered for leaguewide offensive explosion, Noh rode that changeup to a 9-6 record and a 4.08 ERA, more than a full run better than the league average. It was Noh's best season in five years.

Noh seemed to hit free agency just at the right time, but he couldn't come to terms with the Giants or anyone else. Noh sat out the entire 2019 season. He lost the precious year of pitching at age 35, and he also lost his feel for the changeup. 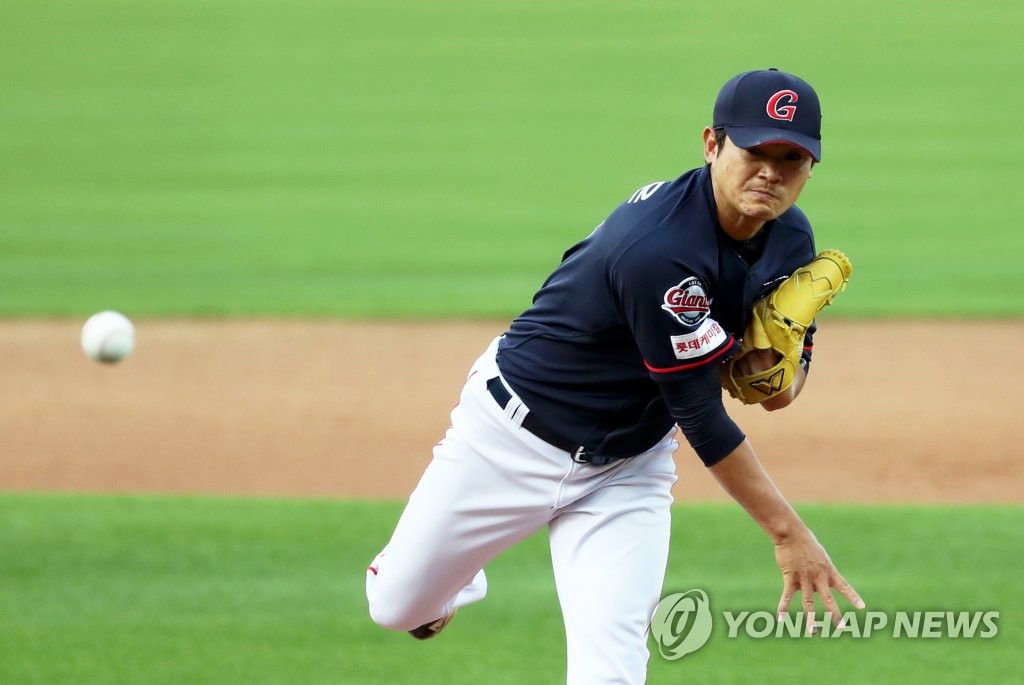 In hopes of getting it back after re-signing with the Giants in 2020, Noh has turned to an unlikely source for inspiration: Major League Baseball (MLB) All-Star Ryu Hyun-jin, who's a left-hander.

"Even though we pitch with opposite hands, I watch Hyun-jin for the way he releases the changeup," Noh said Tuesday, after earning his third win of the season in a 7-5 victory over the Kiwoom Heroes at Gocheok Sky Dome in Seoul. Noh allowed three runs on a season-low three hits in six innings, while striking out five.

Noh and Ryu both throw a circle changeup, featuring a grip that shows a circle formation with the thumb and the index finger on the side of the ball. Pitching for the Los Angeles Dodgers in 2019, Ryu relied on his changeup to earn the All-Star Game starting nod and to finish second in the National League Cy Young Award voting. He parlayed that into a four-year, US$80 million contract with the Toronto Blue Jays.

Noh, at 36, will not reach those heights, but he continues to work at his craft.

"I wanted to get back to the way I was throwing the changeup in 2018, but I've been struggling with it," Noh said. "In terms of my arm action and release, I was throwing my changeup like a fastball earlier this season. So I watched Hyun-jin's video quite a bit last night to get my mechanics corrected."

Noh said it's important to study other great pitchers, whether they're right-handed or left-handed, because it can keep him in a positive frame of mind.

"When you're in a slump, you may be having a lot of negative thoughts," Noh said. "But if you keep watching players who are good at what they do, it will rub off on you. It has worked for me." 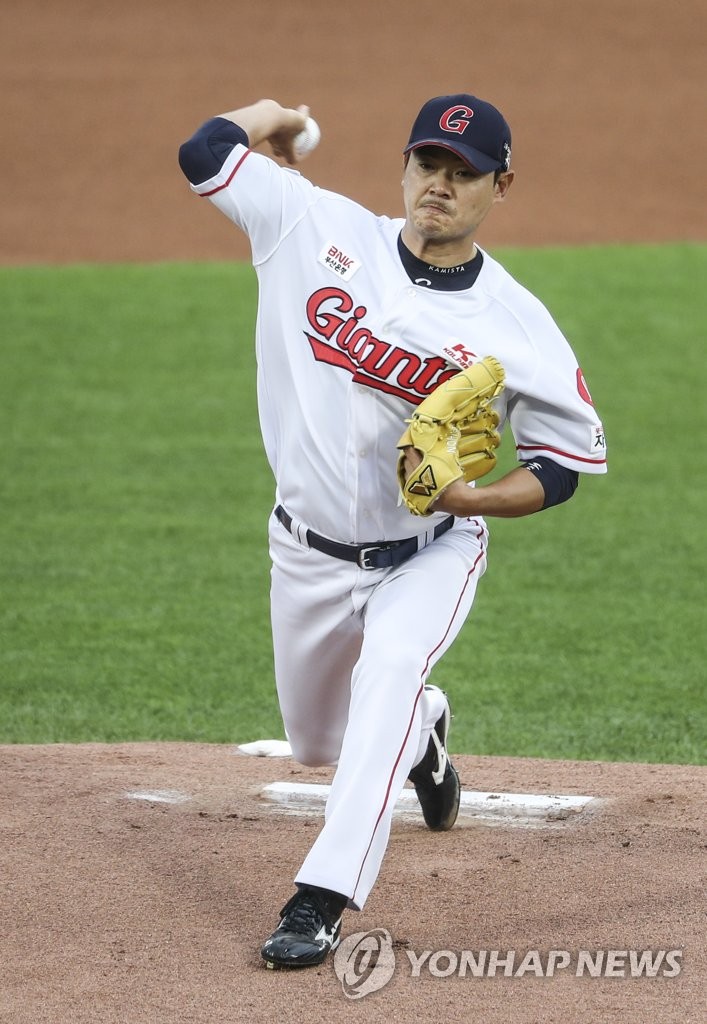 The KBO's official pitching chart on Noh's Tuesday start showed that the right-hander threw 24 sliders, 21 two-seam fastballs, 16 changeups, 15 curveballs and five four-seam fastballs. And then there were six pitches merely listed as "miscellaneous." Those were knuckleballs.

He didn't throw any knuckleball in his first three starts but has featured it in each of his past four starts. Noh said he first learned how to throw that pitch in 2017 from his then Lotte pitching coach Chris Oxspring, a former KBO starter who used that pitch late in his pitching career.

"I threw it occasionally in 2018, mostly in situations where I felt I could afford to mix it up a bit," Noh said. "I don't feel entirely comfortable with it just yet, and so I've been practicing hard. I hope I can start throwing more knuckleballs in games." 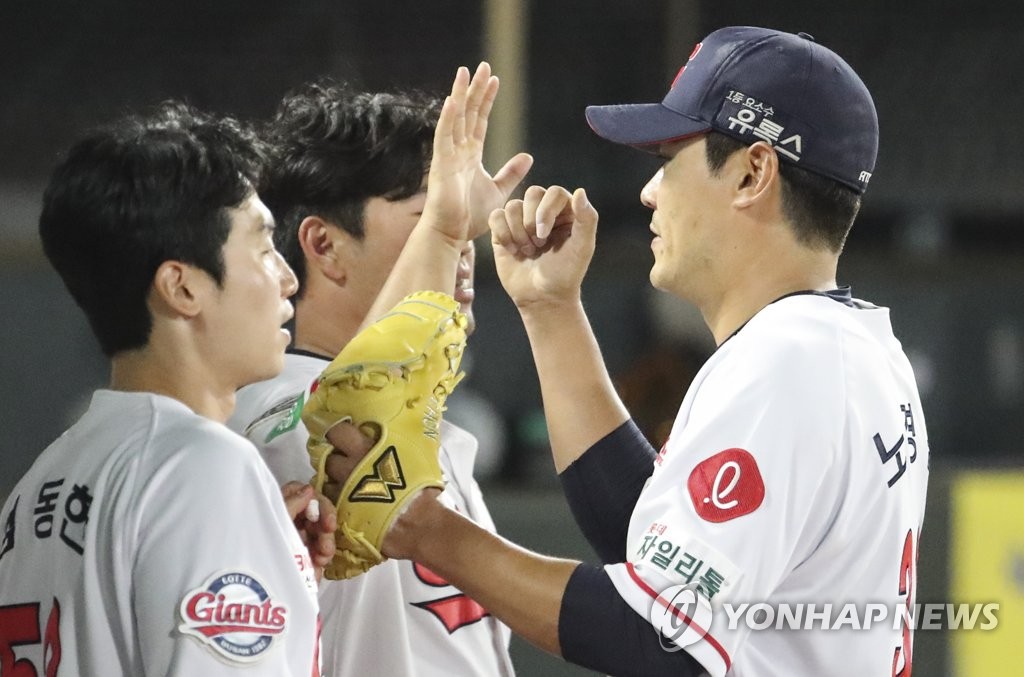 To get his groove back, KBO pitcher watches MLB All-Star Ryu Hyun-jin

To get his groove back, KBO pitcher watches MLB All-Star Ryu Hyun-jin