SEOUL, June 17 (Yonhap) -- When it comes to accidental hitting heroes, few have been as unexpected as the Kiwoom Heroes' infielder Kim Hye-seong this season.

Though he was named the country's best high school hitter in 2016, the 21-year-old never hit for much power over his first three seasons as a pro in the Korea Baseball Organization (KBO). He had five home runs in 136 games as a sophomore in 2018, otherwise known as the year of the juiced ball in the KBO. In 122 games last year, with the de-juiced ball in play, Kim had zero home runs.

But 35 games into this year, Kim already has four home runs. He's also slugging at a .491 clip, after never posting a slugging percentage higher than .367 in any season before. Kim is third on the team in slugging percentage, ahead of more proven, All-Star sluggers Kim Ha-seong and Park Byung-ho. 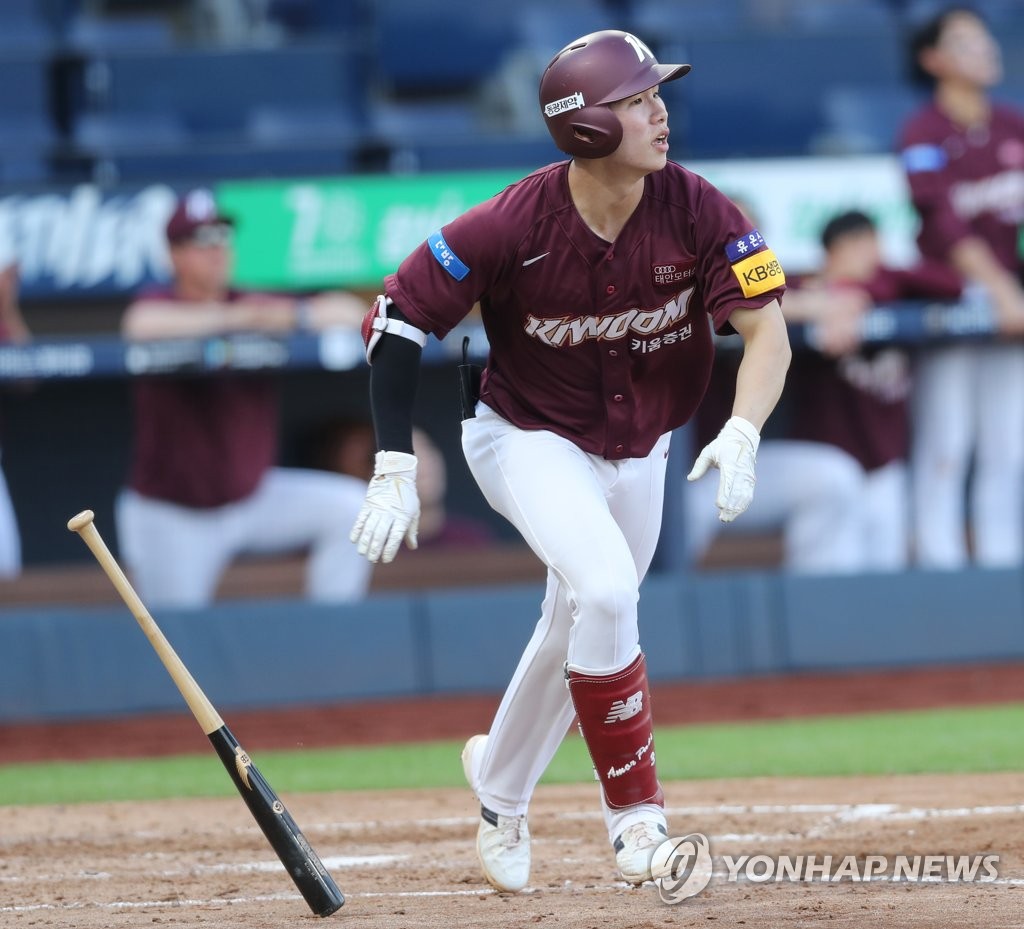 So how has he been able to do this?

"I haven't made any mechanical changes, but I've changed the way I am thinking at the plate," Kim said Tuesday before the Heroes hosted the Lotte Giants at Gocheok Sky Dome in Seoul. "I used to have a million things going through my head before. But I've changed in that aspect."

When pressed about specifics of his new thought process, Kim smiled sheepishly and said, "I'll keep that to myself. It's sort of a secret. Maybe I will talk about it when I am about to retire."

One thing Kim did reveal was that he has modified his pregame batting routine. In addition to hitting in the cage, Kim used to only hit off the tee, adjusting its height as necessary. Then late last month, he brought soft toss into his program.

Two days later, on May 30, Kim hit for the cycle, going 4-for-5 with a home run and four RBIs. He then enjoyed back-to-back three-hit games. In a three-game span, Kim's batting average soared from .200 to .304. 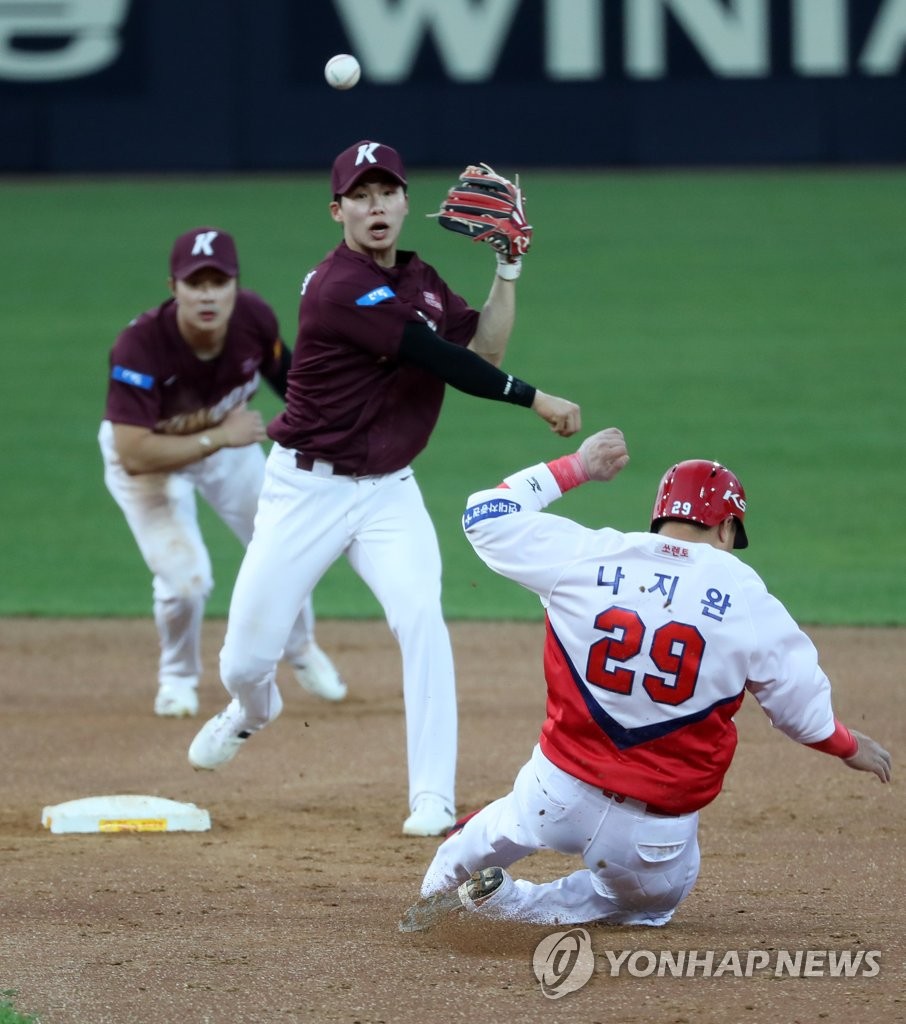 Kim said having an open-minded hitting coach in Kang Byung-sik has also been helpful.

"He's a great communicator," Kim said. "Whenever I am having issues at the plate, he always comes up with great solutions."

For all his newfound hitting prowess, Kim's bread and butter has been his defensive versatility. He can handle second base, third base and shortstop with equal proficiency, and he said he takes great pride in his glove.

"I always put defense first," he said. "If I struggle on the field, that affects other parts of my game, too."

He hasn't had any issues defensively this year, and offense has been a bonus.

"It feels great to be hitting so well," Kim said. "But it's still early in the season. I want to remain consistent for the rest of the season." 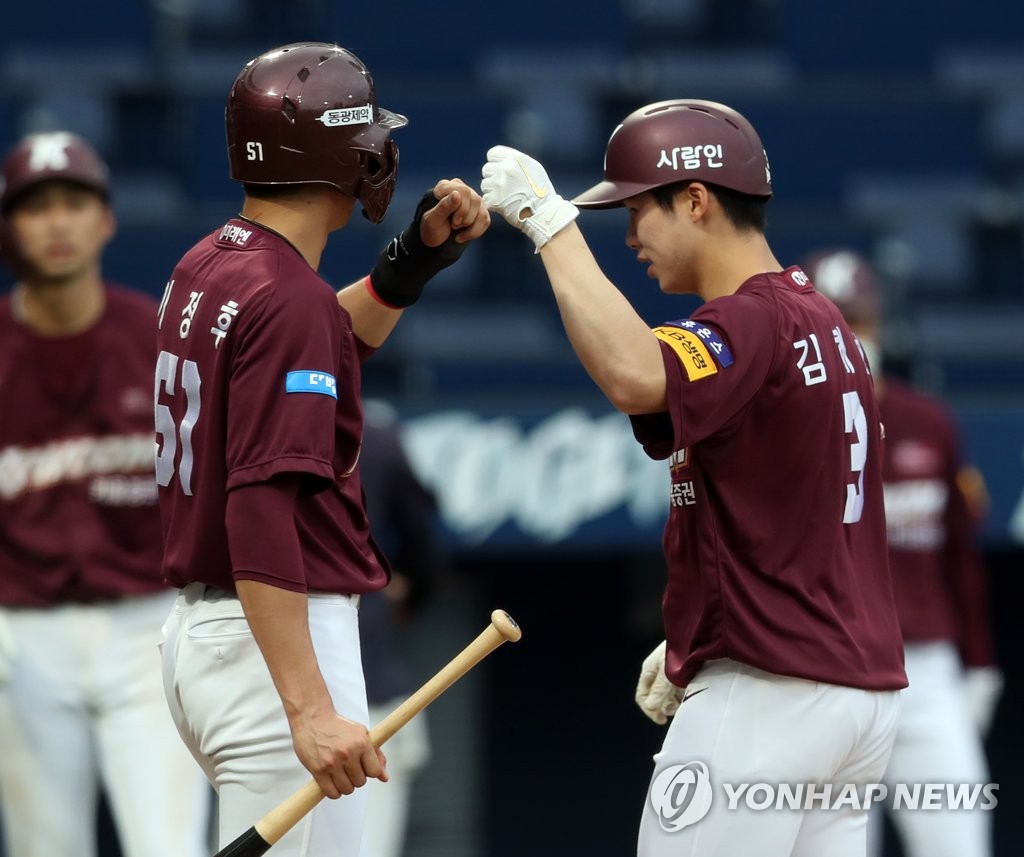