SEOUL, June 17 (Yonhap) -- Clinical trials in South Korea to evaluate the potential therapeutic efficacy of an anti-malaria drug, chloroquine, for the treatment of the novel coronavirus have been halted, hospital officials said Wednesday. 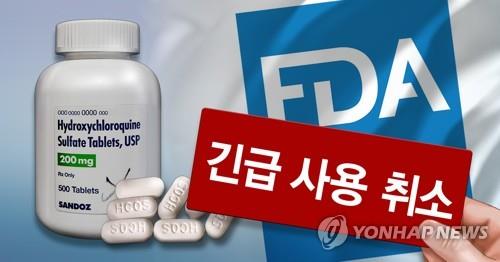 "The clinical study was halted not just because of the FDA decision," said an official from Asan Medical Center who asked not to be named. "There were difficulties in recruiting patients as well."

Chloroquine was frequently touted by U.S. President Donald Trump, who has claimed to have used it himself.

The FDA also warned against giving chloroquine to patients who are receiving remdesivir, a medication developed by U.S. pharmaceutical giant Gilead Sciences Inc.