SEOUL, June 17 (Yonhap) -- As fearful as it may be, the conflict between the two Koreas has become one of the most tried-and-true subject matters of recent South Korean tentpole films, capturing the imagination of the people living under the constant possibility of war between the divided nations.

And while most of these projects tend to strive for historical authenticity, seldom do real-world incidents, such as Tuesday's blowup of an inter-Korean office building in the Kaesong Industrial Complex, eerily echo fictional tales in past films, as seen in the 2017 political action thriller "Steel Rain," which drew around 4.5 million moviegoers at the box office.

"Steel Rain," directed by Yang Woo-seok and starring Jung Woo-sung and Kwak Do-won, depicts a story of the two Koreas on a collision course to nuclear war after a military coup attempt in the North.

Other high-profile films that delved into the topic of the division of the Koreas include mystery thriller "Joint Security Area" (2000) by Park Chan-wook, and 2017 action film "Confidential Assignment," starring Hyun Bin and Yoo Hae-jin.

"Take Point," a 2018 action film starring Ha Jung-woo and Lee Sun-kyun, centered on infiltrating a secret underground bunker in the Demilitarized Zone, and last year's "Ashfall," a natural disaster film with Ha also as its lead, followed a story on the eruption of Mount Paekdu on the northern tip of the peninsula.

Based on Yang's own web comic series from 2011, "Steel Rain" centers on the premise of the North's leader, who is unnamed in the film, being covertly brought over to the South in critical condition after becoming a target of an attack from opposing forces in the North's military leadership.

One of the film's big set pieces centers on the ambush attack on the North Korean leader, who visits the factory complex in the North's border town of Kaesong for an event with Chinese diplomats. In the film, North Korean military commandos hijack an artillery system of the U.S. Army in the South, wreaking havoc at the joint industrial park.

After seeing news footage of the demolition of the liaison office, fans of "Steel Rain" took to social media to comment on the overlapping of imagery from the movie and the real-life incident.

Coincidentally, a poster and a teaser trailer for "Steel Rain 2: Summit" was released Tuesday just hours before the North unilaterally destroyed the liaison office.

"Just as 'Steel Rain 2' is preparing to hit theaters?" one Twitter user wrote in reaction to the news of an explosion in Kaesong. 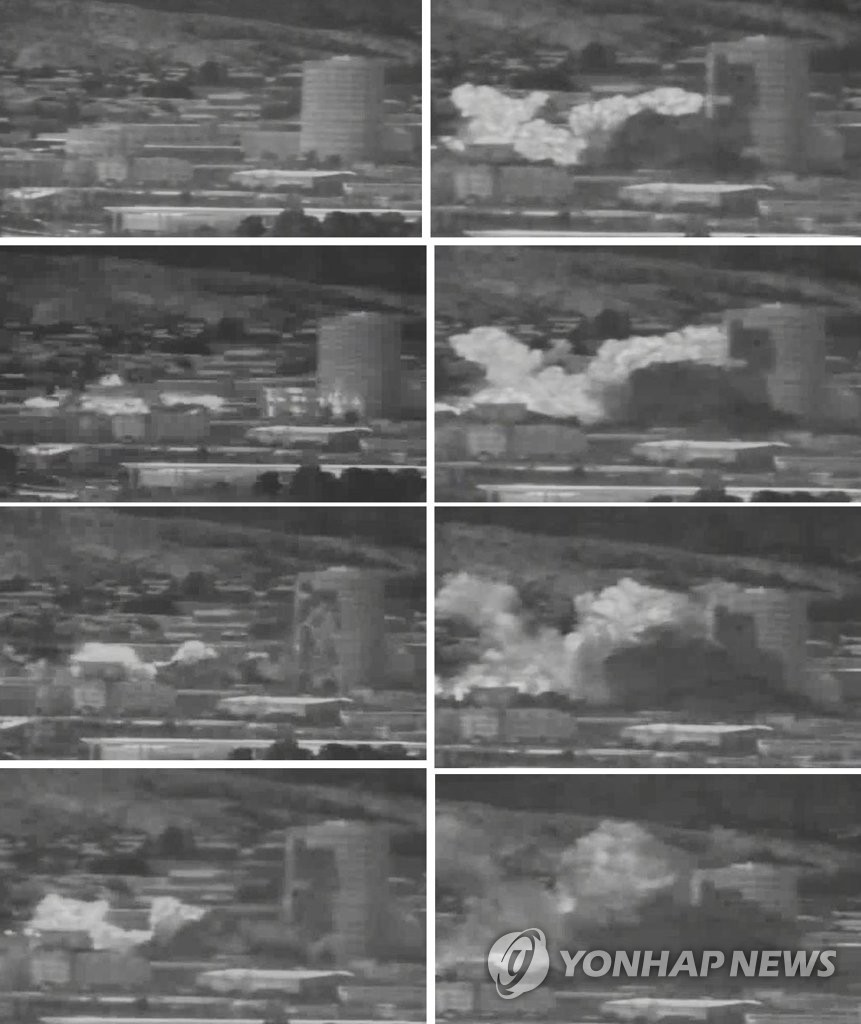 "Sounds of explosion in Kaesong? I saw 'Steel Rain' yesterday, It's a historically accurate movie," another person commented. Another user uploaded a screenshot of Tuesday's news footage on the incident with the comment, "Still image from 'Steel Rain 2 leaked.'"

The first film was released in December 2017 amid heightened tensions after Pyongyang's sixth and most powerful nuclear test in September of that year, a series of missile tests, including an intercontinental ballistic missile, and constant back-and-forth threats of war between the United States and the North. 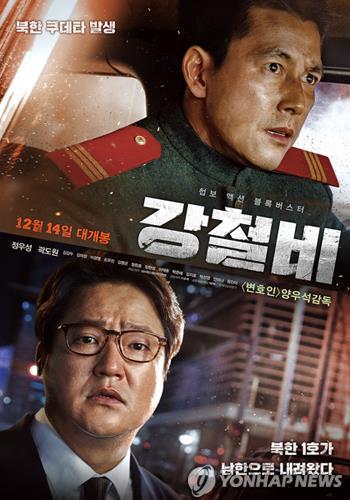 Kaesong was the North's key military foothold before the joint industrial park was built under an agreement reached at the first-ever inter-Korean summit between then South Korean President Kim Dae-jung and the late North Korean leader Kim Jong-il in 2000.

Once touted as a model for cross-border economic cooperation, marrying mostly small manufacturing businesses from the South with cheap-yet-skilled labor from the North, the complex was suspended in 2016 following the North's nuclear and missile provocations.

Seoul and Pyongyang opened the now-destroyed office in 2018 as part of efforts to facilitate cross-border exchanges and cooperation by keeping a communication channel up and running around the clock.

Although directed by Yang and also sharing two of the main leads from "Steel Rain," "Steel Rain 2" set to be released within this year is not a direct sequel and does not share the same universe with the 2017 film. Yang subverts expectations of the audience by reversing the nationalities of the characters portrayed by Jung and Kwak.

Jung, who played a member of the North Korean ex-special forces in the 2017 film, is cast as the South Korean president, while Kwak's character, who was a national security aide to the South Korean leader, takes on the role of the chief of the North's Supreme Guard Command, who leads a coup.

Following a fictional crisis that unfolds after the leaders of the two Koreas and the United States are kidnapped in a North Korean nuclear-powered submarine, "Steel Rain 2" also features Yoo Yeon-seok as the North Korean leader and Scottish actor Angus Macfadyen in the role of the American president.