(ATTN: UPDATES with plan for resumption, more info in paras 3-5)

Under a bilateral military accord signed on Sept. 19, 2018, South and North Korea agreed to launch a joint excavation project on Arrowhead Ridge inside the DMZ, but the South has carried out the project alone as the North did not respond to calls for joint work. The ridge located in Cheorwon, some 90 kilometers northeast of Seoul, was one of the fiercest battlefields during the 1950-53 Korean War.

A military source said the excavation will resume Thursday, citing weather conditions and other issues for the brief suspension.

Though the ministry did not elaborate, the military appears to have also taken into consideration the heightened tensions near the border areas, following the North's destruction of an inter-Korean liaison office in the western border town of Kaesong the previous day.

Concerns linger over the resumption of the project, as the possibility of accidental clashes between the two Koreas has sharply escalated in recent weeks.

The North is now threatening to scrap the military deal altogether, unveiling its plan to redeploy troops to an inter-Korean industrial park in Kaesong and the Mount Kumgang joint tourist zone on the east coast.

The North also said it will restore guard posts removed from the DMZ and resume all kinds of regular military exercises near the inter-Korean border in violation of the military agreement with the South. 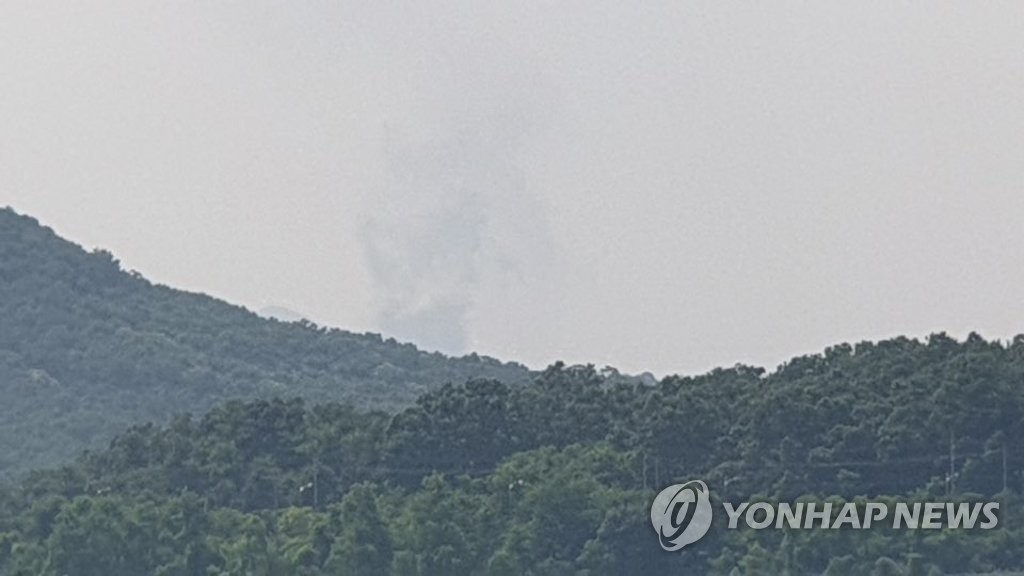