SEOUL, June 18 (Yonhap) -- President Moon Jae-in visited an information technology company based in South Korea on Thursday in a show of his commitment to the Digital New Deal, his government's new major project to create jobs and prepare for the post-coronavirus era.

On his tour of the Gangchon Campus of DUZON Bizon Co., a cloud service provider, in the eastern province of Gangwon, Cheong Wa Dae stressed that it's the president's "first on-site activity" in connection with the Digital New Deal initiative. 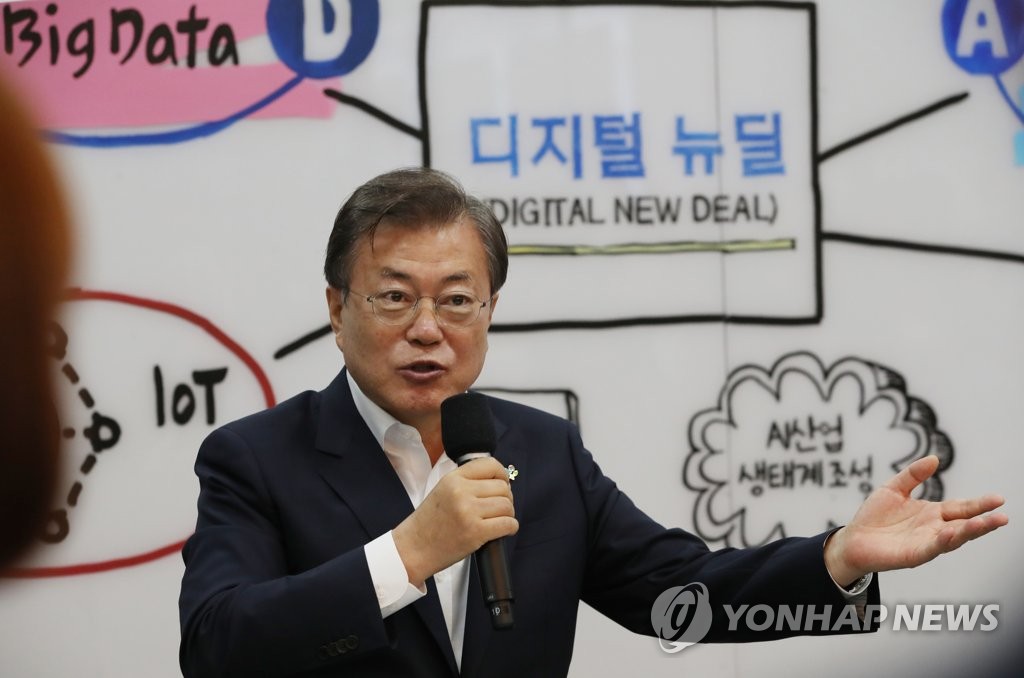 One of the two pillars of the so-called Korean version of the New Deal together with the Green New Deal, the Digital New Deal project is intended to promote the digital economy especially by expanding the nation's digital infrastructure such as 5G networks, big data, artificial intelligence services and non-contact industries. The government hopes to take advantage of the country's ICT prowess.

Presenting its economic policy direction in the latter half of this year, the Moon administration announced plans early this month to invest 13.4 trillion won (US$11 billion) in the Digital New Deal and create 330,000 jobs by 2022.

"The trip this time reflects (the government's) will to lead the post-coronavirus era by fostering the 'data and AI economy,' which is the foremost undertaking in the 'Korean-version New Deal,'" the office said. 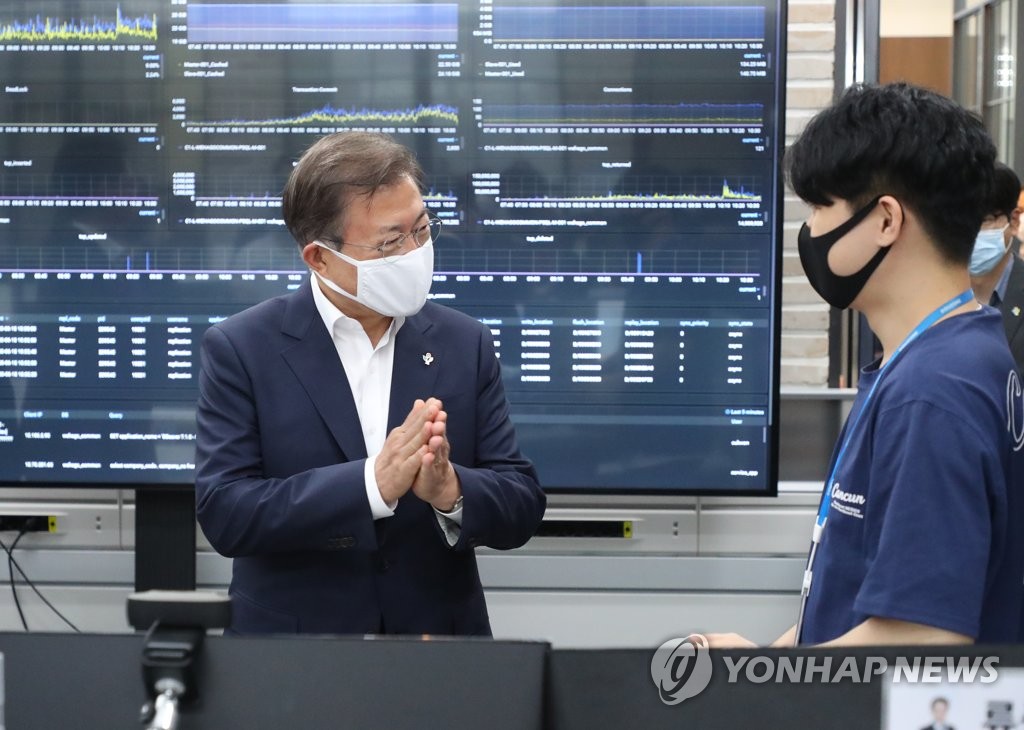