SEOUL, June 18 (Yonhap) -- North Korea appears to have dispatched soldiers to some empty guard posts inside the Demilitarized Zone, sources said Thursday, following its warnings that it would beef up its military presence in border areas.

On Wednesday, the General Staff of the (North) Korean People's Army vowed to set up "civil police posts," which had been withdrawn from the DMZ under an inter-Korean military agreement, as part of next steps against South Korea after the demolition of the inter-Korean liaison office in the border town of Kaesong.

According to the military sources, several soldiers were spotted being dispatched to empty sentry posts inside the buffer zone from late Wednesday.

North Korea is believed to have around 150 such posts, and some of them were vacated in accordance with the tension-reducing pact signed in Sept. 19, 2018.

It is not clear as of now if the move is to station more guard soldiers in border areas or if it is part of the military's elevation of guard duty level to the top notch for front-line troops, they added.

Some local media also reported that around 100 North Korean soldiers were seen inside the Kaesong complex after the destruction of the liaison building.

The North Korean military also threatened to send troops to the now-shuttered Kaesong complex as well as the Mount Kumgang tourist zone on the east coast.

"We are closely monitoring the North Korean military movements, as it warned of several actions. We are in a full readiness posture," an official of South Korea's Joint Chiefs of Staff (JCS) said.

In response to the North's warnings, the JCS said the North will "pay the price" if it launches provocative military action against South Korea. 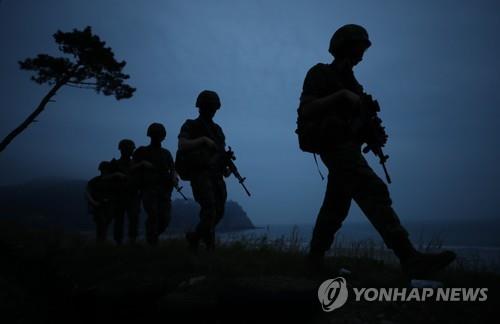