In the book, titled "The Room Where It Happened: A White House Memoir," Bolton revealed that Pompeo made the remark a month after the historic 2018 summit between Trump and the North's leader Kim Jong-un, The New York Times reported on Wednesday (U.S. time), quoting a copy of the book it has obtained.

Bolton also claimed that the top American diplomat, a Trump loyalist, mocked his boss behind his back while accompanying him in Singapore. Pompeo apparently gave Bolton a note deriding Trump that read, "He is so full of shit."

Bolton, a hawkish conservative, worked at the White House for 17 months before Trump fired him in September last year.

His memoir, filled with revelations potentially damaging to Trump as he seeks a second presidential term, comes amid heightening tensions on the Korean Peninsula after Pyongyang threatened to sever all cross-border ties with Seoul and revert to its hostile policy of treating the South as an enemy.

Putting its resolve into action, the North on Tuesday blew up a joint liaison office building in the border town of Kaesong.

The nuclear negotiations between the U.S. and North Korea have stalled since their second summit in Hanoi early last year ended without a deal due to the gap over the scope of the North's denuclearization and U.S. concessions.

The Washington Post, also citing the book, reported that Pompeo showed disrespect for Trump by telling Bolton that he was "having a cardiac arrest" in Saudi Arabia when he listened to Trump's phone call with President Moon Jae-in ahead of the 2018 Singapore summit.

Bolton also said in the book that Trump cared little for the details of the denuclearization effort ahead of the 2018 summit and "saw it merely as "an exercise in publicity."

The controversial memoir is set to be released next week. The U.S. Department of Justice has filed a suit seeking the delay of its publication, claiming that the book contains classified information that needs to be reviewed first. 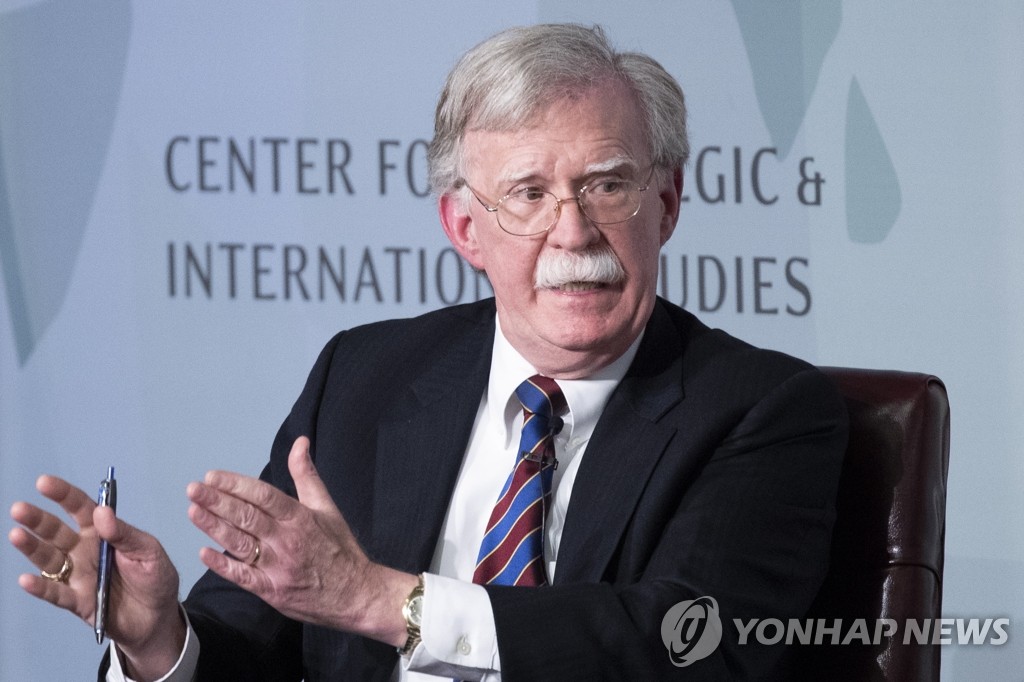