SEOUL, June 18 (Yonhap) -- A U.S. surveillance aircraft flew over South Korea, an aviation tracker said Thursday, the latest in a series of flights to monitor North Korea amid Pyongyang's threat to take military action against Seoul.

The U.S. Air Force's RC-135W Rivet Joint was spotted in skies above the capital area, Aircraft Spots tweeted, without specifying the exact time of the operation.

The U.S. Navy's EP-3E and U.S. Forces Korea's RC-12X were also recently spotted flying over the peninsula, according to military sources earlier.

The flights took place as North Korea has been ratcheting up tensions on the Korean Peninsula, threatening to send troops to disarmed border regions and abolish an inter-Korean tensions-reduction deal in anger over anti-Pyongyang leaflet campaigns.

On Wednesday, the defense ministry expressed "deep regrets" over the North's move and warned it will make sure that Pyongyang pays the price if it actually carries out a military provocation against the South. 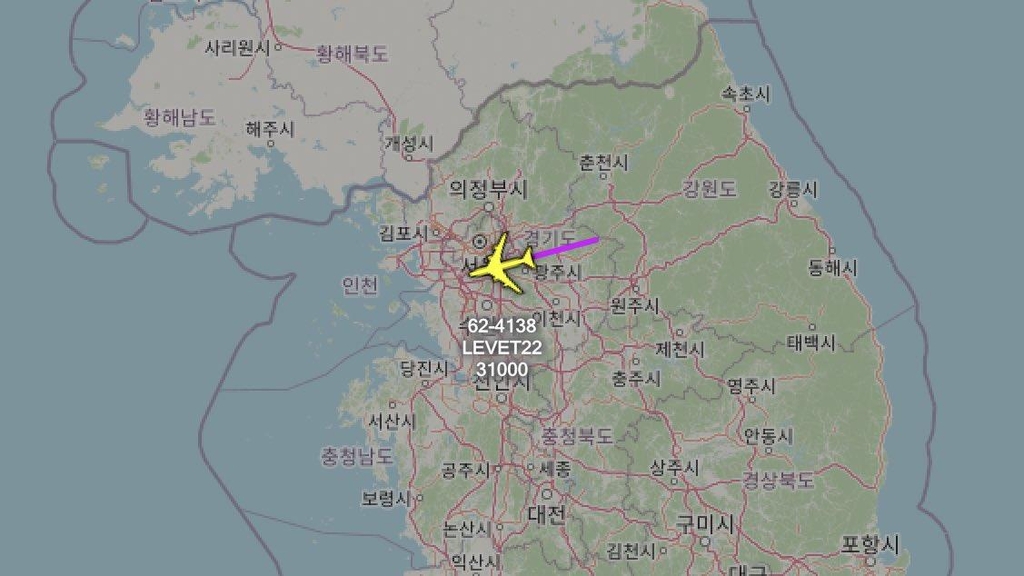