The pet-collecting massively multiplayer online role-playing game (MMORPG) was the most downloaded app in the country on its launch day, Netmarble said. 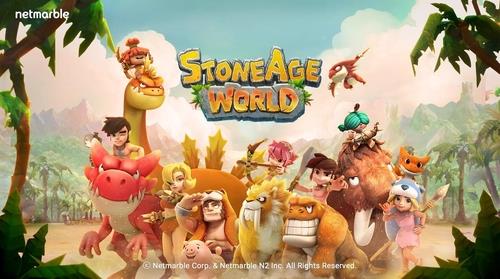 As the latest game in Netmarble's internationally known Stone Age series, StoneAge World is set in the prehistoric land of Tectonika.

Players take on the role of a "trainer," a warrior who collects and trains 250 different kinds of pets to protect the land from enemies, according to Netmarble.