SEOUL, June 21 (Yonhap) -- A beleaguered tension-reduction military agreement between South and North Korea has helped make the Demilitarized Zone (DMZ) "much calmer," the Swedish chief of the armistice monitoring panel said, amid Pyongyang's threats to scrap the deal.

Maj. Gen. Hibbe Corneliusson, the Swedish member of the Neutral Nations Supervisory Commission (NNSC), also stressed in an interview with Yonhap News Agency that the DMZ should be kept stable to prevent an escalation in tensions from becoming uncontrollable.

"I would say that the CMA did a lot," he said, referring to the official name of the deal signed in September 2018, the Comprehensive Military Agreement. "The situation in the DMZ is much calmer."

Just a week before the interview, North Korean leader Kim Jong-un's powerful sister, Kim Yo-jong, warned of abolishing the pact, denouncing it as "hardly of any value" in anger over anti-Pyongyang leaflets sent across the border by activists here.

The North's military has since said it will redeploy troops to two joint inter-Korean economic zones, restore guard posts removed from the DMZ under the military deal and resume all kinds of military exercises near the border.

"Let the DMZ be -- it's heavily armed but -- stable so we don't have any escalation that is uncontrolled, because that is going to ruin for everyone if that happens, and give space to talks, which is very important," the Swedish general said. 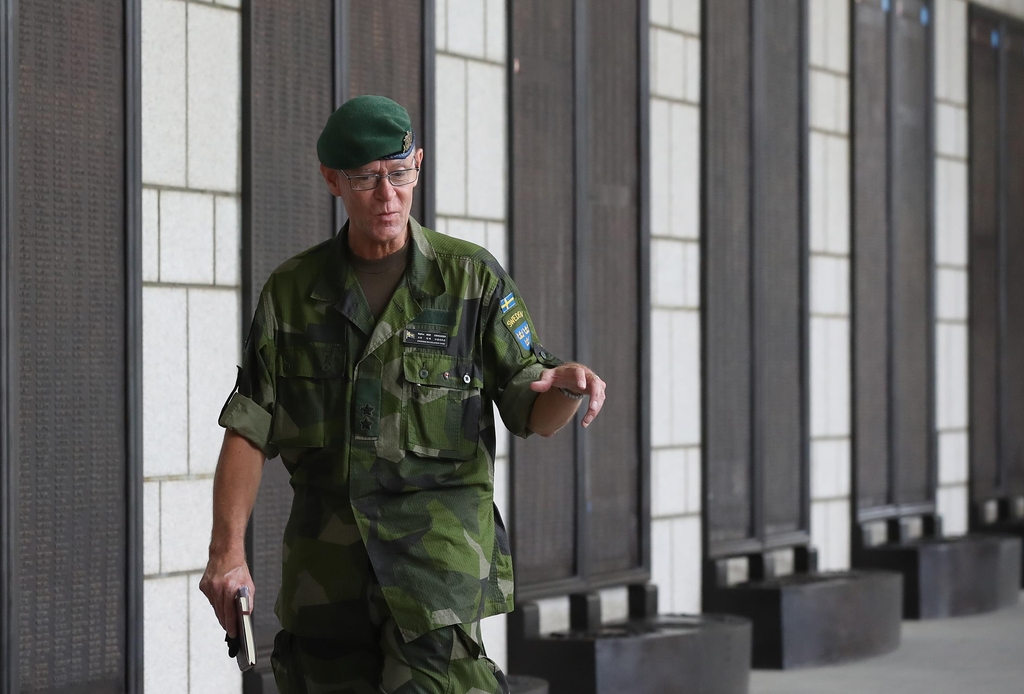 Seven decades after the outbreak of the 1950-53 Korean War, peace still appears to be a daunting task.

Inter-Korean relations have been markedly deteriorating after North Korea blew up the joint liaison office in the North's border town of Kaesong on Tuesday.

"We have seen the temperature going up and down," said the two-star general who has led the Swedish delegation since June last year. "Now there are no talks, no high-level meetings, so of course it's a challenge."

Describing a series of steps the two Koreas have taken under the 2018 pact as "confidence-building measures," Corneliusson said such moves are important as they lay the groundwork for talks and allow the two sides to take care of challenges if something happens.

The Swedish observer said the two sides could always use the platform created under the armistice to resume dialogue.

"The T2 and T3 houses are there, there are communication lines over in the JSA, so utilize what is already there on both sides," he said, referring to the blue conference buildings straddling the border in the Joint Security Area of the DMZ. 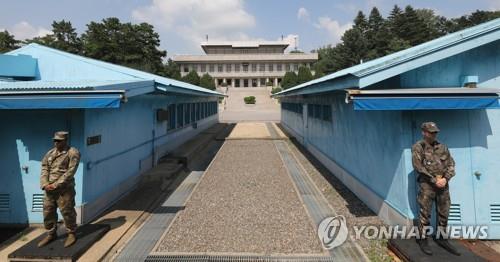 Along with his Swiss counterpart, the Swedish general convenes a weekly meeting of the 10-member monitoring group -- comprising five members each from the two countries -- at the T1 building every Tuesday.

The meeting has been held ever since the commission was launched along with the truce in 1953 to monitor as a third party whether the armistice agreement is well implemented on the southern front of the military demarcation line.

On the northern front, what was previously Czechoslovakia and Poland represented the NNSC until North Korea kicked them out and declared the monitoring group invalid in light of the fall of communist governments in Eastern Europe in 1990s.

"The door is open to North Korea, never locked, and that's why we have it on a specific time," Corneliusson said, referring to the weekly session. "If they want to participate or select a country participating, or observe our meeting, they can just open the door and walk in."

The monitoring panel's job would be complete when a peace treaty is signed, but Sweden could continue to play a part in implementing such a treaty, the general said.

"We have the knowledge of the peninsula, we have been here, and if Sweden decides, they can use us for supporting a peace treaty," he said. "But that is, of course, if the entities want us to do so."

Sweden has diplomatic missions both in South and North Korea.

"I'm one individual in a long road of individuals that have left a part of their heart in Korea. Over a thousand officers have served in the NNSC from the Swedish side since 1953," Corneliusson said. "The bottom line is that for Sweden, this is a long-term commitment to be in Korea, creating peace on the peninsula." 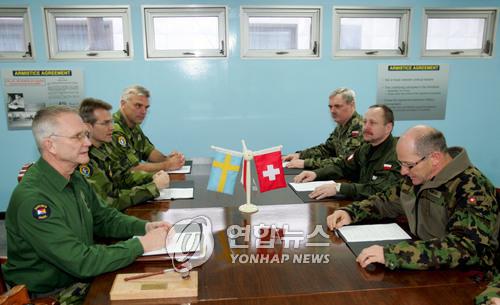