SEOUL, June 18 (Yonhap) -- On his way to ballpark on Thursday, Lotte Giants' manager Her Mun-hoe walked with an extra spring in his step, knowing that he'd have a fully, healthy lineup for the first time in a month.

Second baseman An Chi-hong will return Thursday against the Kiwoom Heroes at Gocheok Sky Dome in Seoul, after missing the past three days with a left hamstring injury. Versatile utility man Jung Hoon came back to the lineup Wednesday after being sidelined for over a month with an oblique injury. 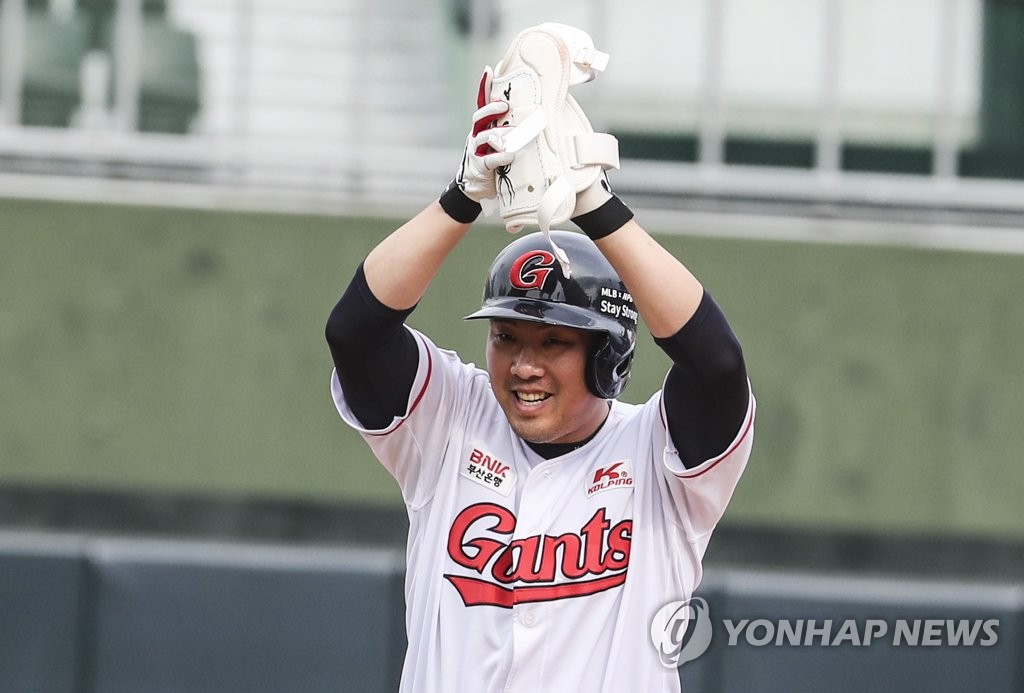 Jung went 2-for-4 to raise his batting average to .382. Though An hasn't yet taken off -- with a .266 batting average and two home runs in 35 games -- he can offer some gap power from the fifth or sixth spot in the lineup.

With their presence, the Giants will be able to field a lineup that produced a 5-0 start to the season last month.

Her, a soft-spoken skipper who rarely displays emotion, said he was "really happy" to have everyone back.

"I felt excited coming to the ballpark today. It's going to be fun having these guys back in the lineup," Her said, though his typically monotone voice didn't give off much. "We may or may not win the game today, but this is still the lineup that can strike fear into opposing clubs. I just hope we will remain healthy the rest of the season."

With An being activated, infielder Kim Min-su was sent back down to the minor league after two games with the KBO club. Kim mostly held his own at the plate, batting 2-for-6 with a steal.

"I am sending him down, not because he played poorly, but because I think it's best that way for his own future and for our team's future," Her explained. "It'd be nice for me to have an extra player like that. But I just felt it'd be better for him to keep playing more games in the minors. Getting into games is the best practice." 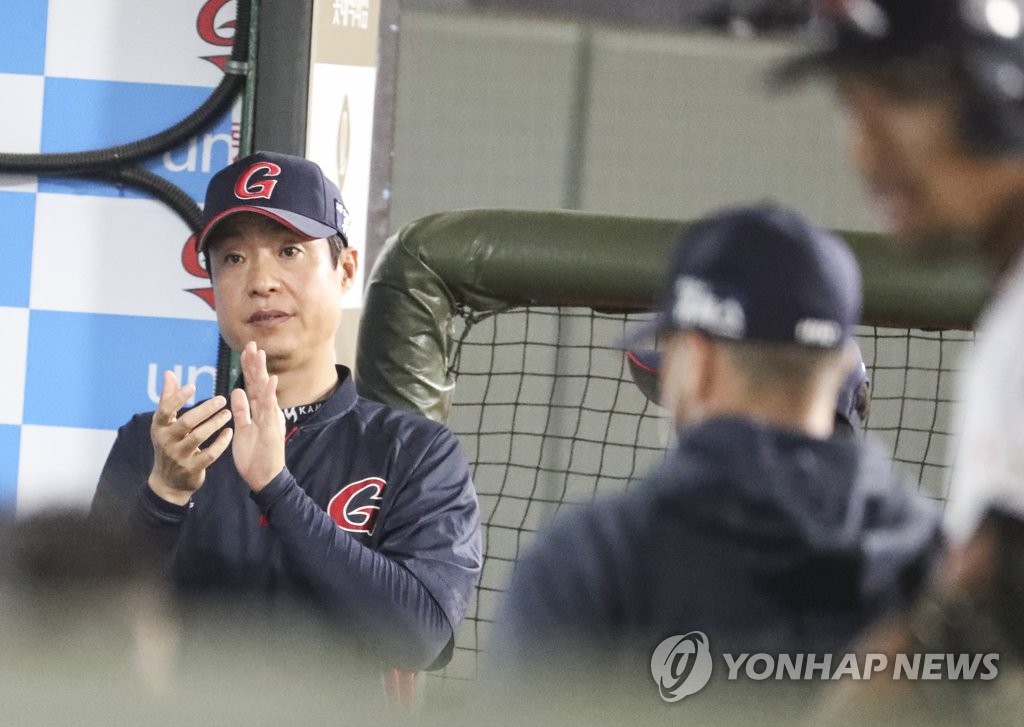