Trump's attack on Bolton comes as news media have reported unflattering revelations about the president using excerpts from the former adviser's yet unpublished memoir.

"When Wacko John Bolton went on Deface the Nation and so stupidly said that he looked at the 'Libyan Model' for North Korea, all hell broke out," Trump tweeted, referring to Bolton's April 2018 interview on the CBS show, "Face the Nation." 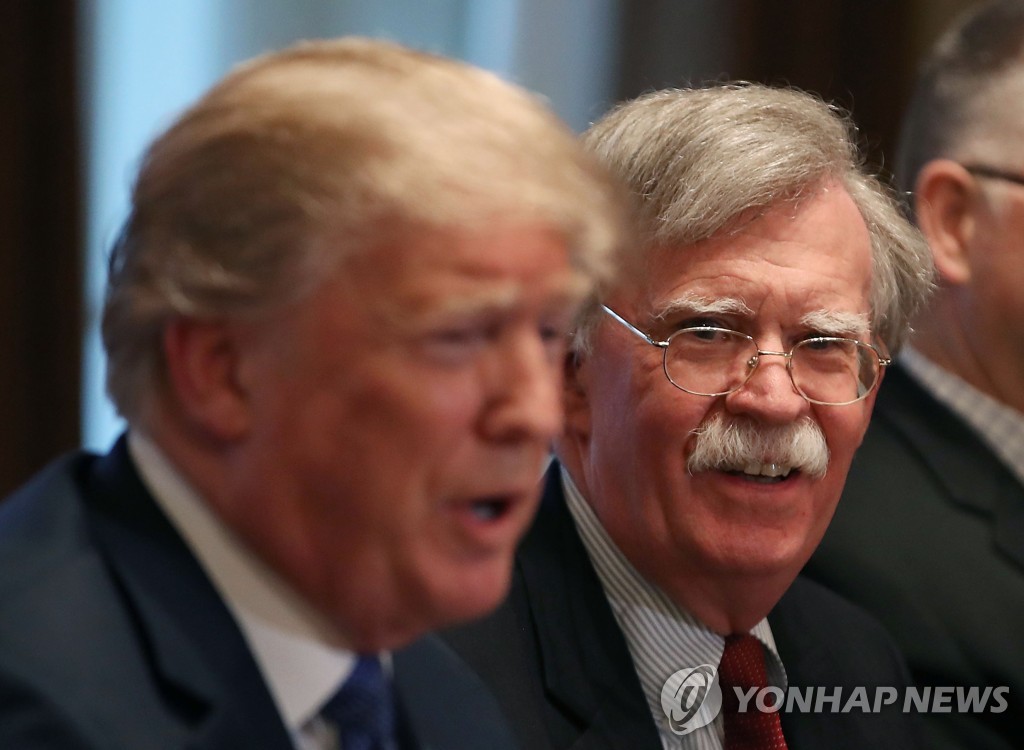 The Libya model centers on getting North Korea to first surrender its nuclear and ballistic missile programs and then receive concessions in return.

"Kim Jong Un, who we were getting along with very well, went 'ballistic,' just like his missiles -- and rightfully so," Trump said of the North Korean leader. "He didn't want Bolton anywhere near him. Bolton's dumbest of all statements set us back very badly with North Korea, even now.

"I asked him, 'what the hell were you thinking?'" Trump continued. "He had no answer and just apologized. That was early on, I should have fired him right then & there!"

The North Koreans have long balked at suggestions of following the Libya model, citing the ultimate demise of Libya's then-leader Muammar Gaddafi, who gave up his country's weapons of mass destruction program in 2003.

Bolton left the administration in September after clashing with Trump on multiple policy issues, including North Korea.

"We were set back very badly when John Bolton talked about the Libyan model," Trump told reporters shortly after Bolton's departure. "And he made a mistake. And as soon as he mentioned that, the 'Libyan model,' what a disaster."

Trump and Kim have met three times in the past two years to try to reach a deal on dismantling the North's nuclear weapons program in exchange for U.S. concessions, but the effort has stalled since their second summit in February 2019 ended abruptly due to differences over the scope of North Korea's denuclearization and sanctions relief from the U.S.

The New York Times reported Wednesday that in his memoir, Bolton quoted Secretary of State Mike Pompeo as saying a month after the first Trump-Kim summit in June 2018 that he thought Trump's nuclear diplomacy with North Korea had "zero probability of success."