SEJONG, June 19 (Yonhap) -- Finance Minister Hong Nam-ki on Friday renewed calls for the National Assembly to approve the third extra budget to help revive the virus-hit economy, saying the government will spare no efforts to achieve positive growth this year.

"I earnestly ask the National Assembly to approve the third extra budget bill by the end of this month," Hong told a meeting with economy-related ministers.

If approved, South Korea will spend more than 75 percent of the budget within three months, Hong said. 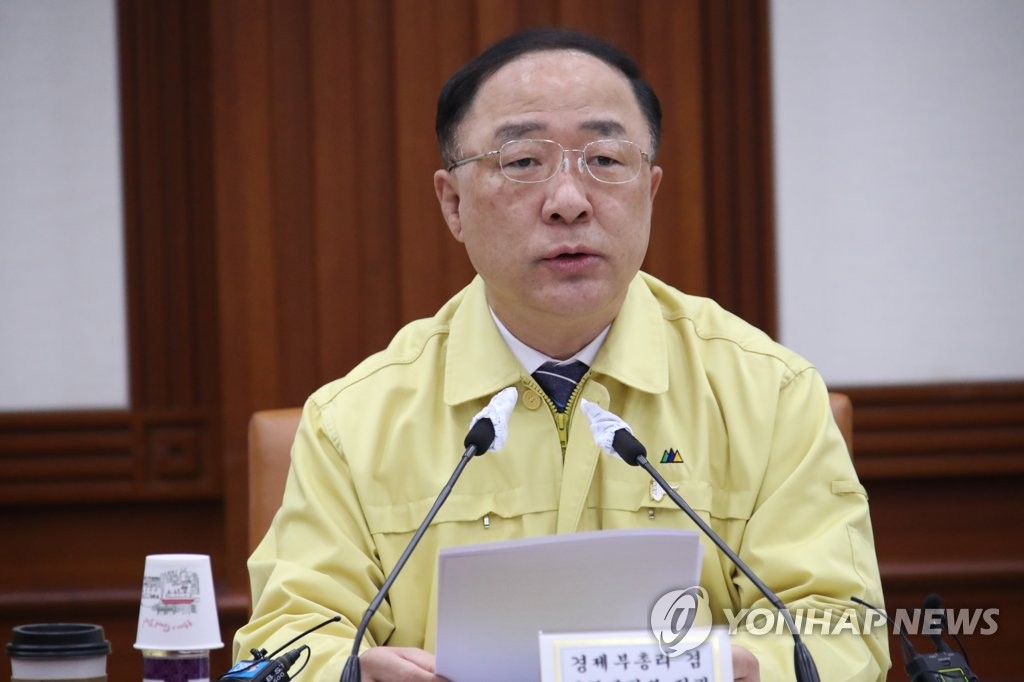 Starting in July, the government will provide 5 trillion won in loans to subcontractors for key industrial sectors, Hong said.

The loans will be offered after the government set up a 1 trillion-won fund, and the fund will allow banks to buy debts of the subcontractors, Hong said.

The move will help channel liquidity into the subcontractors, which have been struggling to get bank loans because of their low credit ratings, Hong said.

The government will also push for fresh financial support of 2 trillion won for subcontractors of automakers, Hong said.

The pandemic has disrupted trade and halted production around the globe, with a rising number of countries fully shutting their borders.

South Korea's auto exports more than halved in May from a year earlier due to falling demand in the face of the pandemic.

Although the BOK predicts the nation's economy to contract 0.2 percent this year, the finance ministry expects the economy to grow 0.1 percent.

Tensions on the Korean Peninsula heightened this week after North Korea demolished the inter-Korean liaison office in the North's border city of Kaesong.

After the meeting, Vice Finance Minister Kim Yong-beom told reporters that the government is closely monitoring financial markets and will swiftly and sternly take measures, if necessary.

North Korea's threats are expected to have a limited impact on South Korea's financial markets, but the government will exercise heightened caution in dealing with the situation, Kim said.