SEOUL, June 19 (Yonhap) -- For the 22-year-old catcher Joo Hyo-sang, having two veteran backstops above him on the Kiwoom Heroes' depth chart is both a curse and a blessing.

It's a curse because Joo, in his fifth Korea Baseball Organization (KBO) season, hasn't been getting much playing time behind Park Dong-won and Lee Ji-young. But it's also a blessing because Joo gets to pick the brains of the two players who've been there and done that. Joo got a rare plate appearance Thursday, coming off the bench in the bottom of the 10th inning of a 2-2 game against the Lotte Giants at Gocheok Sky Dome in Seoul. Joo capitalized on that opportunity by smacking a walk-off double that clinched a 3-2 win.

It was only Joo's fourth at-bat of the season in his seventh game, and he only got into the game because Park has been out since Tuesday with a knee injury and the Heroes needed a backup to Lee. Joo was called up from the Futures League, the KBO's minor league, on Wednesday.

The Heroes selected Joo in their 2016 territorial draft -- a system where clubs pick prospects within their region -- but the Seoul High School product has yet to live up to expectations. He has never appeared in more than 80 games in a season, and carried a lifetime batting average of .207 into this season.

Joo said he harbors no bitterness over his lack of playing time.

"I am not playing because I am not yet good enough," Joo said matter-of-factly Thursday, after the excitement of his first career walk-off hit wore off. "I am not mad about that at well. It comes down to my ability."

And in his attempt to get better, he has been watching Park and Lee closely.

"I keep an eye on how they call games, and what pitches they ask for in certain situations," Joo said. "I also watch them closely at the plate." 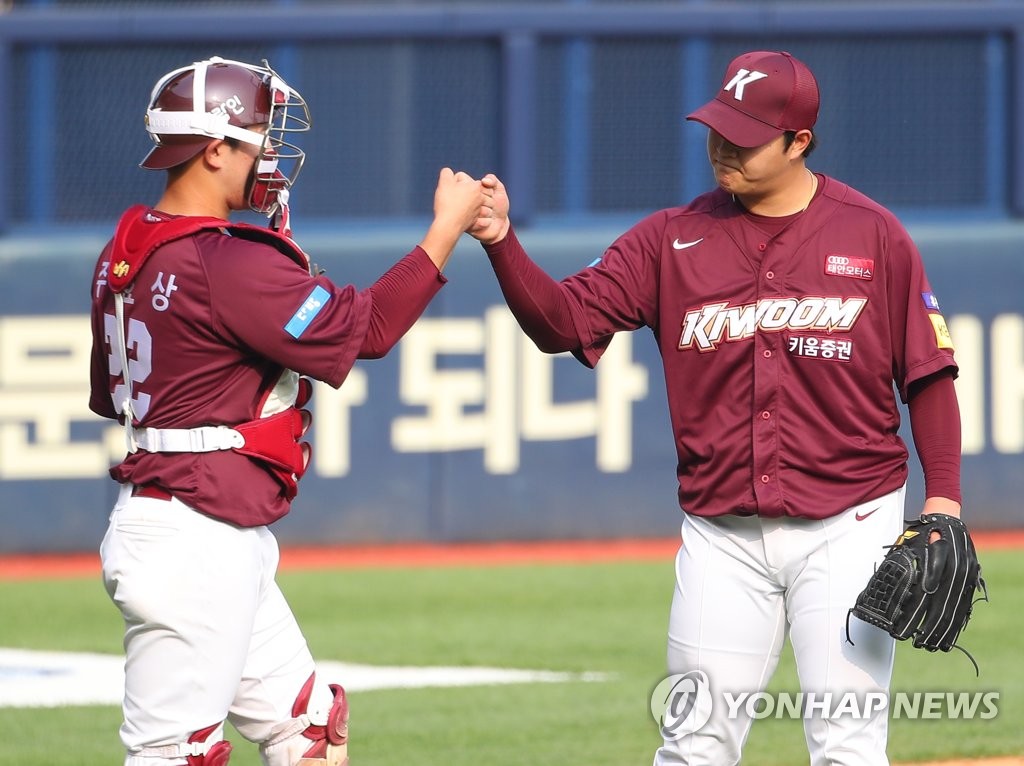 Joo said Park, 30, has taken him under his wing, even as the youngster is trying to steal his job.

"I am really grateful for his help. Even though I am supposed to be his competition, he's really taken good care of me," Joo said. "He has answered literally every question I've asked him, even some of the technical stuff."

Park is in the midst of a career season himself. Park hit his team-leading eighth home run of the season Tuesday before getting pulled with knee issues in that same game. He also leads the club with 29 RBIs, a surprise given the presence of more proven run producers like Park Byung-ho and Kim Ha-seong on the team. Park Dong-won is also batting .336/.398/.619, all career highs.

"I often ask him how he's been able to hit so well this year," Joo said of the fellow catcher. "I want to know what he's thinking at the plate."

Joo's career will take a bit of a pause after this season, as he's scheduled to begin his mandatory military service. But instead of going into combat duties, Joo plans to apply for a spot on the military club in the Futures League, Sangmu.

Joo said he wants to make the most of the time he has left with the Heroes this year.

"I am trying not to get caught up in numbers too much, and I don't want to have any regrets," Joo said. "And that was my mindset in the 10th inning today. I wanted to just swing the bat and not have any regrets afterward." 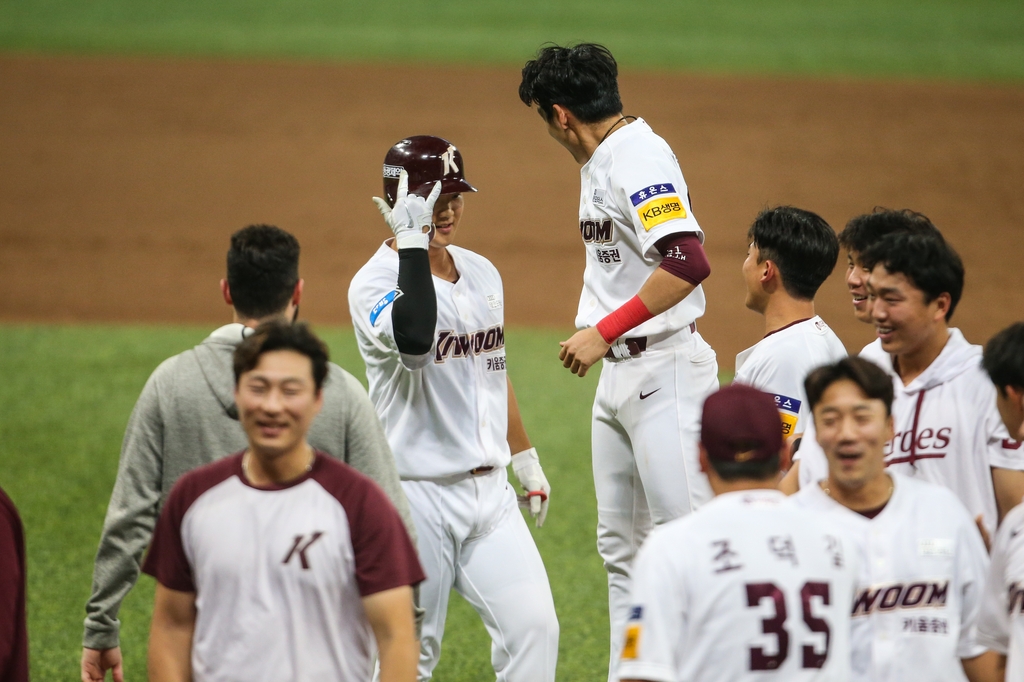