SEOUL, June 19 (Yonhap) -- K-pop group BTS was the biggest seller of music in album format in Japan during the first half of 2020, according to Japan's main music sales tracker Friday.

"Map of the Soul: 7," the septet's studio album released in February, has sold 429,009 copies in Japan to date to become the best-selling album so far in 2020, Oricon reported.

According to Big Hit Entertainment, BTS' label-management agency, the K-pop act was the first foreign artist to top the albums sales chart for the January-June period after Michael Jackson with "Thriller" in 1984.

BTS also became the first male artist to have conquered the list after J-pop band SMAP in 2017.

The septet plans to release the Japanese-language version of its latest release, titled "Map of the Soul: 7 - The Journey," on July 15. The group will put out a prerelease single, "Stay Gold," on Friday.

On Sunday, BTS held a paid-online streaming concert, "Bang Bang Con: The Live," drawing some 756,000 viewers from across 107 countries or regions. The event marked the world's biggest paid online music event in terms of viewership. 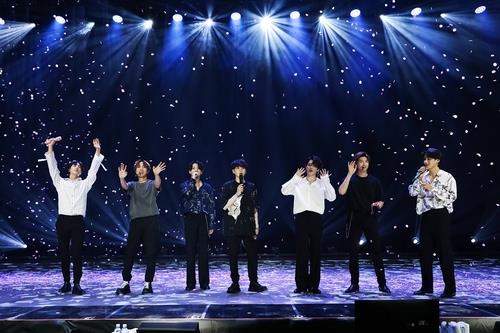