SEOUL, June 19 (Yonhap) -- Making reservations to spend time at beaches in South Korea may become mandatory as the country tries to stem the spread of the novel coronavirus.

The country is planning to first introduce a reservation system for visits to 14 beaches in South Jeolla Province before expanding the scheme nationwide, according to the ocean ministry. The beaches will open between July 10 and Aug. 30.

People who plan to visit those beaches need to make reservations online, providing their names and contact information, the ocean ministry said. 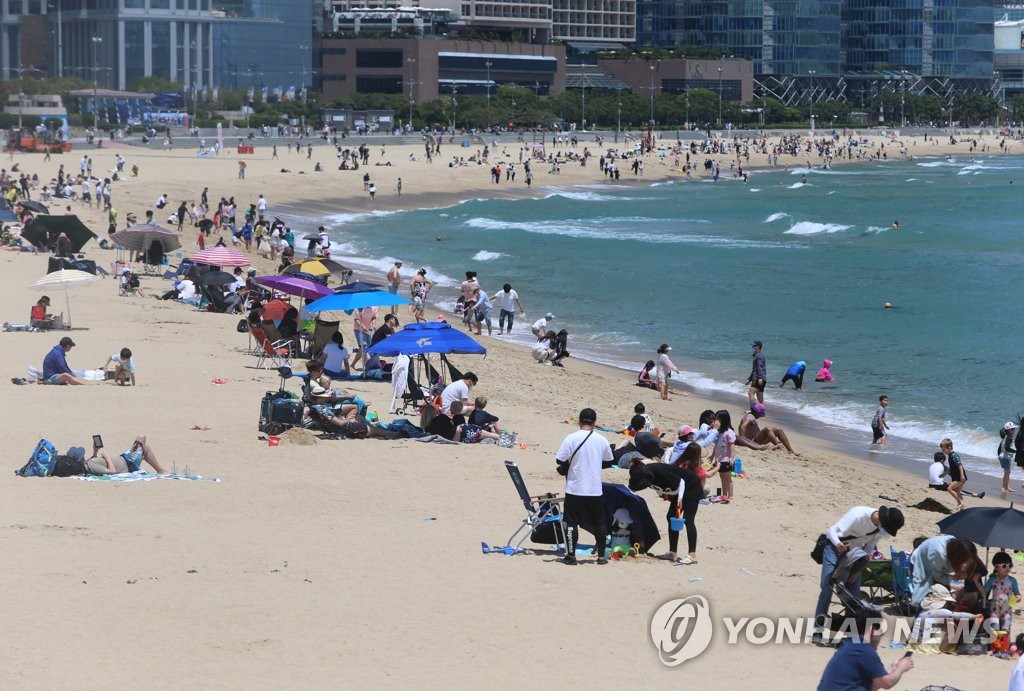 But not all municipal governments welcomed the idea, saying they will come up with their own virus preventive measures, citing cost and environmental reasons.

In addition to the reservation system, the ministry also plans to install signal lamps on major beaches that show how crowded a place is.

With the country still dealing with cluster infections in the capital area, other regions where the virus situation has relatively stabilized recently decided to reopen public facilities, including museums and state forests, but with a reservation system.

The municipal government of the southern resort island of Jeju, one of South Korea's most popular tourist destinations, reopened 35 public facilities, including seven cultural centers and four museums, on Thursday on a conditional basis, with a visitor reservation system in place.

South Korean switched to a loosened social distancing scheme on May 6, allowing citizens to return to their normal lives under the condition that they follow quarantine guidelines.

But due to a string of cluster infections in Seoul and the neighboring areas, the country recently decided to indefinitely extend toughened social distancing measures in the country's densely populated region, which include the shutdown of public facilities, such as museums and parks, and entertainment establishments, such as bars and clubs, suspending their operations.

South Korea added 49 new cases Friday, including 32 local infections, raising the total caseload to 12,306, according to the Korea Centers for Disease Control and Prevention (KCDC).

Reservations required before visits to beaches amid virus woes

Reservations required before visits to beaches amid virus woes