(ATTN: UPDATES with speculation on possible replacement of other top security officials, other details; ADDS photos)
By Lee Chi-dong

Keen attention is being paid to who will become Seoul's new point man on Pyongyang. It remains unclear how soon Moon will make public his choice, with Vice Unification Minister Suh Ho expected to serve as acting minister for the time being. 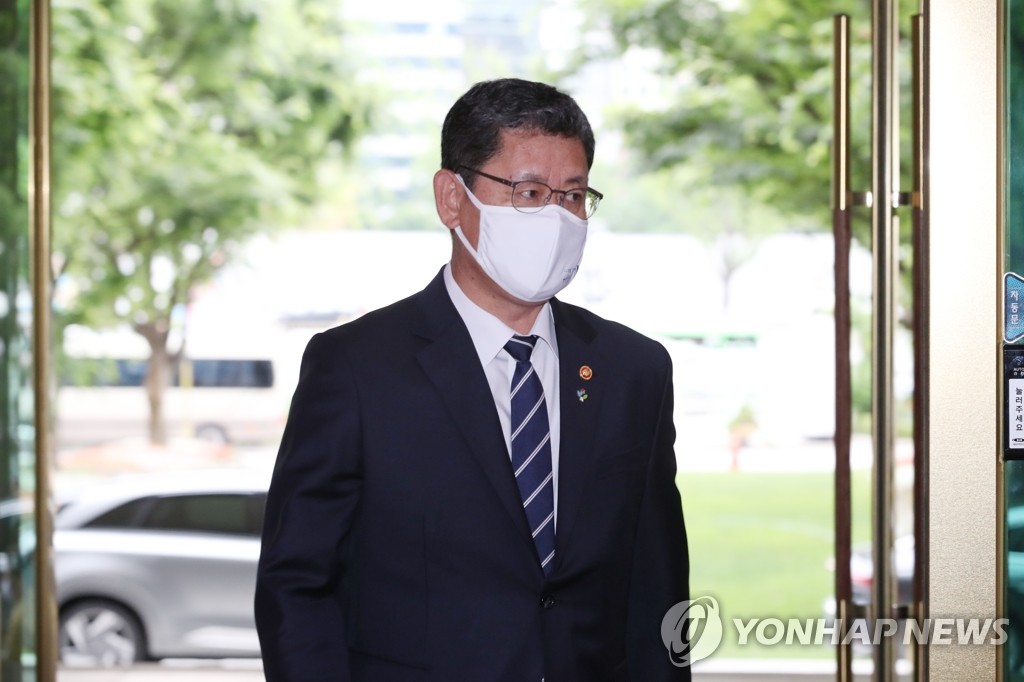 Kim, a scholar known for his expertise on North Korea issues, is the second unification minister under the Moon administration.

Inter-Korean tensions are running high 14 months after his inauguration, as the North has virtually declared the 2018 bilateral comprehensive military agreement null and void ostensibly in protest at the South's failure to stop activists here from launching propaganda leaflets across the border.

This time, Moon is widely expected to pick a politician.

Among possible candidates reported by media are Lee In-young, a four-term lawmaker who once served as the ruling Democratic Party's floor leader, and his two party colleagues: Sul Hoon and Rep. Hong Ihk-pyo, elected five and three times, respectively. Avid advocates of an improvement in inter-Korean ties, they have engaged in various relevant activities.

Some observers say Moon may ask Im Jong-seok, his former Cheong Wa Dae chief of staff, to assume the post and salvage the Korea peace process.

Im quit his Cheong Wa Dae job last year and publicly said he would stay away from politics and government to focus on a civilian-led campaign for the reunification of the Koreas.

Speculation is also rampant that Moon may be considering a broader shake-up of his diplomatic and national security team, especially amid a call to replace Chung Eui-yong, director of national security at Cheong Wa Dae, and National Intelligence Service Director Suh Hoon. 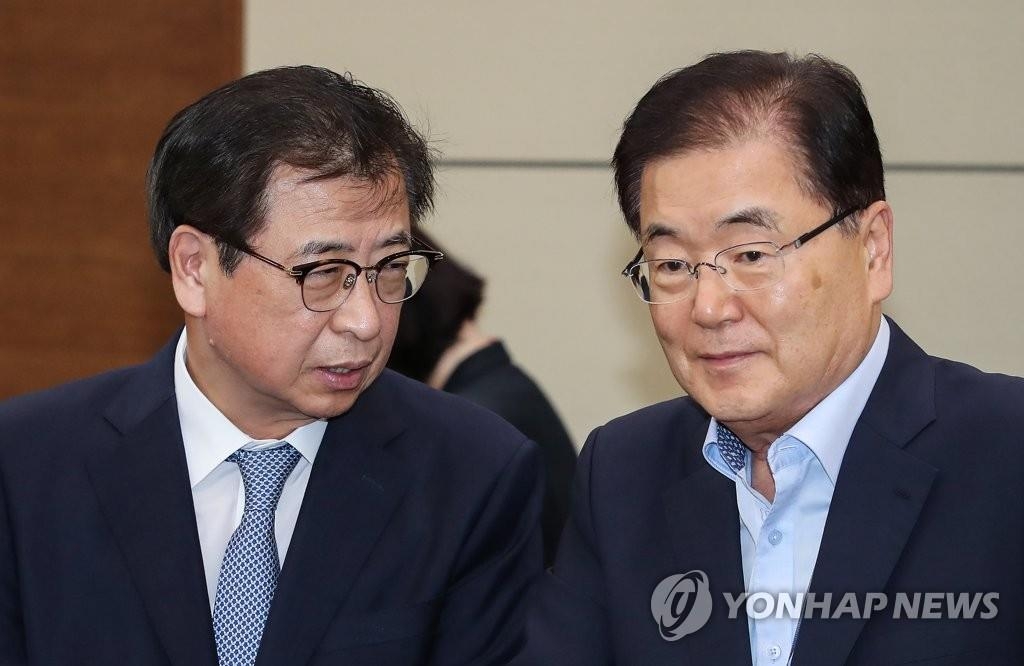 If that is the case, Foreign Minister Kang Kyung-wha and Defense Minister Jeong Kyeong-doo could be affected.

An informed source, however, said Moon is likely to choose his new unification minister first and take some more time to decide whether to replace other top security officials.

The president would not want to create a "collective vacuum" in the veteran leadership of the team at a time when inter-Korean relations and Seoul-Washington policy coordination are at a critical juncture.

Chung has played a pivotal role in consultations with the U.S. and Suh is known to have close personal connections with key North Korean officials.

The duo are symbolic figures in Moon's dovish approach toward Pyongyang, which coupled with a push for close cooperation with Washington.