SEOUL, June 19 (Yonhap) -- Actor Yoo Ah-in has played a variety of adolescent characters on both the big and small screens since he made his debut with the coming-of-age TV series "Sharp" (2004).

His roles have been unusually deep and emotionally serious for a young actor, ranging from a rebellious high school student in "Punch" (2011) and an insane crown prince in the historical drama "The Throne" (2015) to a sensitive young man in the psychological thriller "Burning" (2018), a critics' prize winner at Cannes.

Therefore, he is well known as a dramatic actor on the South Korean entertainment scene, who chooses a project or a character with thoughtful impressions or social implications. 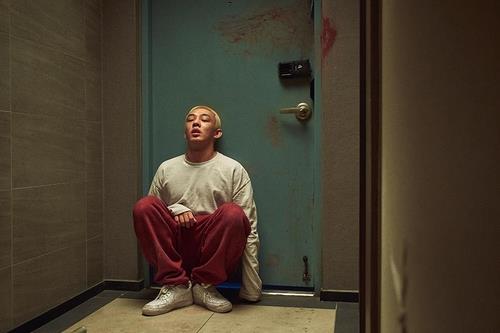 In the upcoming zombie thriller "#Alive," however, Yoo takes the role of a young guy named Joon-woo who lives a mundane life, getting up late in the morning and enjoying computer games like the boy next door.

Directed by Cho Il-hyung, known as Il Cho abroad, "#Alive" revolves around Joon-woo, completely isolated and struggling to survive in a city infected by a mysterious virus. Joon-woo, one of the two survivors in a zombie-hit apartment, falls into deep loneliness and despair before finding a silver lining -- another survivor in the residence.

"I've played many serious characters, who portray the ideal youth of the generation in a literary or implicit way," said the 33-year old actor. "But I'm not a person like that."

Yoo, one of the most socially outspoken actors in his generation, said it was part of his strategy to differentiate himself from other actors or actresses about his age. But this time, he wanted to take on the spontaneous and unflattering side of acting in "#Alive."

"It feels too heavy for me to keep dealing with such solemn characters, and I think my fans feel the same," he said. "Now, it will feel fresher for them to see my friendly, comfortable side in '#Alive.' This change will help remove a barrier set between an actor and viewers."

To look like a commonplace 20-something, the versatile actor gained weight and had his hair dyed.

"I had no idea whether being skinny or plump looks more ordinary or typical," he said, laughing. "I tried to make myself a bit chubby and round -- who loves ready-to-eat meals." 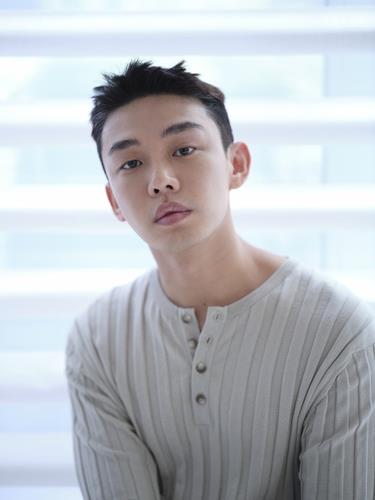 Moreover, as part of his changed approach to narrow the gap with his fans, he decided to appear in the popular reality show "I Live Alone," revealing his everyday life for the first time.

"I'd closed myself to TV variety shows, as I thought they were too difficult and strange for me," said Yoo, who also works as a creative director and fashion design artist. "Now I've become more open to TV shows, and I think I can take one step closer to the public."

He said his off-screen career as an artistic director and curator has also helped him expand his views as an actor. He founded Studio Concrete in 2014, a creative collective with a group of artists born in the 1980s and working in various fields like advertising, graphic design and product design.

"It has led me to think of my acting or my films in a bigger point of view," he said. "And it also helps me seek a longer-term chemistry with the public."