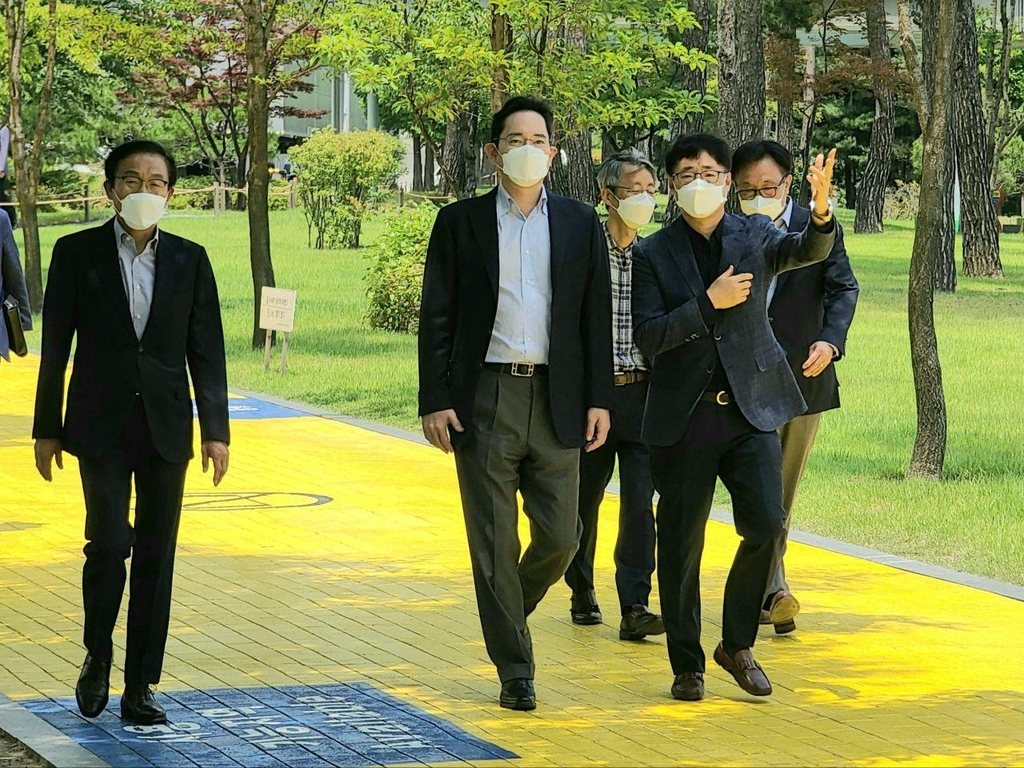 "We are in a situation facing severe risk," Lee said. "Our survival depends on how fast we can secure future technologies. We do not have much time."

This is the second time this year that Lee inspected the chip R&D center and emphasized its future competitiveness. He previously visited the R&D center on Jan. 2 to start the new year.

Lee's visit comes as Samsung tries to overcome uncertainties caused by the novel coronavirus pandemic and renewed trade tensions between the United States and China.

In April last year, Samsung Electronics announced a vision to become the world's No. 1 logic chip maker by 2030 by investing 133 trillion won (US$109 billion) and bolstering its competitiveness in the system LSI and foundry businesses.

Samsung, the world's leading memory chip and smartphone maker, recently announced the addition of new foundry and NAND flash production facilities in South Korea. In May, Lee visited the company's chip plant in Xian, China, to check its business plans.