Starting on June 10, the country has enforced QR code-based entry logs at facilities with high risks of infections in the greater Seoul area and selected cities in its latest efforts to track and contain the COVID-19 pandemic.

Visitors to around 80,000 facilities -- including bars, nightclubs and karaoke rooms -- have to get an one-time QR code on their smartphones and submit it to the venues. 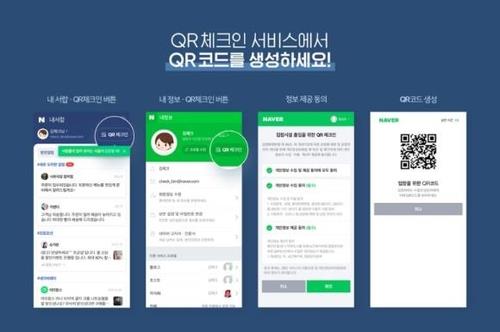 Facilities that do not implement the QR code system or falsify their list of visitors will be subject to fines or possible shutdowns, health authorities said.

Naver Corp., the operator of the country's No. 1 internet portal, was the first to join the government's move by providing QR code readers on its smartphone application.

Personal data collected from the QR codes will be encrypted and will only be used to identify the person when there is a need for an epidemiological investigation, Naver said. The data will be destroyed after four weeks.

Kakao Corp., the operator of the country's top mobile messenger KakaoTalk, also said it will begin providing the QR code service on its messenger app by the end of this month.

The move comes as cluster infections traced to nightclubs and bars in the nightlife district of Itaewon in Seoul swelled in and around the capital city in late May. As of Thursday, a total of 277 COVID-19 cases have been linked to Itaewon. 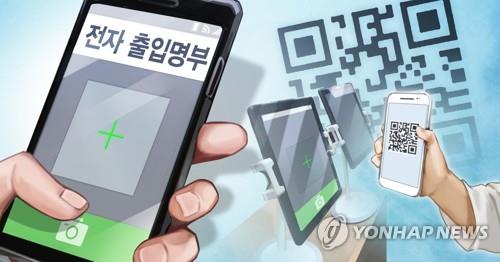