Mahindra and SsangYong didn't confirm whether they have named an unidentified adviser for the stake sale.

The SsangYong Motor stake held by Mahindra is valued at about 330 billion won based on Friday's closing price of 2,970 won. 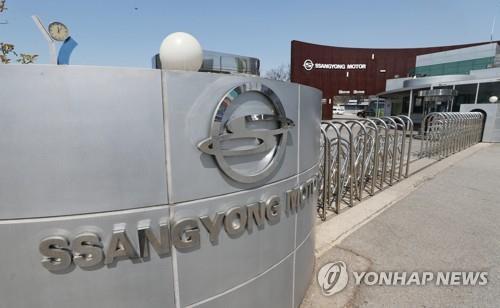 Mahindra hinted at the possibility of giving up control of SsangYong Motor last week, as its Managing Director Pawan Goenka said that SsangYong needs a new investor and that Mahindra is working with the company for that purpose.

SsangYong Motor has struggled with declining sales due to a lack of new models and Mahindra's recent decision not to inject fresh capital into the Korean unit. Its lineup consists of the flagship G4 Rexton, as well as the Tivoli, Korando and Rexton Sports sport utility vehicles.

Mahindra said early this year it will inject 230 billion won into SsangYong for the next three years after obtaining approval from its board. But its board voted against the investment plan in April, as the COVID-19 pandemic continues to affect vehicle sales in global markets.