WASHINGTON, June 19 (Yonhap) -- U.S. President Donald Trump told North Korean leader Kim Jong-un during their June 2018 summit in Singapore that he was open to lifting United Nations sanctions on the regime and would think about it, Trump's former national security adviser, John Bolton, was quoted as writing in his upcoming memoir.

In his book, "The Room Where It Happened," which is due to be published next week, Bolton writes that Kim told Trump as they were leaving the meeting that he was glad the two had agreed to follow the "action for action" approach in exchanging North Korea's denuclearization for U.S. concessions, according to Sue Mi Terry, a former CIA analyst who currently works for the Center for Strategic and International Studies think tank.

Kim asked if lifting U.N. sanctions would be next, and Trump responded that "he was open to it and wanted to think about it," Terry wrote on her Twitter account Thursday. "So Kim left with optimistic expectations." 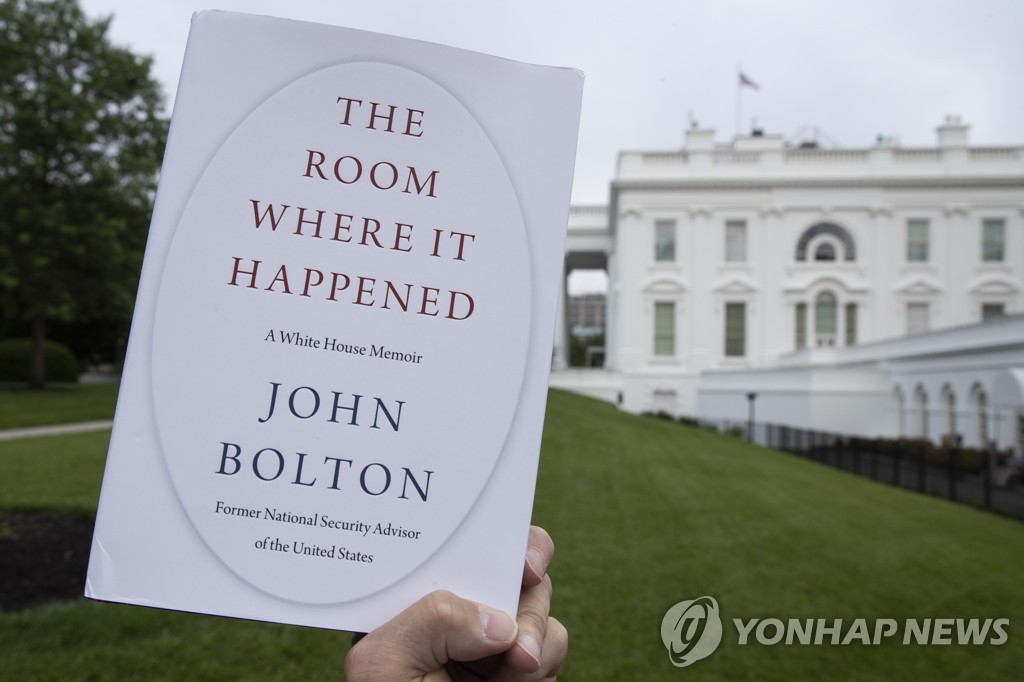 On South Korea-U.S. joint military exercises, Trump repeatedly complained about how expensive and provocative they are, and how he viewed them as a waste of money, Bolton continues in his book, Terry said.

"So when Kim said he wanted the U.S. to reduce or eliminate exercises, Trump said he would override the generals and do so," she tweeted.

"Neither Kelly, Pompeo, nor Bolton -- who were sitting right there! -- were consulted and of course not Mattis (who wasn't there)," she added, quoting the memoir. "No consultations with S Korea either. Trump just gave in to Kim without consulting or notifying anyone."

John Kelly was Trump's chief of staff at the time; Secretary of State Mike Pompeo continues to serve; James Mattis was then defense secretary.

Bolton also notes that later on, Trump was "off riffing that he didn't understand why we had fought the Korean War and why we still had so many troops on the Peninsula, not to mention those war games."

Before the summit, there was no detailed preparation or formal agenda. Trump was prepared to sign a "substantive free Communique."

"Bolton confirms that Trump was desperate to have the summit with Kim at any price because it would be 'great theater,' 'an exercise in publicity,'" Terry wrote.

Asked by Kim how he assessed him, Trump said he loved the question and told Kim that he saw him "as really smart, quite secretive, a very good person, totally sincere, with a great personality." 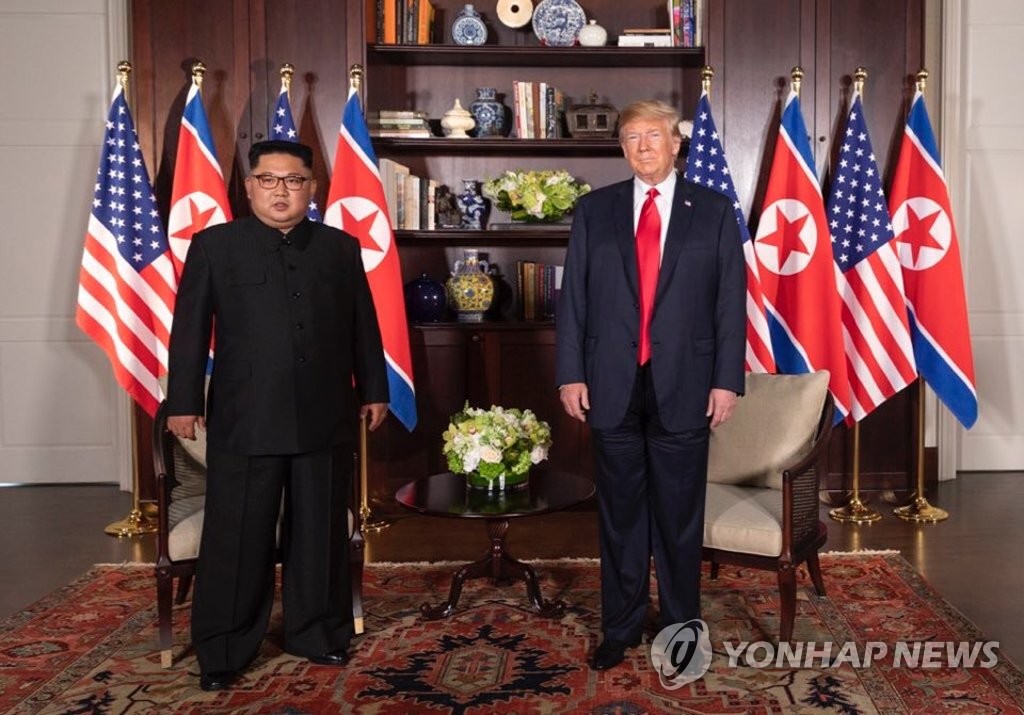 Ahead of the second summit in Hanoi, Vietnam, in February 2019, Bolton writes that he had three prep sessions with Trump, according to Terry.

"Key points Trump took away were: 'I got leverage,' 'I don't need to be rushed,' 'I could walk away,'" she tweeted. "Bolton convinced him that 'if we walk away, it's okay,' because Bolton wanted to sabotage the talks."

Trump saw three possible outcomes from the Hanoi summit: a big deal, a small deal, or "I walk."

"He rejected a small deal (not dramatic and he didn't want to give up sanctions). A big deal wasn't going to happen because KJU did not make a strategic decision to give up nukes. So ... That left the walk-out option. Trump was prepared for it. His philosophy: 'ditch the girl before she ditches you,'" Terry wrote.

Trump debated between a small deal and walking away.

He decided "walking away" was more dramatic and would give him leverage in other negotiations, Terry quoted Bolton as writing.

"Bolton confirms a deal was close in Hanoi but Kim had nothing to offer except Yongbyun," she wrote, referring to North Korea's main nuclear complex. "Trump pleaded with Kim to add something to his offer, but Kim refused. So Trump walked, knowing it would make him look good."

The third Trump-Kim meeting -- in the Demilitarized Zone on the inter-Korean border -- was entirely Trump's idea, according to Terry's account of the book.

"Why did Trump want the DMZ summit? There was no substantive agenda. It was all about the press coverage. Bolton says this shows Trump 'couldn't tell the difference between his personal interests and the country's interests,'" she wrote.

"Trump lied when he said Kim had asked for the 3rd summit and claimed that 'Kim wanted to meet him very badly.' Bolton writes: 'All of this was nonsense. There was no doubt who wanted to meet badly, and that was the one doing the talking,'" she added.