SEOUL, June 20 (Yonhap) -- South Korea urged North Korea on Saturday to "immediately" withdraw its plan to send anti-Seoul leaflets across the border into the South, voicing regret over its decision to do so.

The unification ministry handling inter-Korean affairs made the request after the North's state media said earlier in the day it was printing anti-Seoul propaganda materials in large numbers and preparing to send them across the border to the South.

"It is very regrettable that North Korea unveiled via a media outlet its plan to send massive anti-South Korea leaflets, and we demand its immediate halt," the ministry said in a statement.

"Such acts by North Korea are a clear violation of the inter-Korean agreement, a step that does not resolve wrong practices between the two Koreas but rather exacerbates them," it said, stressing that it does no good for inter-Korean relations or the peace process on the Korean Peninsula.

It also said the government has vowed to sternly deal with anti-Pyongyang leafleting by some civic groups and stepped up control near the border towns to crack down on the activities.

Tensions run high after Pyongyang made a series of threats against Seoul, including possible military action, in anger over what the North claimed to be the South's "connivance" at the sending of anti-Pyongyang leaflets via balloons by North Korean defectors and activists.

The North has also vowed to sever ties with the South and go back to treating the neighbor like an enemy. On Tuesday, it blew up a joint liaison office in the border town of Kaesong as the first step in a series of retaliatory actions it claims will take against Seoul.

The government said earlier this month it would legislate a ban on sending such leaflets into the North and filed a criminal complaint with police against two defector groups. 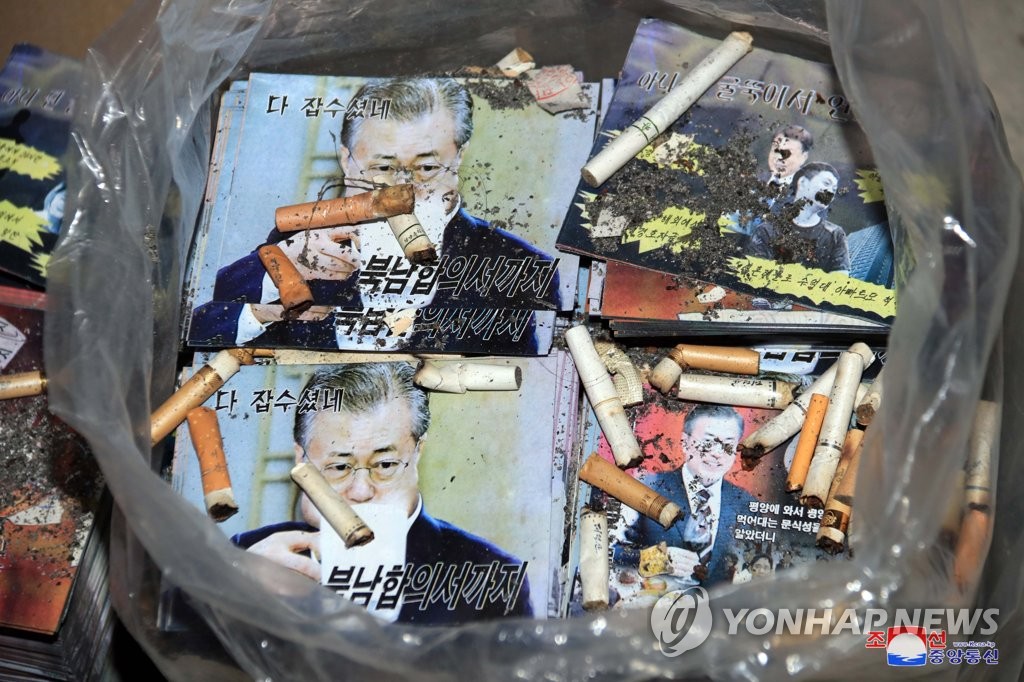