SEOUL, June 21 (Yonhap) -- North Korea keeps sending small groups of troops to border sentry posts for bush clearance and road maintenance, a government source said Sunday, amid concerns it could deliver on its threat of military action against South Korea.

The North has sent groups of up to five soldiers with shovels and sickles to small stakeout boxes in the Demilitarized Zone separating the two Koreas. But Seoul does not see the move as a step to make good on Pyongyang's threat of military action, the source said.

In anger over propaganda leaflets sent from the South, the North threatened to redeploy troops to the now-shuttered joint industrial complex in its border city of Kaesong and the Mount Kumgang tourist zone on its east coast, and restore border guard posts removed under a 2018 tension-reduction deal.

"Guard posts and stakeout boxes are obviously facilities for military utility," the source said on condition of anonymity. "So it is natural that there are such military movements. But we are keeping close tabs on them."

The military authorities here believe that an activity by at least a platoon-level number of forces could be seen as an unusual sign that requires their particular attention, the source said.

The source added that there have not been any activities spotted related to the restoration of the guard posts removed under the two Korea's Comprehensive Military Agreement, which was signed in September 2018 to build mutual trust and reduce border tensions.

The South Korean military is also closely watching two coastal artillery pieces on the North's border region of Gaemori, as their muzzles appeared open, spawning worries that they could be on standby for use.

"But those are things that the North often close and open. There seems to be a possibility that the muzzles were open to remove humidity or for ventilation work," the source said.

Tensions between the two Koreas have run high as the North appears to be reverting to brinkmanship tactics with its bellicose rhetoric, demolition last week of an inter-Korean liaison office in Kaesong and warnings of military action.

In an unusually strong tone, the South Korean military has warned that it would respond strongly should the North launch any military provocations.

On Sunday, North Korean media continued its verbal attacks on South Korean authorities, saying they should feel "heavy responsibility" for the deterioration of cross-border relations.

"The South Korean authorities should painstakingly realize what they have committed rather than taking issue with others," the Rodong Sinmun, the North's main newspaper, said in a commentary.

It also said that the 2018 inter-Korean agreement was already scrapped a long time ago "due to the South's act of betrayer."

"What can we hesitate to do when mutual respect and trust has collapsed, and there isn't anything, for which the North and South are required to sit down face to face?" the paper said.

Uriminjokkiri, a propaganda website, took issue with a maritime live-fire defense exercise that South Korea staged on a smaller scale earlier this month.

"The South Korean military should keep quiet while fully realizing its sin that has driven the North-South relations into a catastrophe rather than needlessly inviting trouble itself," it said. 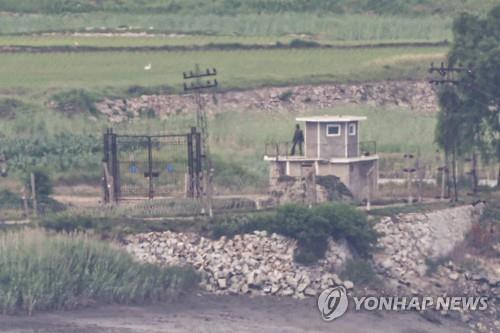