SEOUL, June 21 (Yonhap) -- The number of asymptomatic infections of the novel coronavirus in South Korea is assumed to be 10 times more than the current diagnosed cases, an expert said Sunday.

"As the COVID-19 virus spreads easily even in casual conversation, dozens of people are unaware that they are infected," Oh Myoung-don, head of South Korea's central clinical committee for emerging disease control, said in a press briefing. 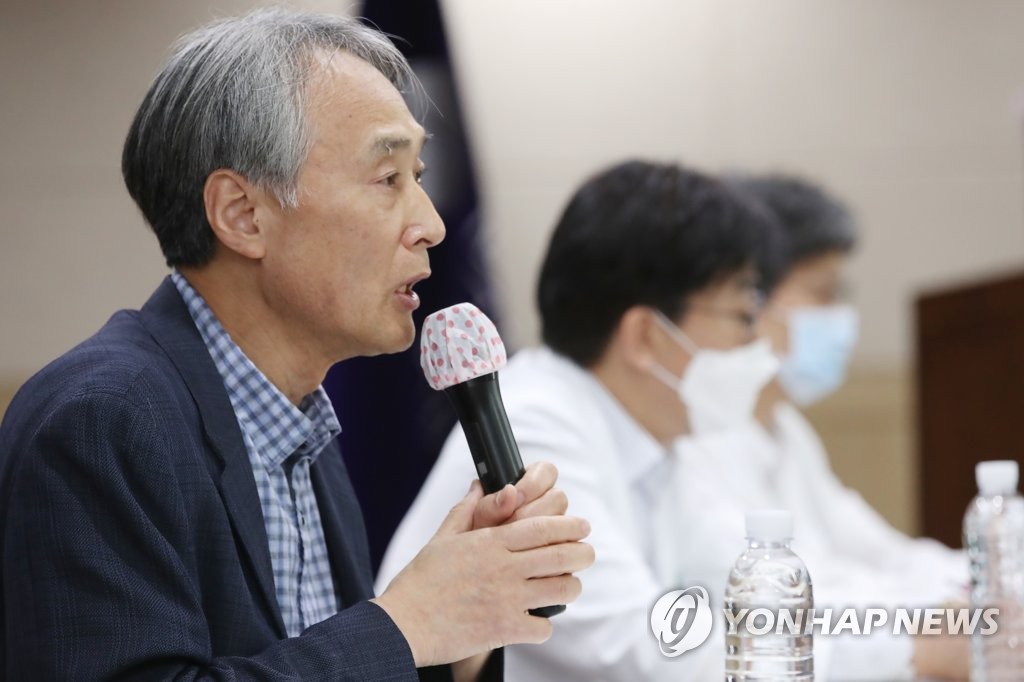 According to the committee, Spain conducted antibody tests on 60,000 people in April, and 5 percent of them tested positive, regardless of whether they developed symptoms.

The results can be interpreted that 2.25 million Spanish people out of the population of 45 million might have been infected with the coronavirus. The number is 10 times larger than the 230,000 COVID-19 cases confirmed by the Spanish government.

Moreover, in an antibody test by Brooklyn, a borough of New York City, 47 percent tested positive, while an examination by the Chinese city of Wuhan, where the novel coronavirus is believed to have originated, showed 10 percent had positive test results.

South Korea has reported a total of 12,421 COVID-19 cases as of Sunday. It has been struggling to contain the recent rapid spread of the virus in the populous capital city of Seoul and the surrounding areas.

The expert noted there might be a larger number of undetected infections, who show no symptoms but transmit the virus to others.

"As there are 10 times more asymptomatic patients around us, and they can transmit the virus in everyday life, we have to face infections whose transmission routes remain unclear," said the expert. "If we can't detect the size of the asymptomatic people, we cannot fully prevent the spread of the virus under the current quarantine scheme."

He called for antibody testing to find out how many South Koreans have been infected with the coronavirus, as the pandemic is expected to continue for a while.

"If we get to know the positive test results, they will help health authorities draw up appropriate measures to fight against the virus," he said. "Our goal is not to bring an end to the epidemic but to slow down the outbreak ... and minimize victims."

Last month, the South Korean government said it had plans to conduct coronavirus antibody tests on people in Daegu and the surrounding North Gyeongsang Province, where most of the COVID-19 cases were reported in the early phase in February and March.