North Korea has threatened to send propaganda leaflets into the South in retaliation against South Korea's failure to stop North Korean defectors and other activists from sending anti-Pyongyang leaflets into the communist state despite their 2018 summit agreement banning such activity.

"Publishing and printing institutions at all levels in the capital city have turned out 12 million leaflets of all kinds reflective of the wrath and hatred of the people from all walks of life," the Korean Central News Agency said.

"Various equipment and means of distributing leaflets, including over 3,000 balloons of various types capable of scattering leaflets deep inside South Korea, have been prepared," it added. "The time for retaliatory punishment is drawing near."

It did not mention when the leaflets will be dispatched, but observers say it will be just a matter of days or timed for Thursday, the 70th anniversary of the 1950-53 Korean War.

On Saturday, South Korea's unification ministry voiced regret over North Korea's plan to send leaflets and demand Pyongyang withdraw it immediately, calling it a violation of the inter-Korean summit agreement.

Dispatching propaganda leaflets into the South is one of the retaliatory measures the North has vowed to take in response to anti-Pyongyang leaflets that defectors in the South send via large balloons into the North.

The North has bristled at South Korea failing to stop defector groups and other activists from sending propaganda leaflets criticizing its leaders.

North Korea has called South Korea an "enemy" and cut off all cross-border communication lines in anger over the leafleting issue. Last week, it even blew up a joint liaison office in its border town of Kaesong that was opened as a result of a 2018 summit between their leaders.

The South Korean government has sought to legislate a ban against leafleting and filed a criminal complaint against two defector groups engaging in such activity. The North, however, criticized Seoul for acting too late and coming up with "little more advanced excuses." 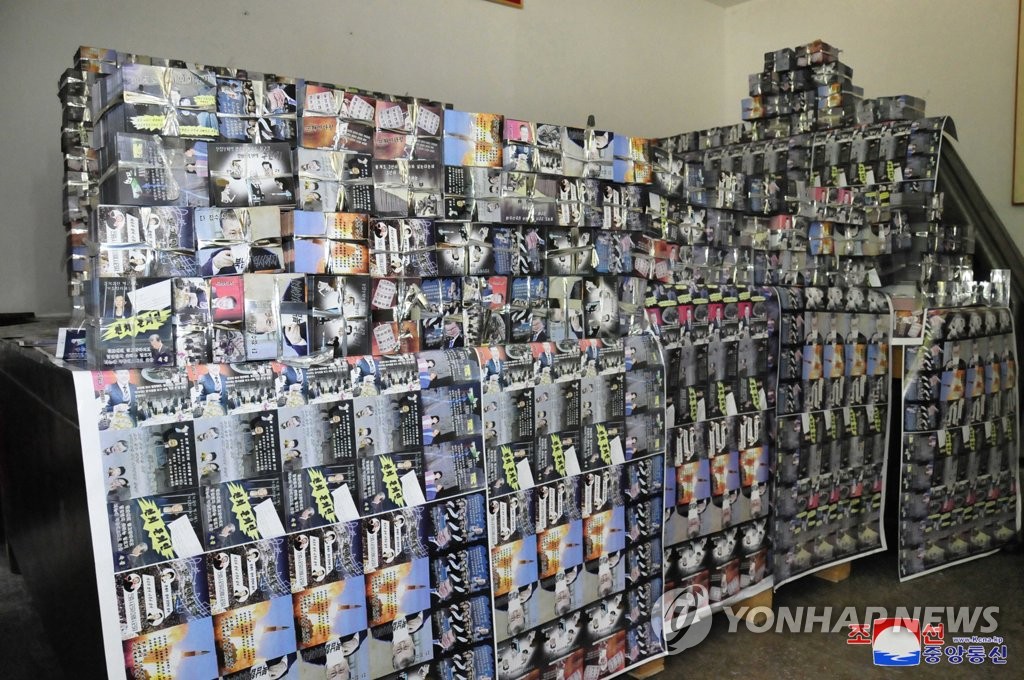