SEOUL, June 22 (Yonhap) -- With its start pushed back by more than two months and its schedule reduced by nearly a dozen matches as a result, the 2020 K League 1 football season has been vastly different from 2019.

And yet, there's one common thread that has carried over from a season ago. Jeonbuk Hyundai Motors and Ulsan Hyundai FC are back on top, threatening to make this a two-horse race for the crown well before the halfway point of the season.

Through eight matches of the season, Jeonbuk are leading the way with 21 points from seven victories and a loss. Their path to an unprecedented fourth consecutive title will likely have to go through Ulsan, which are in second place with 20 points and remain the only undefeated club this season with six wins and two draws. 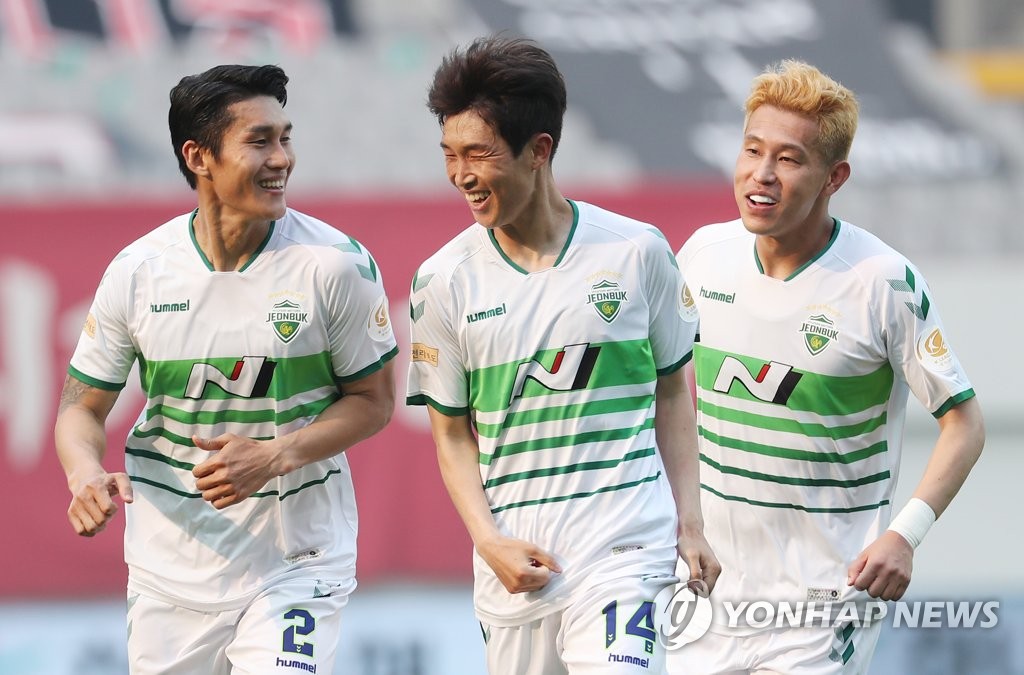 No team outside Jeonbuk or Ulsan has even 20 points. Sangju Sangmu are the closest pursuer with 14 points, with Daegu FC and Pohang Steelers trailing Sangju at 13 points apiece.

The season began on May 8, as opposed to the originally scheduled Feb. 29, due to the coronavirus outbreak in the country. The 12 clubs will play 27 matches instead of their usual 38.

Under the split system that has been in place since 2012, the top six teams will be paired into "Final A" and the bottom six will end up in "Final B" after 22 matches. They will then play the remaining five matches of the season against five opponents within their group.

In a normal, 38-match season, teams would be divided into two tiers after 33 matches. This year, there's much less margin for error, and far fewer opportunities for teams to make up ground if they fall behind early in the season.

Sangju, a military club made up of conscripted players, have been this season's biggest overachievers, and their goal difference of minus-1 (nine goals scored against 10 conceded) suggests their 4-2-2 (wins-draws-losses) start is perhaps not sustainable. Sangju, Daegu and Pohang cannot match the depth and talent level of Jeonbuk and Ulsan.

Upon closer examination of the two leading clubs, Ulsan have been the more dominant of the two. They lead all clubs with 19 goals scored, and they're tied with Jeonbuk for the fewest goals allowed with four. Ulsan have scored at least three goals in four matches. 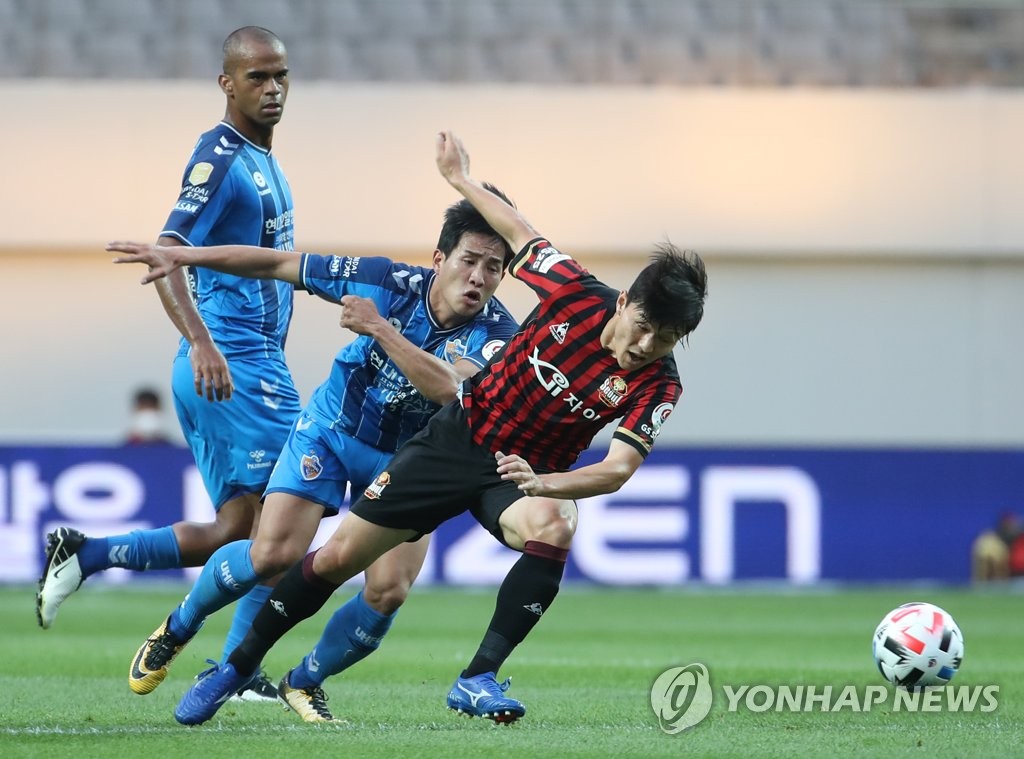 Their Brazilian striker Junior Negrao is the K League's top scorer this season with nine goals, the latest one coming in a 2-0 victory over FC Seoul on Saturday.

Five of Jeonbuk's seven wins have been by one goal. They have often had a sluggish first half, only to kick it up a notch in the second half. Of their 13 goals, 11 have come in the second half. In their most recent victory Saturday, Jeonbuk needed an 85th-minute score by Han Kyo-won to squeeze past Gwangju FC 1-0.

These two rivals will clash for the first time this season at 6 p.m. Sunday in Ulsan, 400 kilometers southeast of Seoul.

"He's able to play, and he's been practicing with the team," Kim said after Saturday's match. "We rested him (against FC Seoul) for precautionary reasons. We'll send him out there in our next match (against Jeonbuk). I know a lot of football fans will be watching that game closely, and we'll try to come away with the result we want." 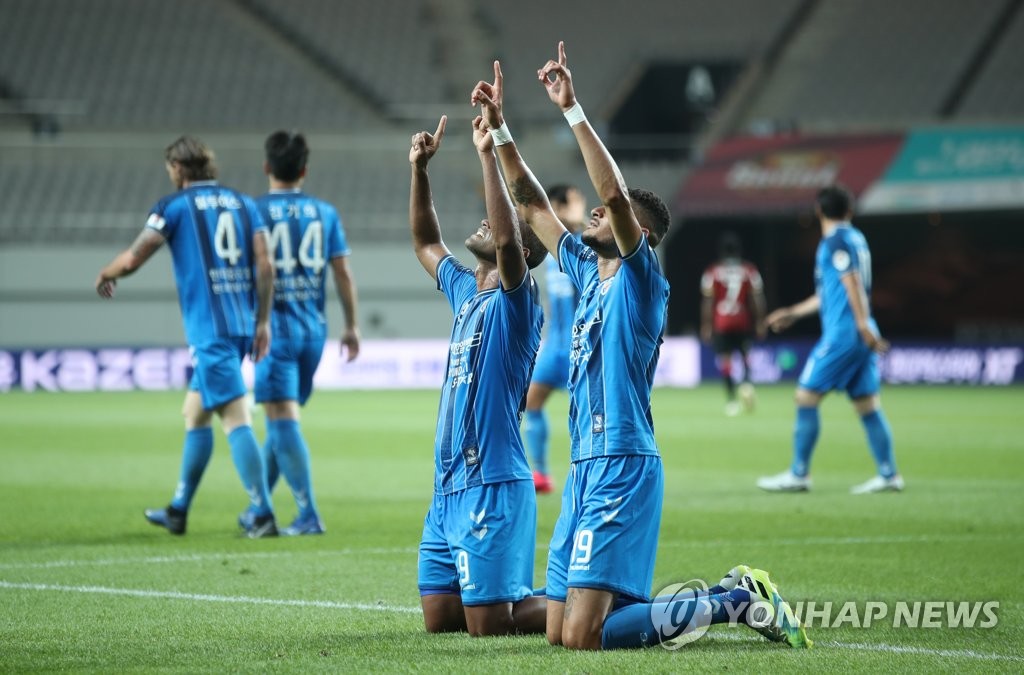 While Kim appears to have been carefully building up for the match against Jeonbuk, his coaching counterpart, Jose Morais, appears to be doing the exact opposite.

"If anything, there's even less preparation for me to do for these big matches," Morais said Sunday. "Every player knows the importance of a match against Ulsan. I'll just give them some tactical instruction. The players will handle everything else. I am looking forward to a good match."

Last year, Jeonbuk and Ulsan finished tied for most points in the league at 79, with Jeonbuk capturing the title on a goals-scored tiebreaker, 72-71. The next-best team, FC Seoul, finished 23 points back in third place.

Ulsan took a three-point lead over Jeonbuk into the final day of the regular season. Needing only a draw against Pohang Steelers to secure their first championship since 2005, Ulsan instead lost 4-1. That, combined with Jeonbuk's 1-0 victory over Gangwon FC, resulted in the most spectacular final-day collapse in league history. 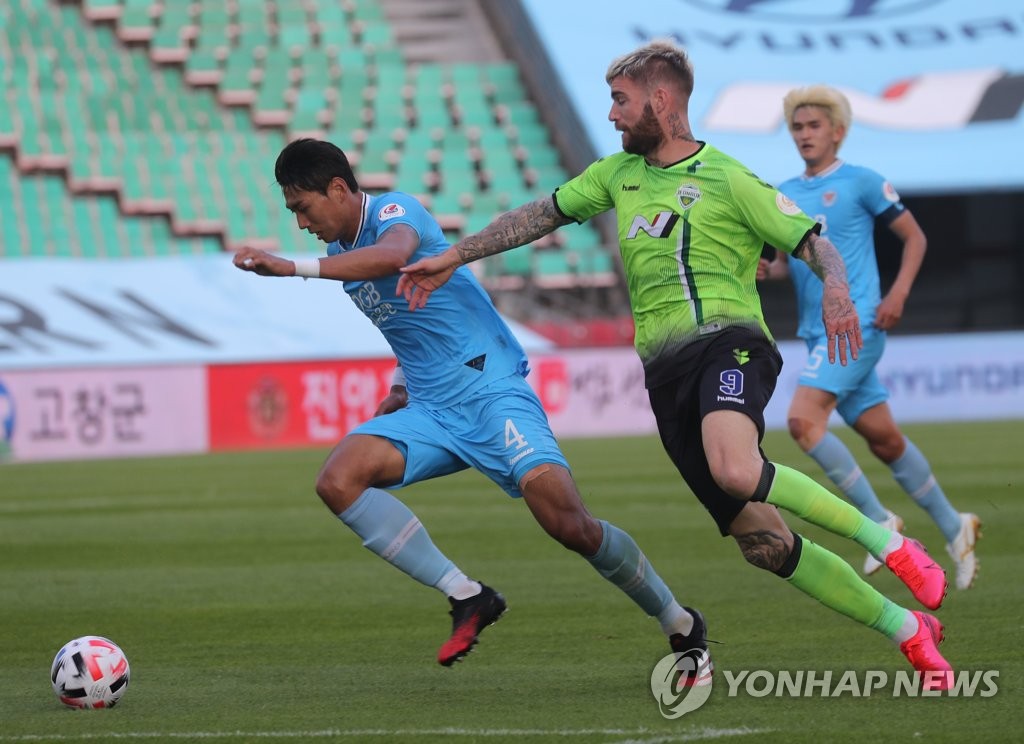