SEOUL, June 22 (Yonhap) -- A man was arrested for physically assaulting a bus driver who demanded the man wear a face mask to ride the bus, police said Monday, in the first arrest case for a violation of mandatory mask use against COVID-19.

The police in the city's northeastern ward of Gwangjin said they had arrested the man in his 50s after the Seoul Eastern District Court issued a warrant sought by the police on Saturday.

According to police, the man attacked and verbally insulted the bus driver and also attacked a fellow bus rider who tried to stop him on Thursday.

It marked the first case in which a violator of a mask use policy for public transportation was arrested. The policy was introduced last month to help prevent the spread of the novel coronavirus.

There have been a handful of similar cases.

On Tuesday, a man was taken into police custody for swearing and making a fuss on a bus after the driver asked him to wear a mask.

Late last month, a man in his 60s was booked for assaulting a bus driver for the same reason. 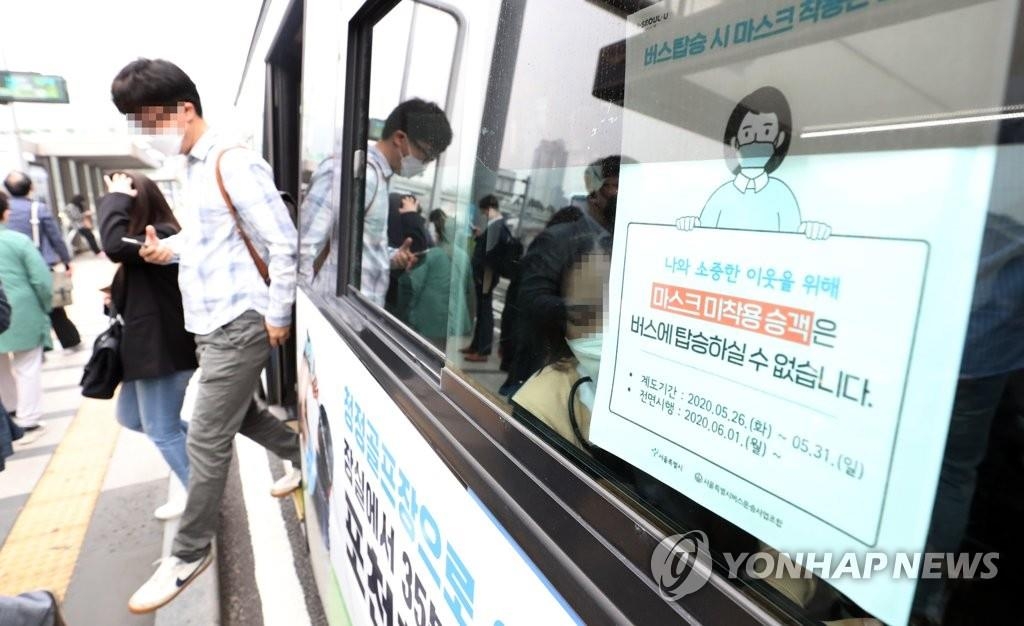