In his upcoming memoir, "The Room Where It Happened," set to be published Tuesday, Bolton wrote that Moon came to Washington on April 11, 2019, to discuss the aftermath of the failed Hanoi summit two months earlier between Trump and Kim.

Moon suggested Trump and Kim meet again at Panmunjom, inside the Demilitarized Zone dividing the Koreas, or on a U.S. naval vessel, because he wanted "something dramatic to generate momentum for what he thought could be the summit of the century," according to Bolton. 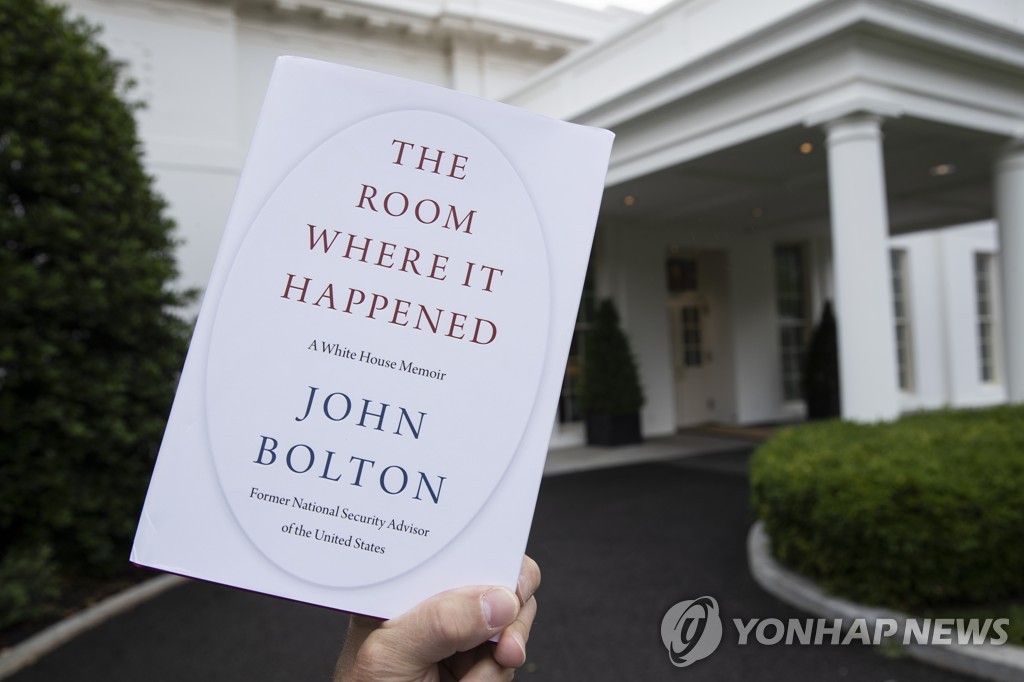 "Trump cut through the monologue, which was fortunate, because he had seemed to be falling asleep, stressing that he appreciated Moon's ideas, but underlining that his desire was for the next summit to produce an actual agreement," the former adviser recalled. "Meeting once without a deal was not a problem, but no one wanted to walk away twice."

Bolton claimed that Moon was still worried about form rather than substance, "but what was really uppermost for him was stressing he was available to join Kim and Trump."

"Trump was not biting, insisting that there had to be a deal to eliminate North Korea's nuclear weapons before there was another summit," he wrote.

Two months later, however, Trump was entertaining the idea of meeting Kim at the DMZ. He tweeted out his invitation to the North Korean leader while in Japan to attend a Group of 20 summit.

Bolton wrote that Trump had been "managing Moon's attempts to get into what seemed increasingly likely to be a Kim-Trump meeting."

"Trump wanted Moon nowhere around, but Moon was determined to be present, making it a trilateral meeting if he could," he said. "I entertained the faint hope that this dispute with Moon could tank the whole thing, because it was certain Kim didn't want Moon around."

Before heading to the DMZ on June 30, Moon and Trump had a restricted bilateral meeting at Cheong Wa Dae, during which they discussed details of their plans.

"Moon asked about the plan for the DMZ. Trump said we didn't know what the plan was," Bolton wrote. "Contrary to reality, Trump said Kim had asked to meet him, but suggested he and Moon go to the DMZ and meet together so it would look great for Moon."

Bolton wrote that this contradicted what Trump had been telling his team, so Secretary of State Mike Pompeo interrupted to explain the latest arrangements with the North Koreans, including the format for the Trump-Kim meeting.

"Moon said the paramount issue for Trump was to have the meeting," Bolton recalled. "However, when Kim entered South Korean territory, it wouldn't look right if Moon wasn't present, suggesting that he greet Kim and then hand him over to Trump and depart. Pompeo interjected again that we had presented Moon's view the night before, and the North Koreans rejected it."

Trump responded that he would much rather have Moon present, but that he could only pass along what the North wanted, which, according to Bolton, was "a completely fanciful account."

"Moon persisted, recalling that there had been several instances of Presidents visiting the DMZ, but this was the first time South Korean and US Presidents would be there together," he wrote.

"Perhaps, Trump suggested, Moon could send him off to the DMZ from Seoul, and then they could meet again at Osan air base during the meet-and-greet with US soldiers," he added. "Moon wasn't having any of that, pressing that it was better if he accompanied Trump to OP Ouellette (a DMZ observation post named for a US soldier killed in the Korean War), then they could decide what to do next."

In the end, Bolton said, "Trump said anything Moon wanted to do was fine with him, and they could go to OP Ouellette together."

"In response to another Trump question," he added, "I assured him that that was the plan."