SEOUL, June 22 (Yonhap) -- The prosecution on Monday indicted key suspects in a high-profile Telegram sex abuse case on additional charges after concluding that the online ring can be seen as a criminal organization.

The Seoul Central District Prosecutors Office, which is looking into the case involving underaged victims, said it has indicted Cho Ju-bin, 24; Kang Hoon, 18; and six others on charges of organizing, joining and running a criminal organization.

The move came after prosecutors concluded the ring, which allegedly blackmailed 74 minor and adult victims into filming sexually exploiting content, is a criminal organization consisting of 38 members.

The prosecution factored in how members of the chat room had different roles in orchestrated crimes, followed internal rules and profit-sharing procedures, continued on with their crimes for roughly six months and took part in activities aimed at boosting group solidarity.

Prosecutors plan to extend their probe to 30 others members who have not yet been indicted.

A series of sex crimes using mobile messaging app Telegram shocked the country after it was revealed that operators of group chat rooms made profits by selling obscene, and sometimes gruesome, photos and videos produced by blackmailing and coercing victims.

In a rare decision, the identities and personal information of some key suspects, including Cho and Kang, were made public. 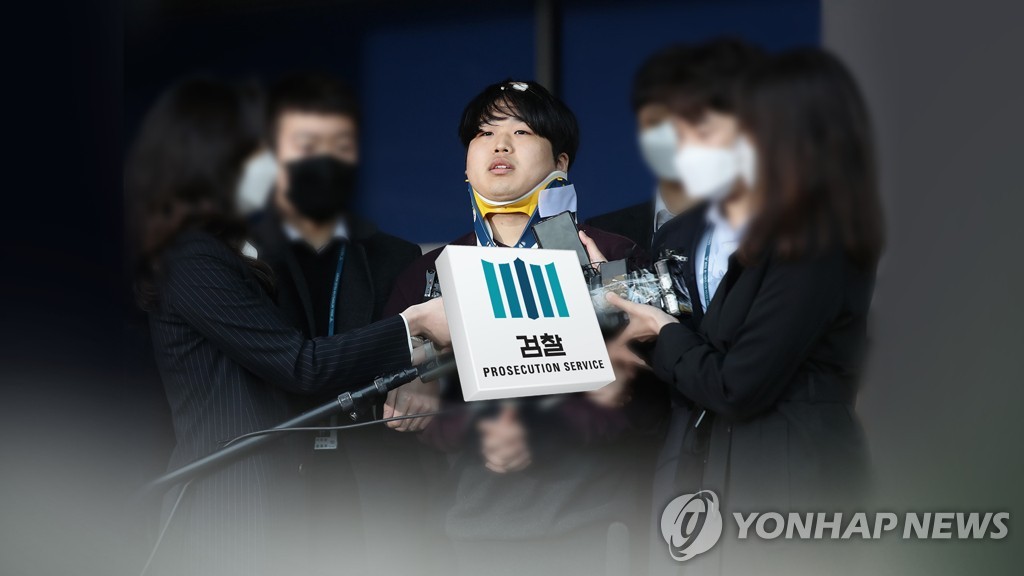