The producer price index for all commodities and services came to 101.98 in the month, nearly unchanged from the revised 101.93 for April, according to preliminary data from the Bank of Korea (BOK).

From the same month last year, the reading marks a 1.7 percent decline. Producer prices serve as a key barometer of future inflation. 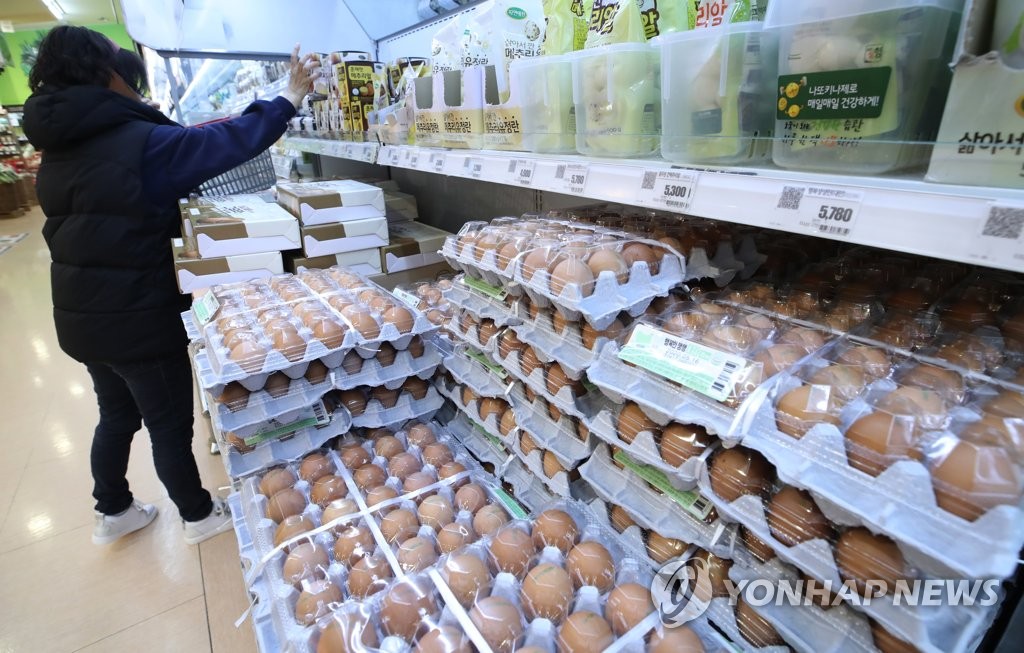 The local government earlier said the country's consumer prices dipped 0.3 percent from a year earlier in May, largely due to a cut in consumption caused by the new coronavirus outbreak and also a drop in global oil prices.

The BOK noted low oil prices again led to a fall in the price of manufactured goods.

The producer price index of industrial goods slipped 0.2 percent from a month earlier to 97.88 in May.

The index for farmed products, on the other hand, added 2.7 percent on-year to 122.96, according to the BOK.

"The index rose 2.7 percent from the previous month as the indices of agricultural, livestock and fisheries products all rose on increased consumption that followed the government's provision of emergency relief funds," the BOK said.

Seoul began providing up to 1 million won (US$822) to each and every household in early May, with some 12.7 trillion won out of the total 14.3 trillion won distributed as of end-May.

The use of the special allowance has been limited to small consumer goods and services as it was intended to help small- and medium-sized businesses, as much as local households, hit by the COVID-19 pandemic.

The price index for the service sector gained 0.1 percent from a month earlier to 106.07 in May, according to the BOK.