During the 43rd session held in Geneva, Switzerland, the council, consisting of 47 member countries, passed the resolution by consensus.

"(The council is) deeply concerned at the systematic, widespread and gross human rights violations in the Democratic People's Republic of Korea that, in many instances, constitute crimes against humanity," it said, using the North's official name.

The resolution also said the human rights situation in North Korea may "further deteriorate by the current threat of COVID-19, emphasizing the importance of timely assistance" to North Koreans. 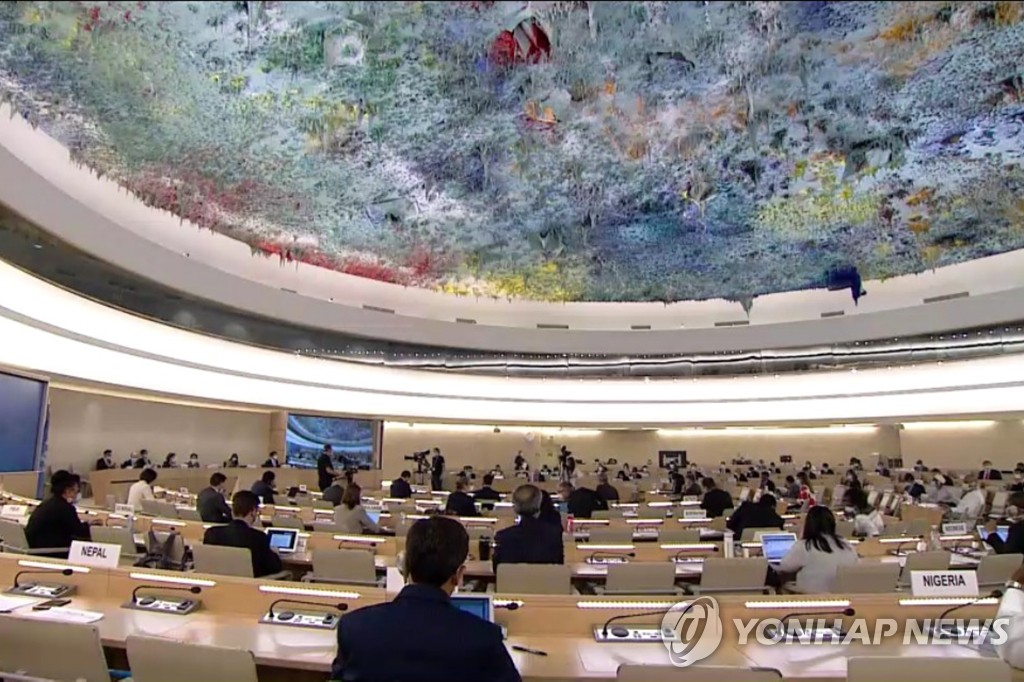 South Korea did not participate in co-writing the draft resolution, submitted by the European Union, for the second straight year.

"South Korea took part in adopting the resolution under the basic principle that it will work together with the international community to practically improve human rights situations in North Korea," the government said.

But the South did not co-write it, apparently in consideration of inter-Korean ties and its efforts to bring permanent peace to the peninsula.
(END)