BUSAN, June 23 (Yonhap) -- At least 16 cases of the new coronavirus were reported Monday on a Russia-flagged ship which entered the southeastern port city of Busan late last week, according to health authorities and a union of port workers.

Of 21 sailors aboard the 3,401 ton-refrigerator vessel, 16 people tested positive for COVID-19, according to health officials.

The ship, which departed from Russia's Vladivostok, arrived at Busan Port on Friday and has been docked at Gamcheon Port in the city since early Sunday.

The crewmembers took tests earlier in the day after the Busan authorities were informed that the captain, who returned a week ago to Russia after showing symptoms, tested positive.

The 16 patients are isolated inside the ship.

Around 160 people who came into contact with the patients are currently in isolation, according to a union of port workers. Most of them are port union workers who boarded the ship to help with unloading and ship repair.

At least 34 workers had close contact with the infected sailors.

Most of them are said to have not taken proper preventative measures, like wearing masks, stoking concerns about more infections.

The new cases put health authorities on high alert at a time when they are struggling to cope with continued rises in cluster infections especially in the greater Seoul area.

The Korea Centers for Disease Control and Prevention (KCDC) reported 17 new cases, including 11 local infections, on Monday raising the total caseload to 12,438. 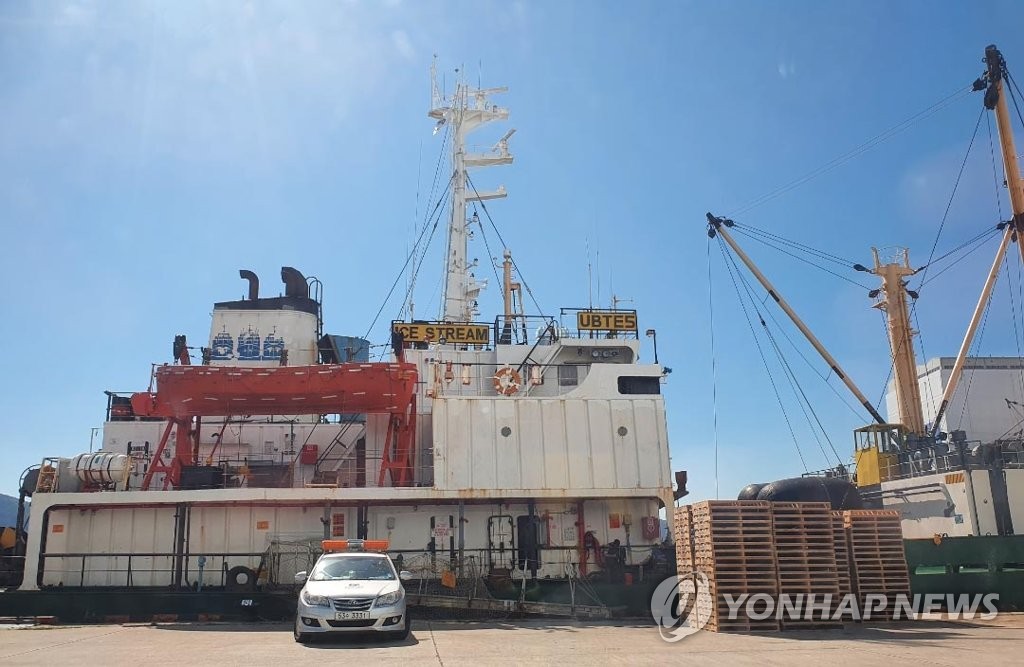