SEOUL, June 23 (Yonhap) -- A U.S. spy plane flew over South Korea on Tuesday, an aviation tracker said, the latest in a series of flights apparently aimed at monitoring North Korea amid bellicose rhetoric and threats from the communist nation.

The RC-12X Guardrail was spotted in the skies above South Korea in the morning, No Callsign tweeted.

On Monday, six of the same type of plane were seen operating, along with the U.S. Air Force's RC-135W Rivet Joint, in a rare sign of ramped-up surveillance over North Korea.

Tensions on the Korean Peninsula have been sharply escalating after North Korea threatened military action and other retaliatory measures against South Korea in protest of anti-Pyongyang propaganda leaflets sent across the border by defectors and other activists here.

The North blew up an inter-Korean liaison office in its border town of Kaesong last week, and has been setting up propaganda loudspeakers inside the Demilitarized Zone, which were dismantled following a summit between President Moon Jae-in and North Korean leader Kim Jong-un in 2018. 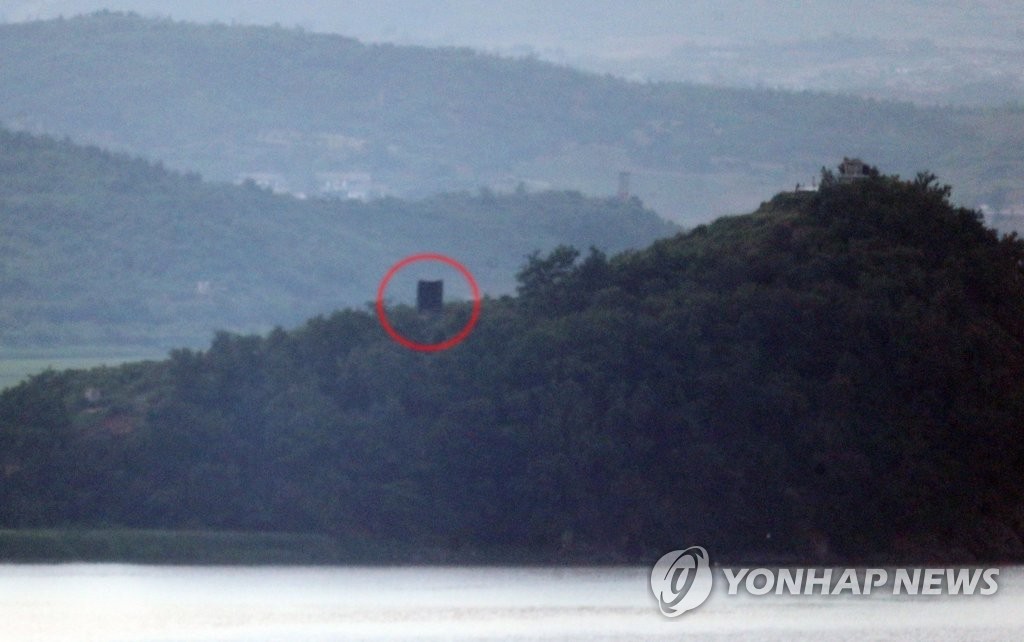