SEOUL, June 23 (Yonhap) -- President Moon Jae-in pressed the National Assembly in an unusually strong tone Tuesday to approve the government's plan for another batch of supplementary budgets intended to support South Korea's fight against the new coronavirus and curb its impact on the economy.

His call came as the parliament is still in limbo due to partisan strife over the selection of the heads of major standing committees.

Three weeks earlier, the Moon administration submitted a bill on allocating 35.3 trillion won (US$29 billion) worth of extra budgets. It represents the third package of additional budgets sought by the government in response to the COVID-19 crisis.

For the people and companies in trouble, it is a "very regrettable situation," the president said in front of pool reporters and TV cameras at the outset of a weekly Cabinet meeting held at Cheong Wa Dae.

"It is an urgent situation," he said. "The delay in handling the supplementary budget bill would increase the suffering of the people." 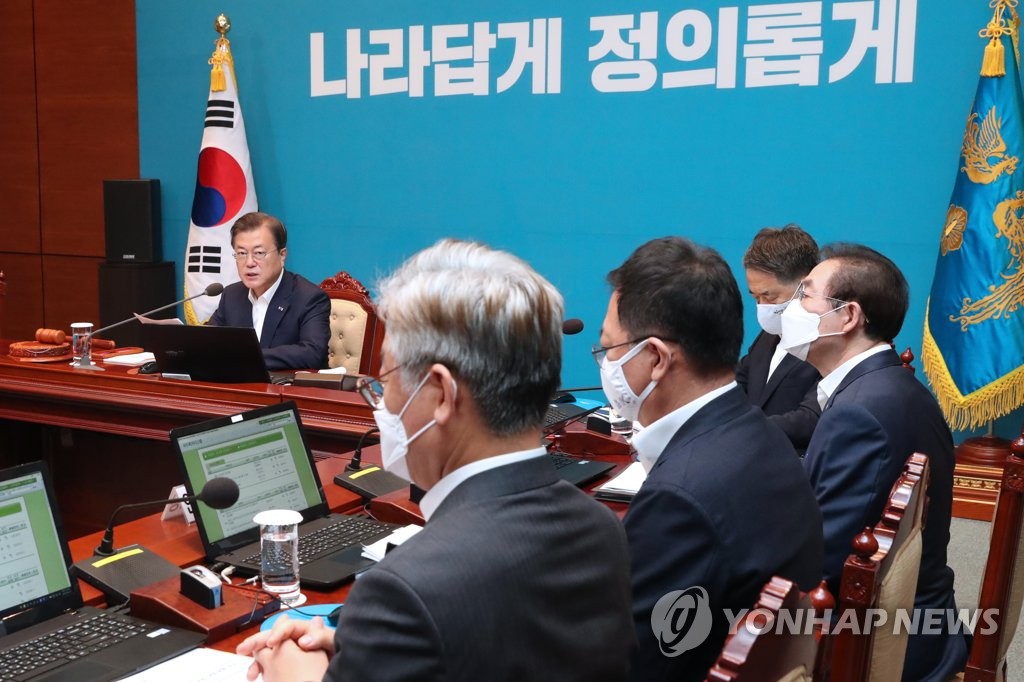 He added it would also derail a scheme to advance economic recovery.

While the operation of the National Assembly is up to lawmakers, they should not hold up such an issue "directly connected with the people's lives and living," Moon stressed. "It is a more urgent and desperate task than any other thing to protect the lives of the people."

He cited growing worries about a potential second wave of the pandemic.

Concerns have been mounting about the unrelenting spread of the virus, especially in Seoul, Incheon and Gyeonggi Province.

Health authorities here said the capital area is already in the second wave of the COVID-19 outbreak, as they have struggled to contain a resurgence that is eroding the nation's springtime success in responding to the virus.

Moon stressed the importance of guarding against further virus transmissions in the area.

"It is no exaggeration to say that the stability of the coronavirus situation depends on the capital area," Moon said.

Meanwhile, the president and the other participants wore badges embodying a part of the Korean national flag and the number 122,609, which refers to the Korean War dead who have yet to be recovered.

The flag image is used to cover the remains of deceased service members. Thursday marks the 70th anniversary of the outbreak of the 1950-53 conflict.