SEOUL, June 23 (Yonhap) -- A surviving Colombian veteran of the 1950-53 Korean War will share a collection of photos he took during his time of service here, as South Korea marks the 70th anniversary of the conflict this week.

The 152 photos, which retired Sgt. Maj. Gilberto Diaz Velasco took, will be exhibited online on the War Memorial of Korea website for the next six months starting Friday, the Colombian Embassy in Seoul organizing the event said Tuesday.

Fifty other photos, provided by several other Colombian war veterans, will also be on display.

One of Diaz's photos, unveiled to media prior to the exhibition launch, shows himself and a fellow soldier, both clad in full sets of winter combat outfits like thick jumpers and furry caps, on an unidentified field covered in snow -- a scene that is impossible to see back in his homeland.

"It was very tough and challenging for me to adapt to the weather after I arrived in Korea, because we don't have winter in Colombia," Diaz said through an interpreter via a video call during a press conference in Seoul.

He then showed the camera that he used to take those photos -- a Kodak he bought in Japan for five dollars back then and which he says, even today, works "perfectly fine." 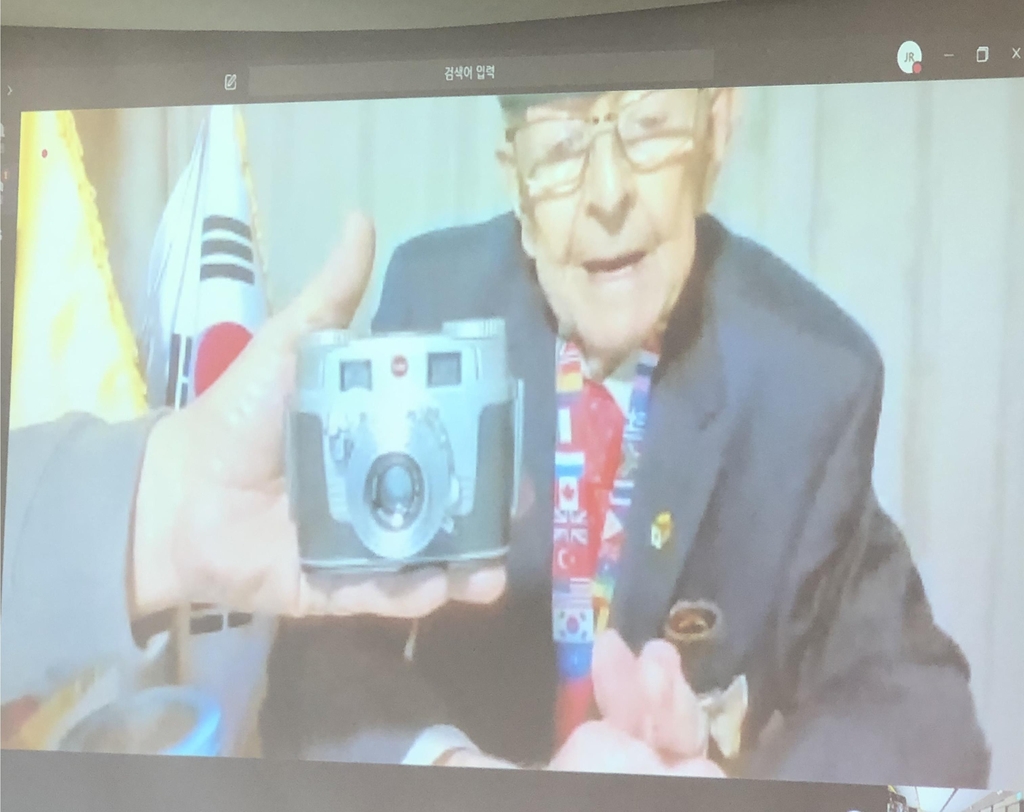 Diaz arrived in Incheon in June 1951 and served for 14 months. He is also a survivor of the fierce Battle of Old Bardy that took place at the height of the conflict in Yeoncheon, a border county north of Seoul.

Diaz, 86, said he still recalls the moment in the wake of an ambush during the battle when he found himself in a field of dead bodies and had to look through them to find his closest peer.

"I couldn't tell which body belonged to him. Then I remembered he had a mustache. Not many had one. So I started touching the faces until I was able to recognize him by the mustache," he said.

Colombia was the only Latin American country to dispatch troops to the three-year conflict. Around 6,000 soldiers fought in the war under the U.N. flag against the North Korean forces backed by the Soviet Union and China.

Diaz said that contributing the photos has made him realize that he had a pure history in his hands.

"I wanted to reflect the daily lives of soldiers. But I know how important these pictures are not only for me, in general, but for world history."