In a weekly Cabinet meeting chaired by Moon, its members approved the bills on labor unions, civil servants' unions and teachers' unions.

The government is seeking to revise relevant laws in a push for the ratification of three conventions of the International Labor Organization (ILO).

The three are No. 87 on freedom of association, No. 98 on the right to organize and collective bargaining and No. 29 on the prohibition of forced labor. 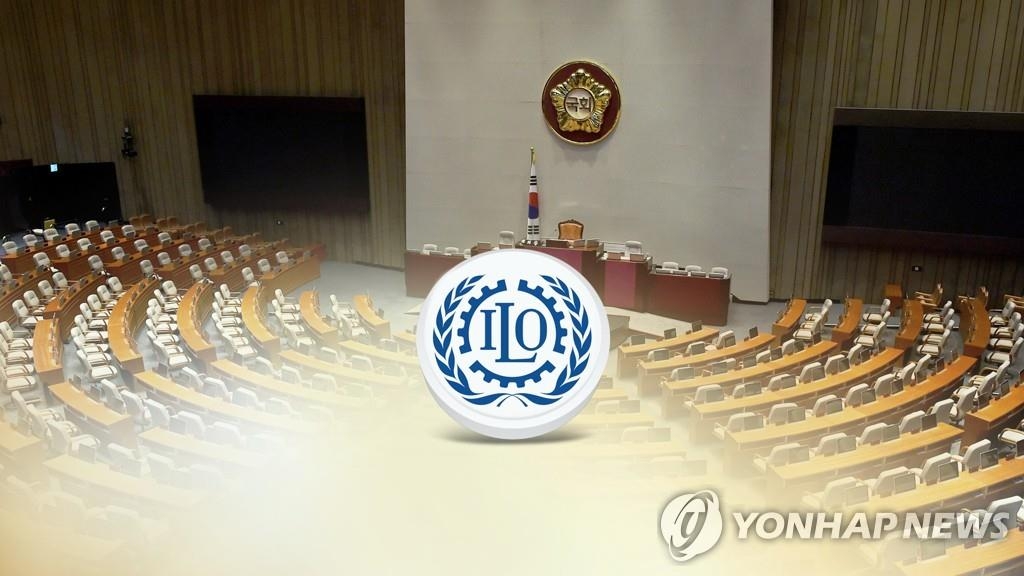 South Korea joined the ILO in 1991, but it has yet to ratify four of the eight core conventions.

Last year, the government submitted the revision bills to the National Assembly, which failed to get passed amid the conservative main opposition United Future Party's resistance. After the bills were automatically scrapped with the end of the 20th parliament, the government took a legal procedure to submit the bills again to the new parliament.

The government also plans to submit to the National Assembly a ratification motion for the three ILO conventions through a Cabinet meeting early next month.

Still, it remains uncertain whether or how soon the National Assembly will pass the bills.

Business leaders here are staunchly against the bills, saying it's premature for the country to adopt them. They argue that it's necessary to introduce sufficient legal measures to counter illicit strikes and other collective actions by workers.

They also cite deepening woes over the economic crisis from the COVID-19 pandemic.