SEOUL, June 24 (Yonhap) -- The International Committee of the Red Cross (ICRC) has unveiled dozens of long-kept photos of the Korean War, providing a rare glimpse into devastation, plight and even the resilience people demonstrated with seemingly little hope on the horizon.

Yonhap News Agency obtained the 70 black-and-white still images taken by the ICRC and published them on Wednesday in time for the 70th anniversary of the outbreak of the 1950-53 conflict. This is the first time that the Geneva-based organization has disclosed such a large number of photos related to the war. 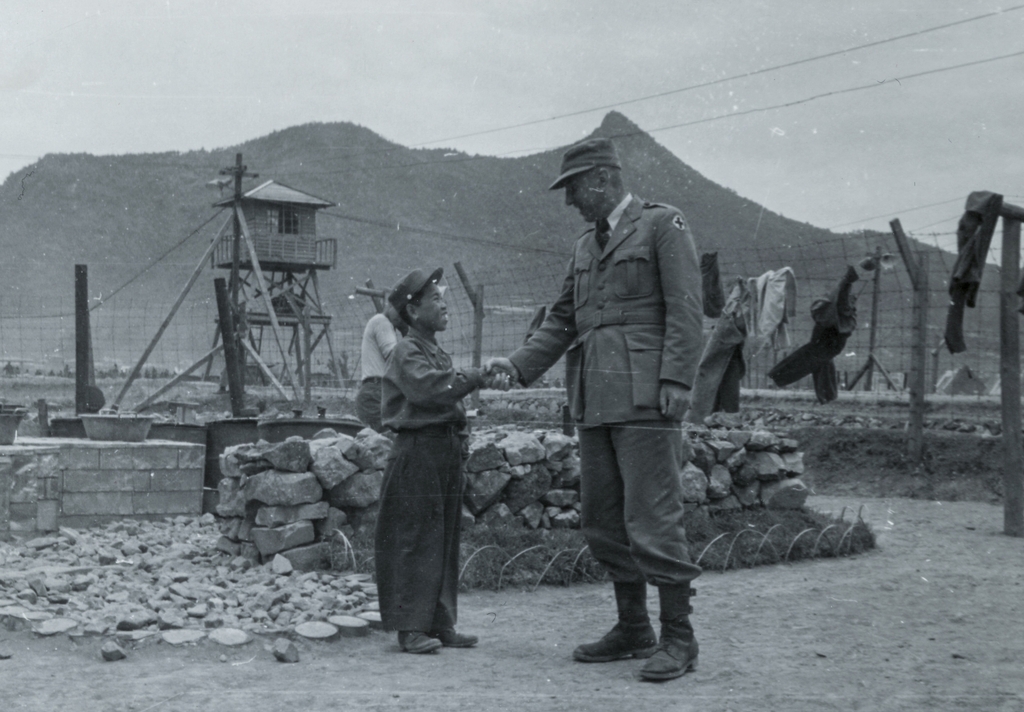 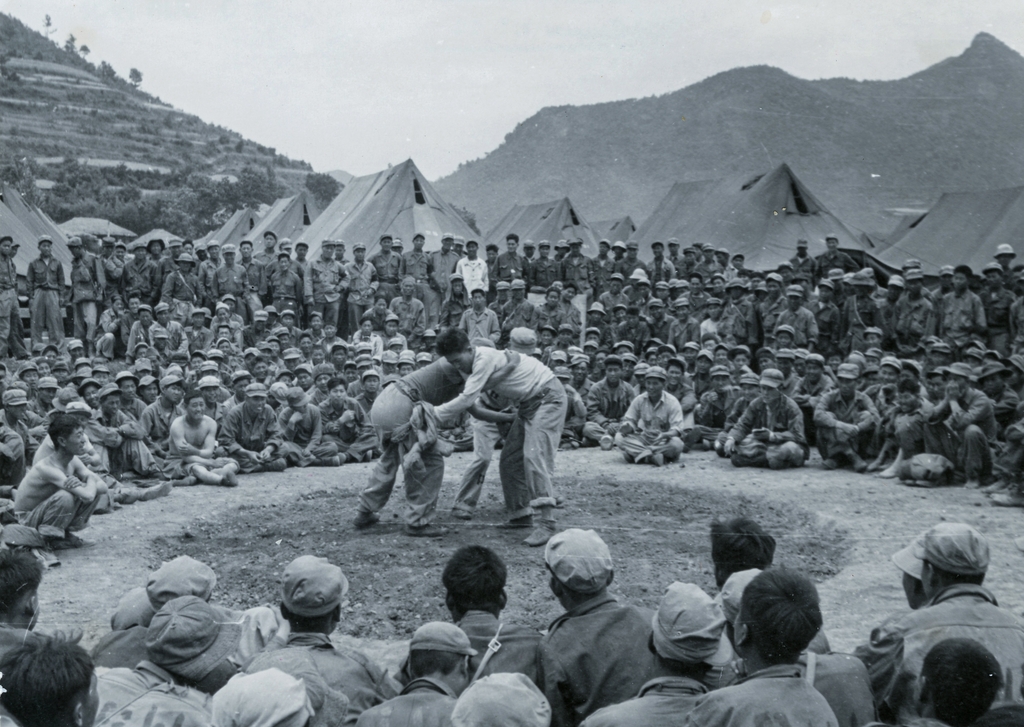 Most of the photos feature life in makeshift prisoners of war camps built in places including the southern island of Geoje and the southeastern port city of Busan, where North Korean and Chinese POWs were held.

Among them, one photo shows a little boy in a hat and loose-fitting trousers broadly smiling and shaking hands with an ICRC official at the Geoje camp. Details on his identity were not available, but the photo shows that even the abject reality could not mask the child's naivete. 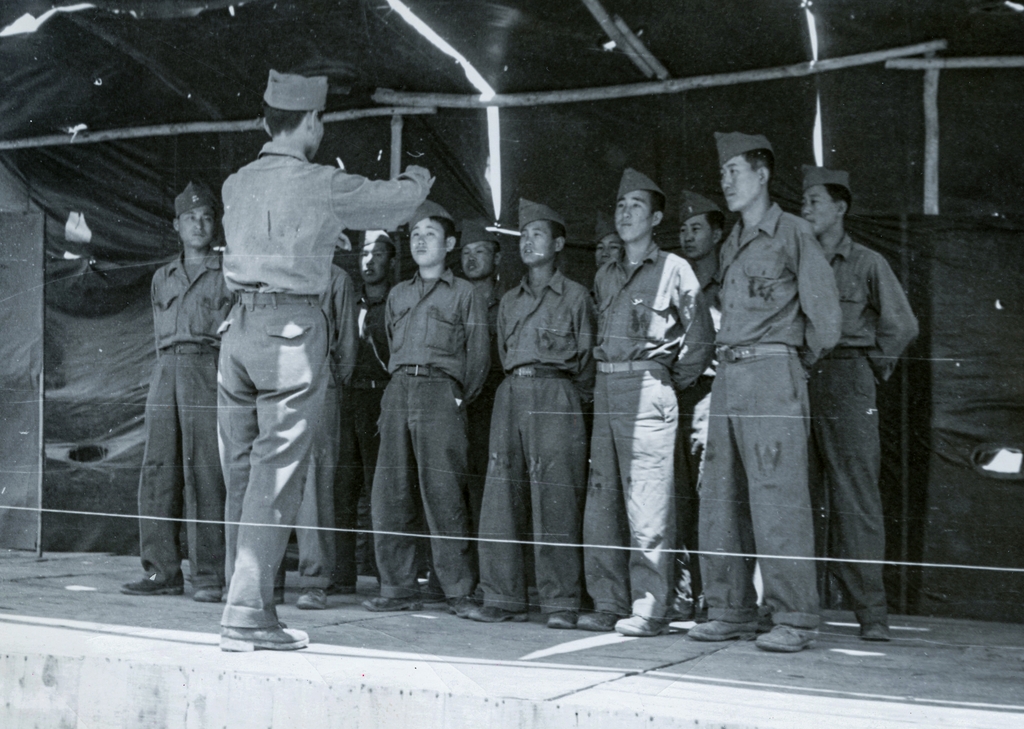 Some photos show POWs engaging in various sports and recreational activities, which were mostly enforced by the ICRC to help them stay in good health and adjust to life in the camps.

A crowd of people were seen watching a "ssireum," or traditional Korean wrestling, match. A small group of people were also photographed singing and dancing together on stage.

The ICRC also disclosed some photos related to the exchange of injured or ill POWs with North Korea. The pictures were taken in Munsan, a town just south of the current inter-Korean border, in May 1953, a month before the war ended in a truce, according to the ICRC. 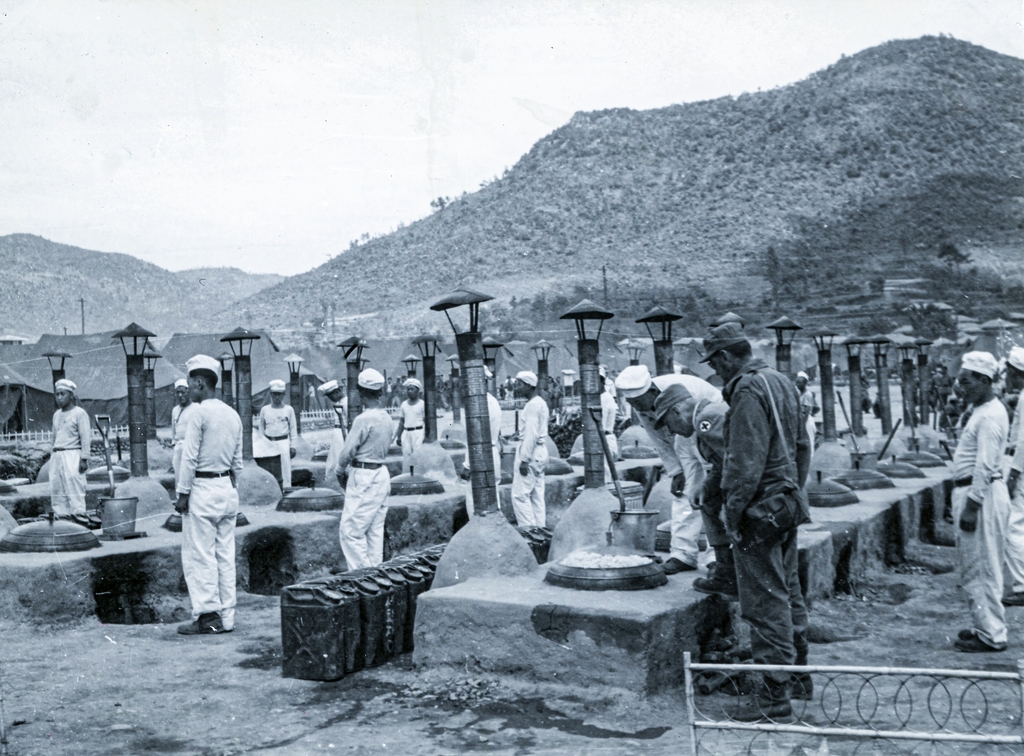 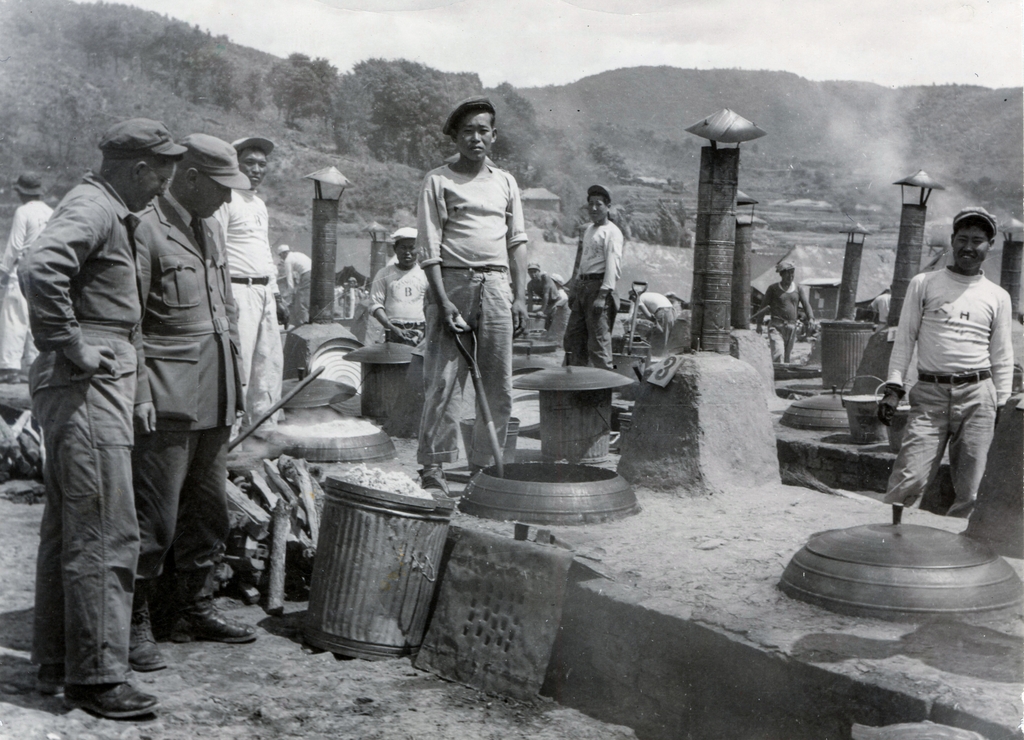 Along with the POW pictures, almost flattened Seoul, long lines of refugees and even people venturing out to sell things despite the lingering threat of bombing were also captured through the lenses of ICRC staff. 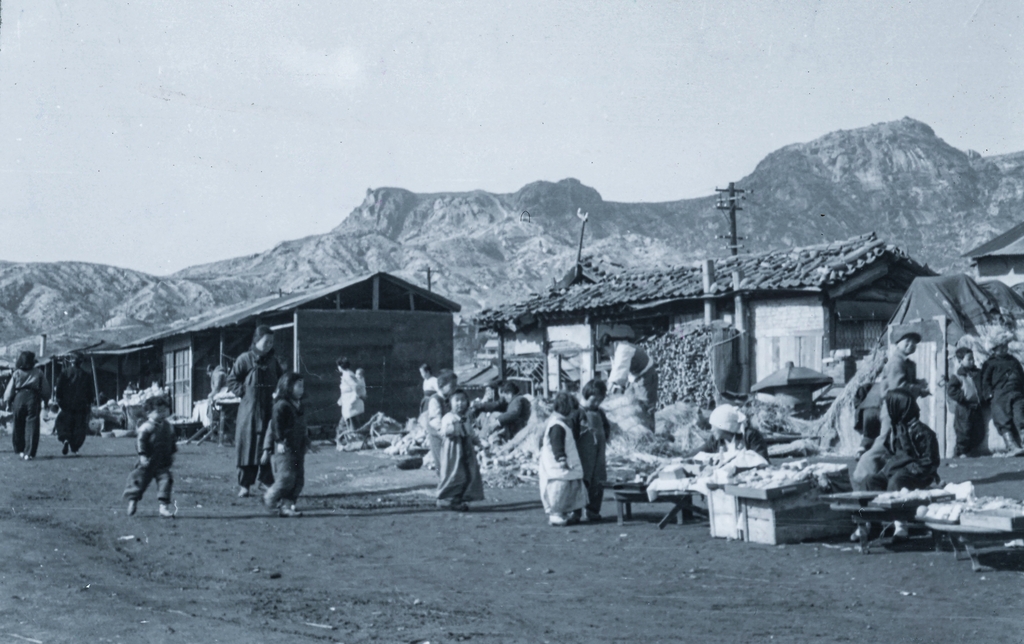 According to government data, about 140,000 South Korean troops were killed in action during the three-year conflict that left the Korean Peninsula in ruins, while some 450,000 were injured.

The ICRC sent its staff to the Korean Peninsula almost from the outset of the war to monitor whether POWs and refugees were treated humanely in accordance with the third Geneva Convention.

The third Geneva Convention was adopted in 1929 and revised in 1949 to call for humane treatment of POWs. It was applied for the first time since the revision during the Korean War. 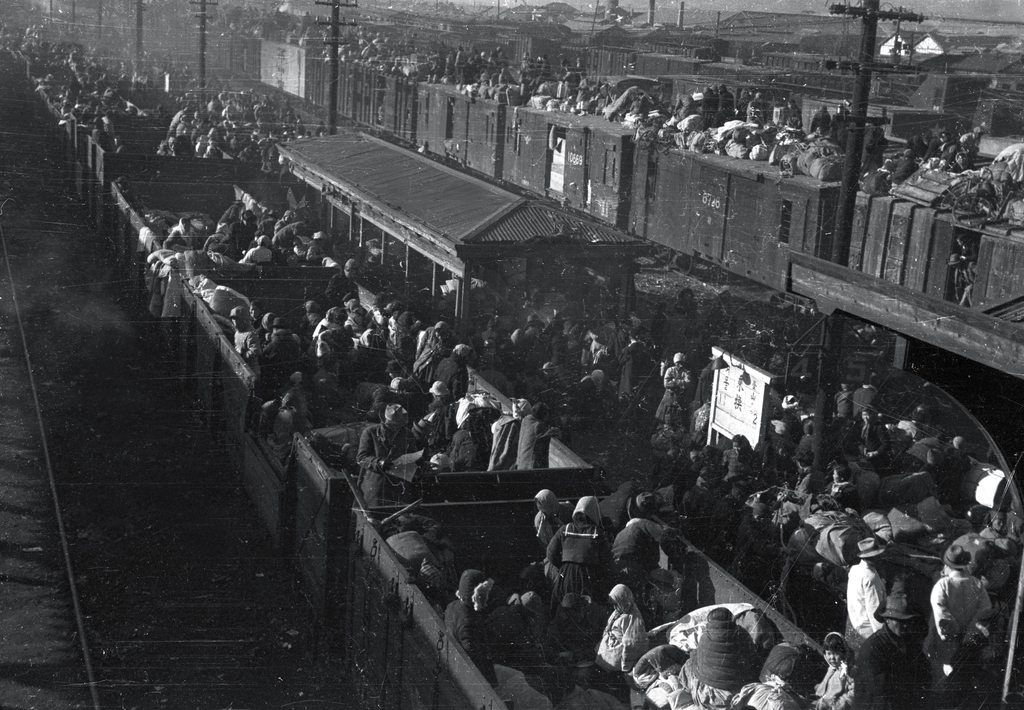 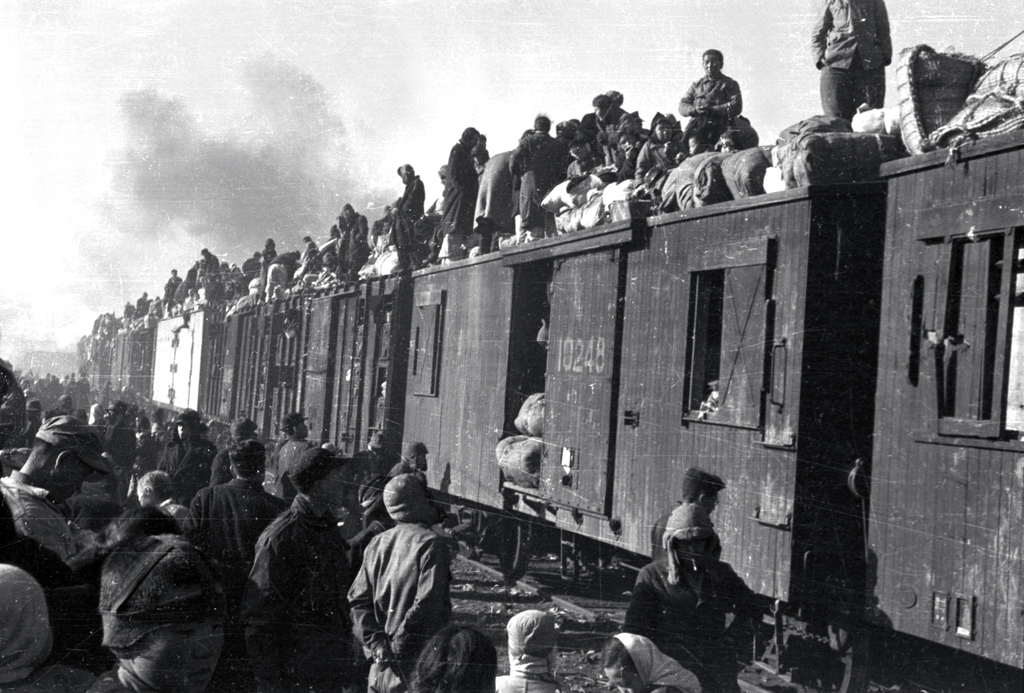 "The International Committee of the Red Cross is a neutral, independent and impartial humanitarian organization, which provides protection and assistance to affected populations in armed conflicts and other emergencies," Charles Sabga, head of the ICRC's Seoul office, told Yonhap.

"The ICRC is pleased to commemorate the 70th anniversary of the Korean War by sharing some ICRC photos of historical significance," he added.

Launched in 1863, the ICRC is one of the oldest global humanitarian organizations mostly involved in wartime assistance. It opened its offices in North and South Korea in 2002 and 2015, respectively.