SEOUL, June 23 (Yonhap) -- Two U.S. aircraft carriers have been deployed to the 7th Fleet area for dual carrier operations, the U.S. military has said, amid heightening tensions on the Korean Peninsula with the North threatening to take military action against the South.

The USS Theodore Roosevelt (CNV71) and the USS Nimitz (CVN 68) conducted dual carrier flight operations in the Philippine Sea starting Sunday, according to the U.S. Indo-Pacific Command. The operations wrapped up earlier in the day.

The Korean Peninsula is included the 7th Fleet's operational area.

The deployment appears largely aimed at pressuring China, but some watchers say the recent developments on the Korean Peninsula could have been taken into consideration in their move.

Last week, North Korea blew up an inter-Korean joint liaison office in its border town of Kaesong, threatening to take further military action in anger over Seoul's failure to stop defectors and activists from sending anti-Pyongyang leaflets across the border.

In November 2017, the two flattops, along with the USS Ronald Reagan based in Japan, entered the South's military operation zone for four days of maneuvers in an unprecedented show of force against North Korea's provocations. It marked the first time the South's Navy conducted combined training with three U.S. aircraft carriers. 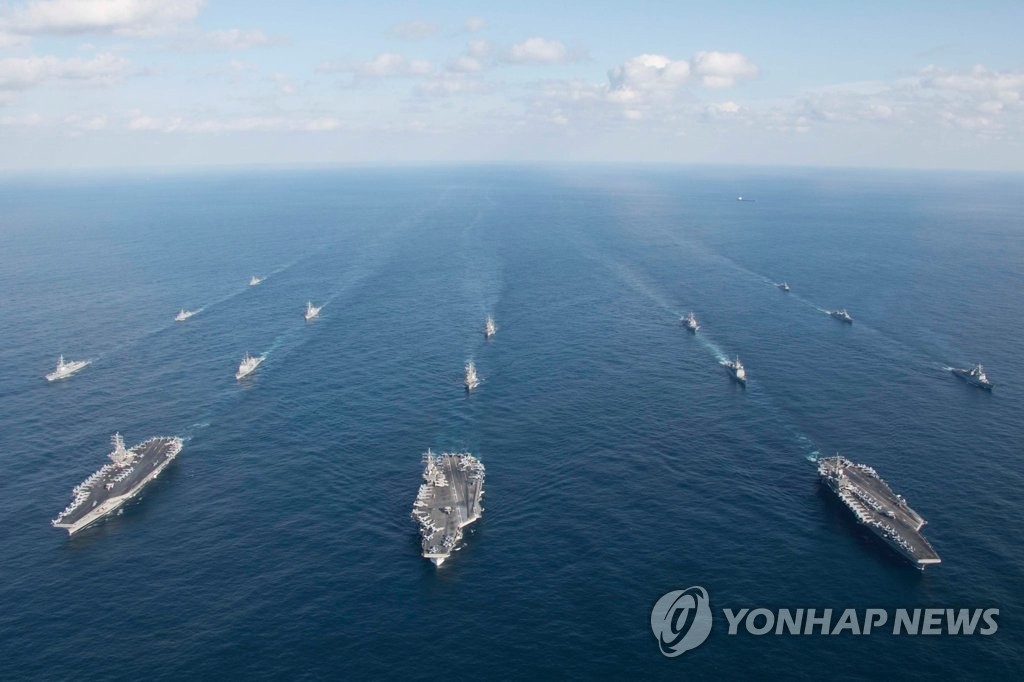