Through two joint forensic reviews, South Korea and the United States identified 147 sets as those of South Koreans.

After a solemn ceremony held in Hawaii earlier in the day, the remains were repatriated to coincide with the 70th anniversary of the outbreak of the Korean War on Thursday. The heros will be welcomed home in an official ceremony by President Moon Jae-in. 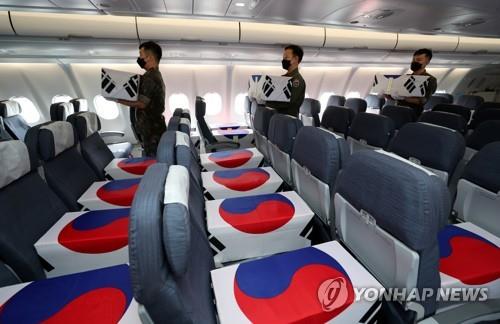 The box was later carried to the South Korean Air Force's KC-330 aircraft along with the other 146 sets, and arrived at Seoul Air Base in Seongnam, southeast of the capital.

Six Air Force fighters were mobilized to provide air cover when the aircraft entered Korea's air defense identification zone, in honor of the fallen soldiers, according to Seoul's defense ministry. 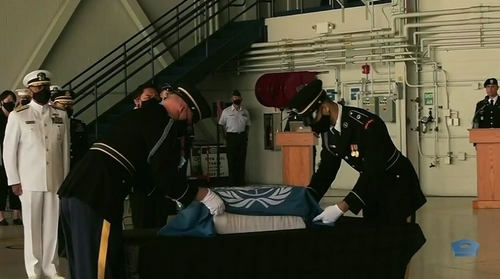